No, This Isn't a Real Bear-Shaped Island

The pic does not bear up under scrutiny. 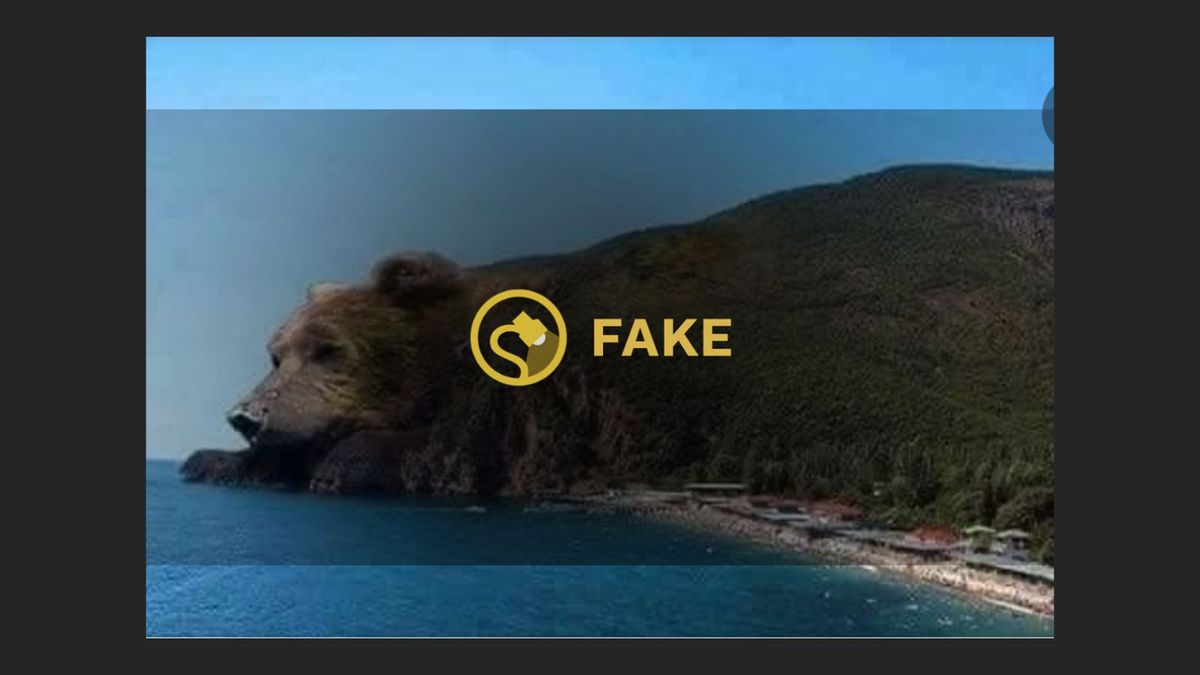 Claim:
An island in a viral photograph has a rock formation literally shaped like a bear's head.
Rating:

In August 2022, Snopes readers inquired about a photograph allegedly showing an island with a mountain formation literally shaped like a bear's head. The picture above is not real, although it is a digitally altered version of a photograph of a real island. The summit of the actual formation (which bears no visual resemblance to a bear's head) is called Ayo-Dag, which, translated to English from Crimean Tartar, means Bear Mountain.

The island is located in Crimea, a peninsula that was under Ukrainian control until the Russians invaded Ukraine in 2014. As of this writing, the region is part of a bitter land dispute.

The original, unaltered photograph can be found on the website of GuiaRus, which advertises itself as a travel company. In the original image, the island's edge simply slopes into the sea.