The video, which showed the "first person to climb the Bean," was almost convincing. 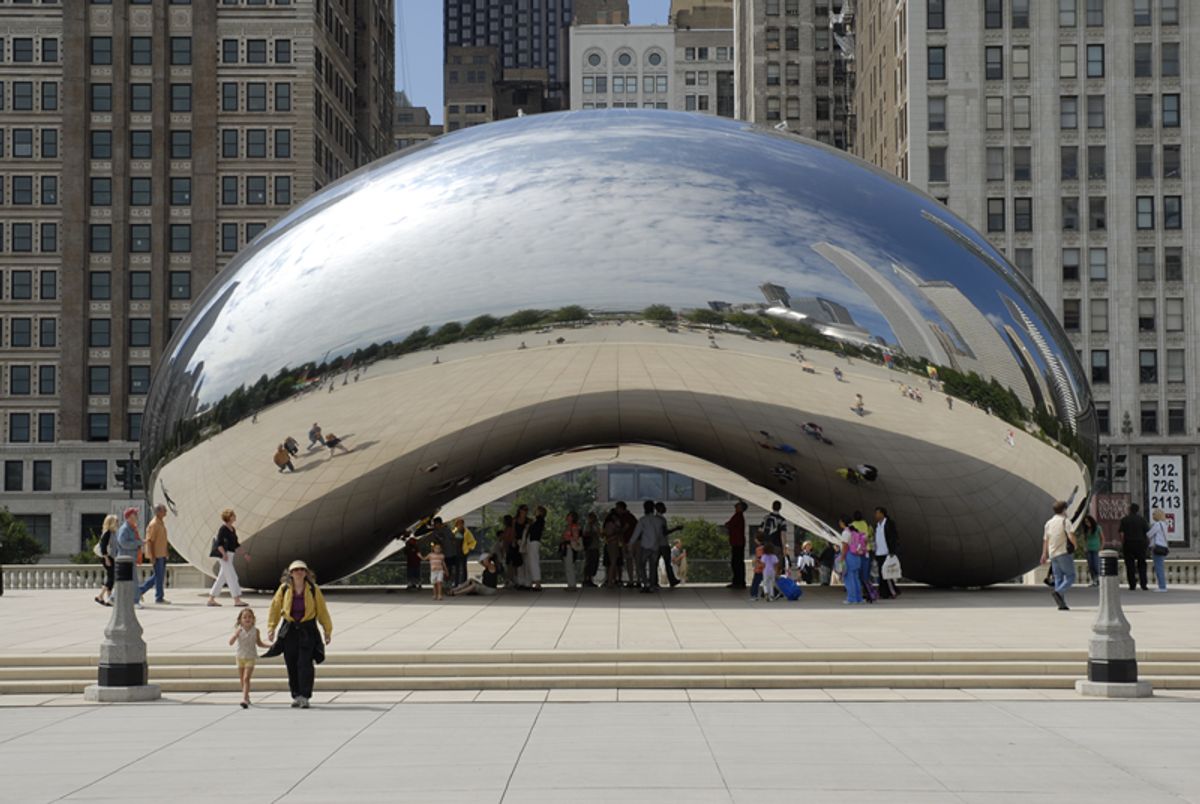 Image Via City Of Chicago

Claim:
A video shows the first person to climb "the Bean" in Chicago.
Rating:

On 27 February 2016, a video purportedly showing the first person to climb "the Chicago Bean," an art installation in downtown Chicago officially named "Cloud Gate," started circulating on the internet.  It shows a man standing atop the installation waving to his friends, who point at him and wave back.

However, there's a more compelling reason than that incidental one.  The "first person to climb the bean" video was created by Chicago filmmaker Aron Ianchici. While the filmmaker first shared the video along with a claim that it was authentic — "Matthew S. Leahu actually did it.. He actually climbed the bean props to being the first homie!!!!!! ‪— he later readily admitted that it was faked:

The above-displayed video does not show the "first person to climb the Bean," and so far, the sculpture's unique shape and glossy surface has prevented any wishful Bean climbers from accomplishing the feat:

The 110-ton elliptical sculpture is forged of a seamless series of highly polished stainless steel plates, which reflect Chicago’s famous skyline and the clouds above. A 12-foot-high arch provides a "gate" to the concave chamber beneath the sculpture, inviting visitors to touch its mirror-like surface and see their image reflected back from a variety of perspectives.

Inspired by liquid mercury, the sculpture is among the largest of its kind in the world, measuring 66-feet long by 33-feet high.