Is This 'Beach Spider' Dangerous to Humans? 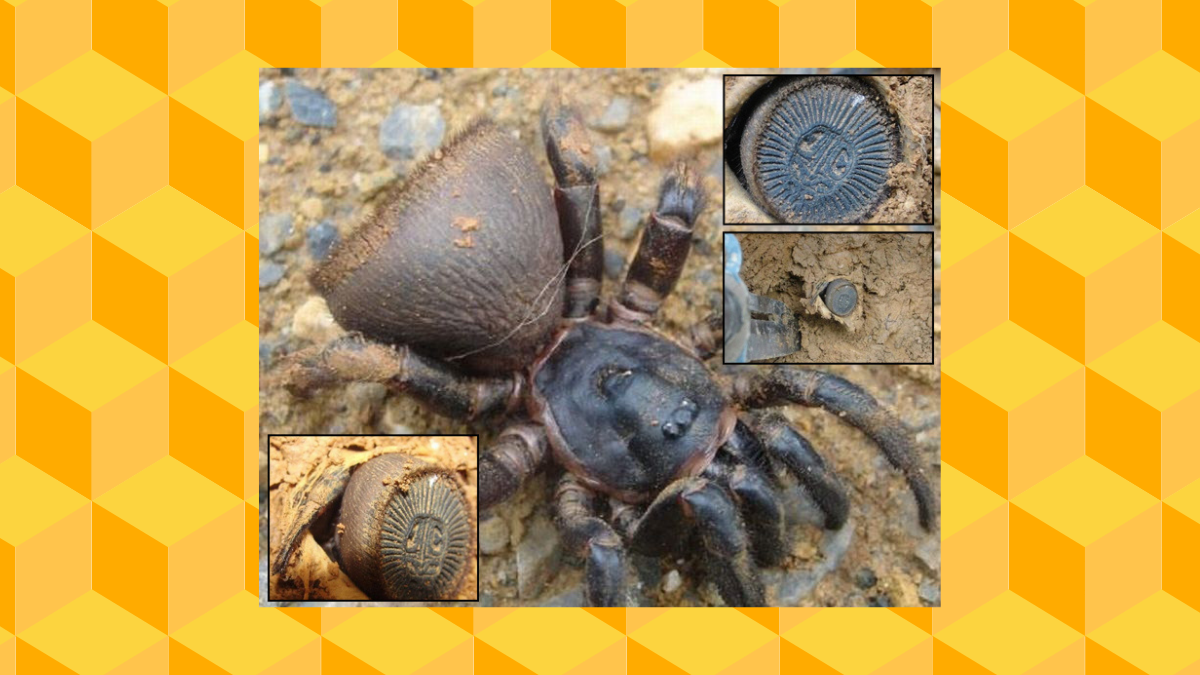 Claim:
A photograph shows a poisonous "beach spider" whose bite can kill a human in five minutes.
Rating:

In November 2021, a message was circulated on social media warning people about a dangerous "beach spider" whose poisonous bite could kill a human in five minutes. While the photographs attached to this social media are genuine, this spider doesn't generally live on the beach, and its bite is not particularly dangerous to humans: These photographs show a species of a trapdoor spider, a spider with an unusual abdomen that cuts off abruptly in a hardened disc shape that the creature uses to block burrows. These spiders aren't particularly venomous (this meme incorrectly uses the word "poison" which refers to a toxin that is ingested, as opposed to "venom" which refers to a toxin that is injected via a bite or sting), their sting won't kill a human in five minutes (or at all), and they aren't generally found on oceanside beaches.

These photographs were taken by Nicky Bay, a macro photographer, and show a cork-lid trapdoor spider that was collected in Thailand. The photographs show the spider while in captivity, not on a beach. Bay posted a thread about these pictures in February 2020:

NCMNS writes: "The trapdoor spider is venomous like most spiders, but its venom is comparable to a wasp sting, causing only minor pain and swelling. These arachnids are not aggressive and will only bite people in self-defense. If you find one in your home, it’s best to capture it in a container such as a jar and release it outdoors."

Ravine trapdoor spiders (Cyclocosmia truncata) have an interesting body shape. Unlike other trapdoor spiders, their abdomens are cut short to form a hard, patterned disc-like shape that serves as a stopper for their burrows. They use the width of their abdomens to seal themselves safely inside their dens, using their hardened backsides as a protective shield.

In addition to the fact that they are not unusually venomous, these spiders don't live on beaches near the ocean. They are typically found in wooded areas or in ravines on the slopes near rivers. The Georgia Department of Natural Resources writes:

This spider is restricted to mesic slope hardwood forest habitats (i.e., evergreen−broadleaf deciduous forests), often referred to as “oak-beech-magnolia” communities due to the prevalence of Quercus alba. (white oak), Fagus grandifolia (American beech), and Magnolia grandiflora (southern magnolia). Such environments are uncommon, highly localized, and limited to steep, usually north-facing slopes or bluffs. The north-facing bluffs and ravines associated with two drainages in particular − the Chattahoochee River and the Savannah River − are especially important habitat for this spider as well as noteworthy refugia for plant and animal species with northern, mountain-province affinities. These spiders prefer humid ravines where they inhabit steep slopes and near vertical moss-and-fern-lined banks of small streams.