The 1997 parade went down in history for its inflated float mishaps. 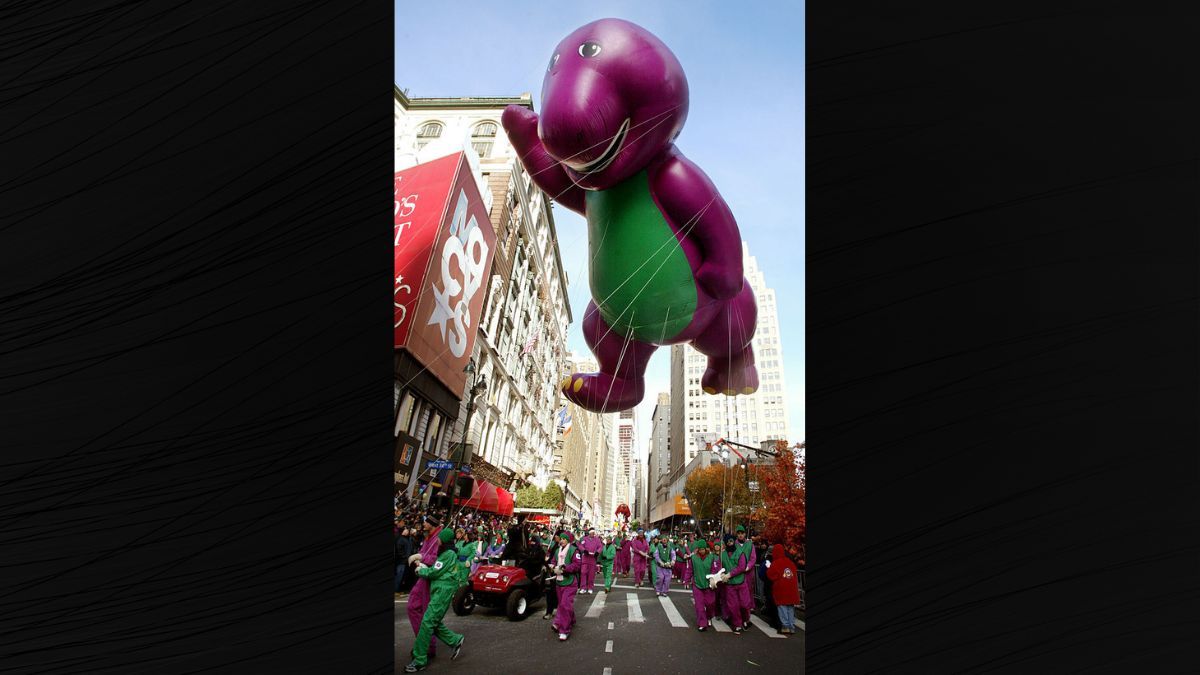 It was a scene almost straight out of the 1984 film "Ghostbusters" — or maybe even "Godzilla."

A giant, inflatable figure of the purple children's character Barney got out of its handlers' control, bursting and threatening to collapse on top of a crowd of onlookers. The scene was posted to social media on Nov. 24, 2022, on supposedly the 25th anniversary of the incident, but did it really happen?

The incident as represented in the tweet above did happen. It took place during the 1997 Macy's Thanksgiving Day Parade, an event held in New York City every year. The balloon fiasco was chronicled by The New York Times, which reported that winds that day reached 43 mph, making it a Herculean task to manage massive parade balloons, some as high as 60 stories tall.

Barney wasn't the only balloon to fall, according to the Times, which reported, "Barney suffered extensive damage and had to be removed at 51st Street. The Pink Panther succumbed at 42d Street. Quik Bunny and the Cat in the Hat limped away at 36th Street."

In fact, the 1997 Macy's parade was so notable for its high winds and balloon disasters, it has its own section on the Macy's parade fandom website dedicated to that year's inflated float mishaps.

No one was injured when the Barney balloon collapsed, but sadly that wasn't the case for the parade in its entirety. A bystander was left in a coma after the Cat in the Hat balloon struck a lamp post, causing debris to fall on her.