Did Barbara Bush Say Living in the Astrodome Was 'Working Very Well' for Hurricane Refugees?

Barbara Bush reportedly said that Hurricane Katrina refugees being housed in the Astrodome were 'underprivileged anyway, so this is working very well for them.' 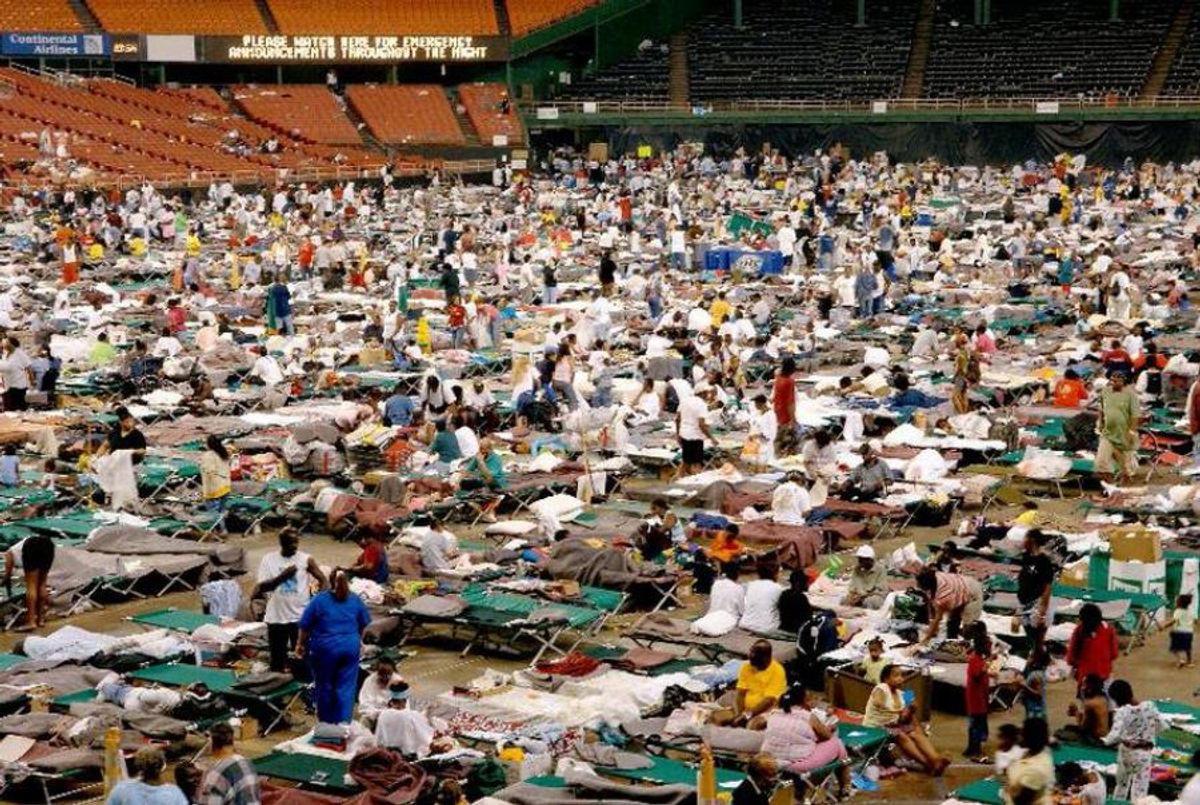 Claim:
Former first lady Barbara Bush said that Hurricane Katrina refugees being housed in the Houston Astrodome were "underprivileged anyway, so this is working very well for them."
Rating:

On 5 September 2005, Barbara Bush and her husband, former president George H.W. Bush, toured the Astrodome complex in Houston that was being used as temporary lodging for thousands of citizens displaced from by Hurricane Katrina. They visited with evacuees being housed in the stadium, and on their walk-thru of the make-shift quarters that amounted to little more than a sea of cots in a wide open room, they were accompanied by former president Bill Clinton and his wife, Senator Hillary Rodham Clinton.

The visit was intended as a bipartisan show of support for victims and a as forum for announcing the creation of the Bush-Clinton Katrina Fund, a charitable endeavor aimed at facilitating short and long term relief efforts in the afflicted Gulf Coast states.

Later that day, Mrs. Bush was a guest on Marketplace, a show on public radio. During that interview she made these remarks about her interactions with the people quartered in the Astrodome:

Almost everyone I've talked to says, 'We're going to move to Houston.' What I'm hearing, which is sort of scary, is they all want to stay in Texas. Everyone is so overwhelmed by the hospitality.

And so many of the people in the arena here, you know, were underprivileged anyway, so this, this is working very well for them.

New Orleans residents housed in the various post-Katrina evacuation camps (such as the Astrodome) lost to the hurricane and the subsequent flood their loved ones, homes, jobs, pets, and their possessions. Their city sustained a tremendous amount of damage that may take years to repair, and many residents never returned to the city. That they temporarily had cots to sleep on, food, water, medical care, and the protection of law and order probably wasn't what most of them would have considered the book definition of events' "working very well for them."

Scott McClellan, White House Press Secretary, said of pronouncement: "I think she was making a personal observation on some of the comments that people were making that she was running into."

Many listeners interpreted the former first lady's "beautiful mind" remark of 2003 as displaying a similarly callous attitude towards the horrors visited upon others, especially those persons Norma Desmond of Sunset Boulevard would have termed "the little people."