Are Discolored Bananas Infected with HIV?

Discolored bananas that have fallen prey to a fungus may be visually unappealing, but they do not harbor HIV and pose no threat to human health. 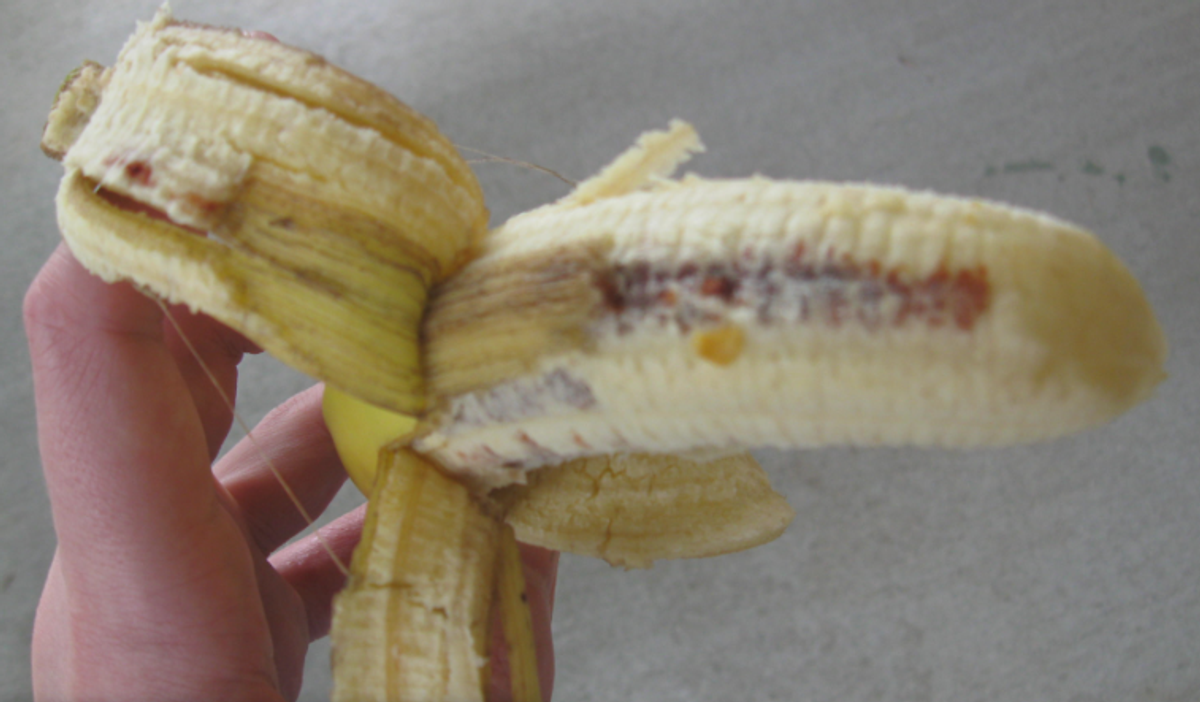 Claim:
Bananas that display a red discoloration inside are dangerous to human health if eaten.
Rating:

Photographs showing bananas with unusual red discolorations inside have been passed around online with varying degrees of paranoia for several years:

I bought a bundle of bananas from the Walmart in Aberdeen tonight and opened it to give to my 2 yr old daughter. This is what I found on the inside! I opened the rest of the bundle and they appeared to be normal bananas. I'm not saying it's blood but what else would it be?! One banana out of the whole bundle was like this ... a little weird! Check your produce before eating it.  You never know what someone put in there. The claims associated with the photographs have evolved from speculation about the discoloration of the bananas (as seen above) to assertions that the discoloration was due to someone's purposefully injecting bananas with "infected blood" in order to spread HIV: This form of reddish discoloration in bananas has nothing to do with blood of any sort, however: It's a hallmark of a fungal or bacterial diseases that affect bananas grown in some areas and can cause their centers to turn dark red. Although the discoloration may make bananas seem visually unappealing to consumers, the plant diseases that cause it pose no real health risk to humans who eat such bananas:

Nigrospora is a fungal disease that causes the centre of the banana to turn dark red. Nigrospora can infect the fruit in tropical climates where bananas are grown.

Mokillo, moko, and blood disease bacterium are bacterial diseases that can also cause red discoloration in bananas.

While unappealing to eat, these diseases affecting bananas are not a threat to human health, however when in doubt, throw it out or compost them.

As we noted in another article about a rumor concerning supposed blood-tainted oranges, it is nearly impossible for the HIV virus to be transmitted via foodstuffs: