Did Lancaster County Count More Mail-in Ballots Than It Received?

A flawed graphic on a local news program is not compelling evidence of widespread fraud. 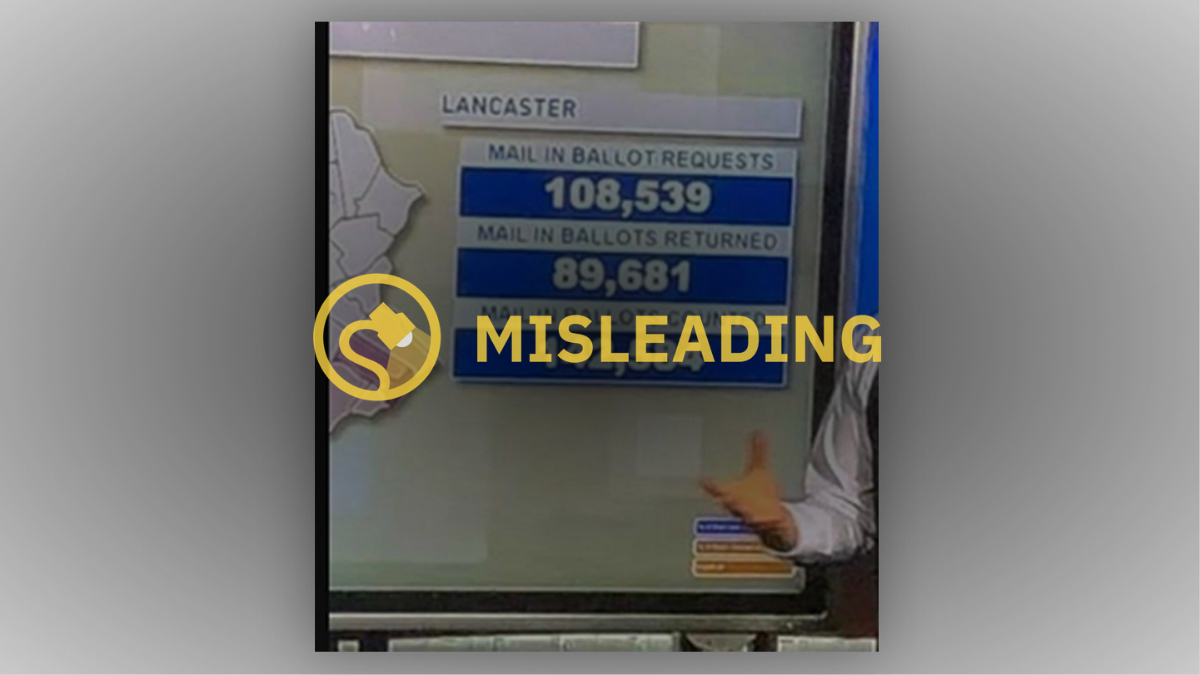 On Nov. 4, 2020, a screenshot of a news program on CBS 21, a television station in Harrisburg, Pennsylvania, went viral. It contained a graphic that suggested a mathematical impossibility: The county had counted more mail-in votes than they actually received: The displayed graphic read as follows:

Despite being touted as evidence of voter fraud, this screenshot captured a brief error that was noted on the air and corrected. As reported by Lancaster Online:

"The graphic was originally broadcasted by CBS 21 on election night, the station’s news director, Bryan Queen, confirmed. He said the numbers were quickly recognized as incorrect and that the graphic was corrected and the error was noted on air."

The anchor whose arm appears in the side of the viral screenshot also responded to the rumor on Twitter, explaining that the error consisted of someone accidentally adding in-person votes to the mail-in vote total: In fact, as several other fact checkers have noted, Lancaster County has not, in fact, counted more mail-in votes than they recorded as receiving. As such, the claim is "False."