Does This Photograph Show the Cooking Instructions on a Bacon Package?

The instructions on the back label of a bacon package advised consumers to "complain to elected officials" if they "don't know how to cook bacon." 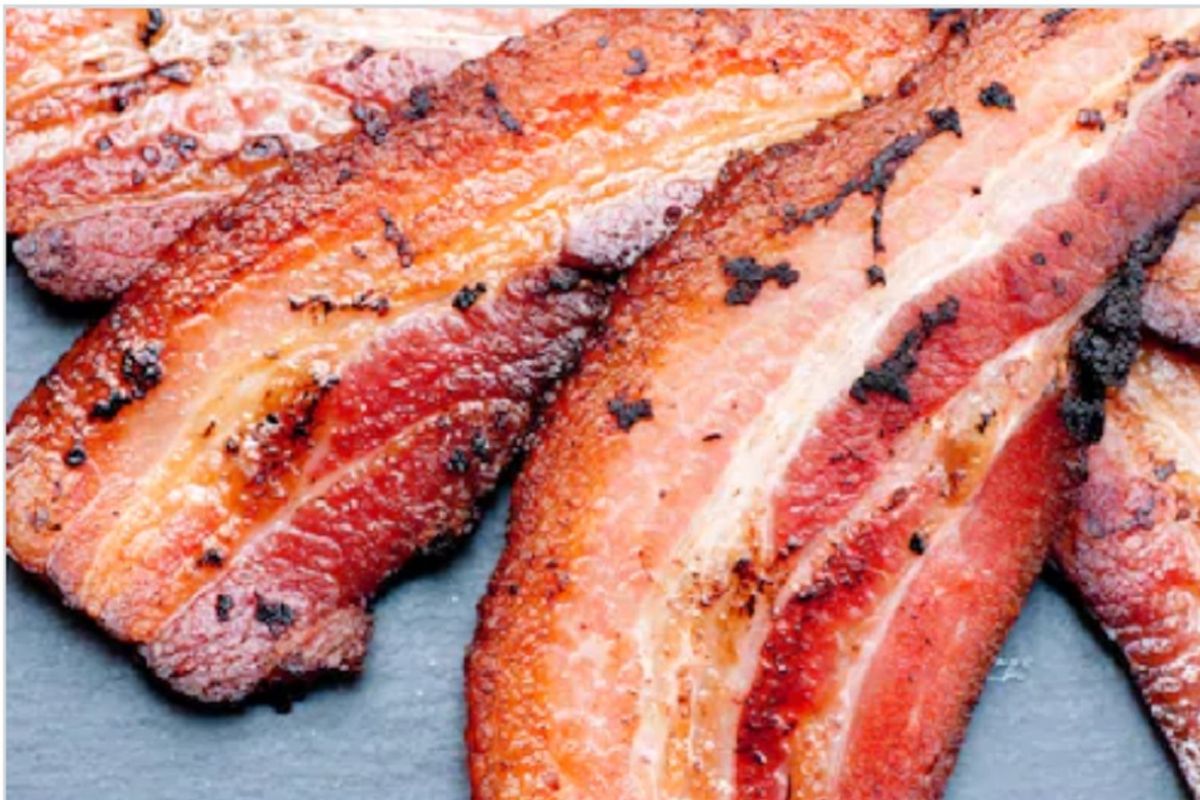 Claim:
The cooking instructions on a bacon package advised consumers to "contact your elected officials and complain" if they "don't know how to cook bacon."
Rating:

In August 2018, Facebook users began encountering a post showing some seemingly unusual cooking instructions printed on back of a package of bacon.

Following some routine wording about pan frying the bacon to "desired crispness," the directions went on to admonish consumers that "If you really don't know how to cook bacon, please contact your elected officials and complain about our education system. Every American should know how to cook bacon ... Seriously"

The pictured packaging originated with Black River Meats of North Springfield, Vermont, to whom we reached out to verify that this photograph did indeed capture a regularly sold product of theirs ... and to inquire about what prompted the unorthodox labeling.

Sean Buchanan, VP of Sales and Marketing, confirmed to us that this was indeed a photograph of a Black River brand bacon product. When we asked if the label was merely offered to be amusing or was meant as a somewhat sardonic jab at the American educational system, Buchanan responded that it was intended to be a mixture of humor and seriousness, because what's the world coming to if people don't know how to cook something as simple as bacon? (All the more so because this particular bacon product is packaged fully cooked.)

But Buchanan also noted that many consumers have a heightened awareness of, and interest in, food-related issues these days, and he felt the company could better promote food safety awareness if they could get people to "step back and relax a little" by leavening their packaging with some humor to break the tension.