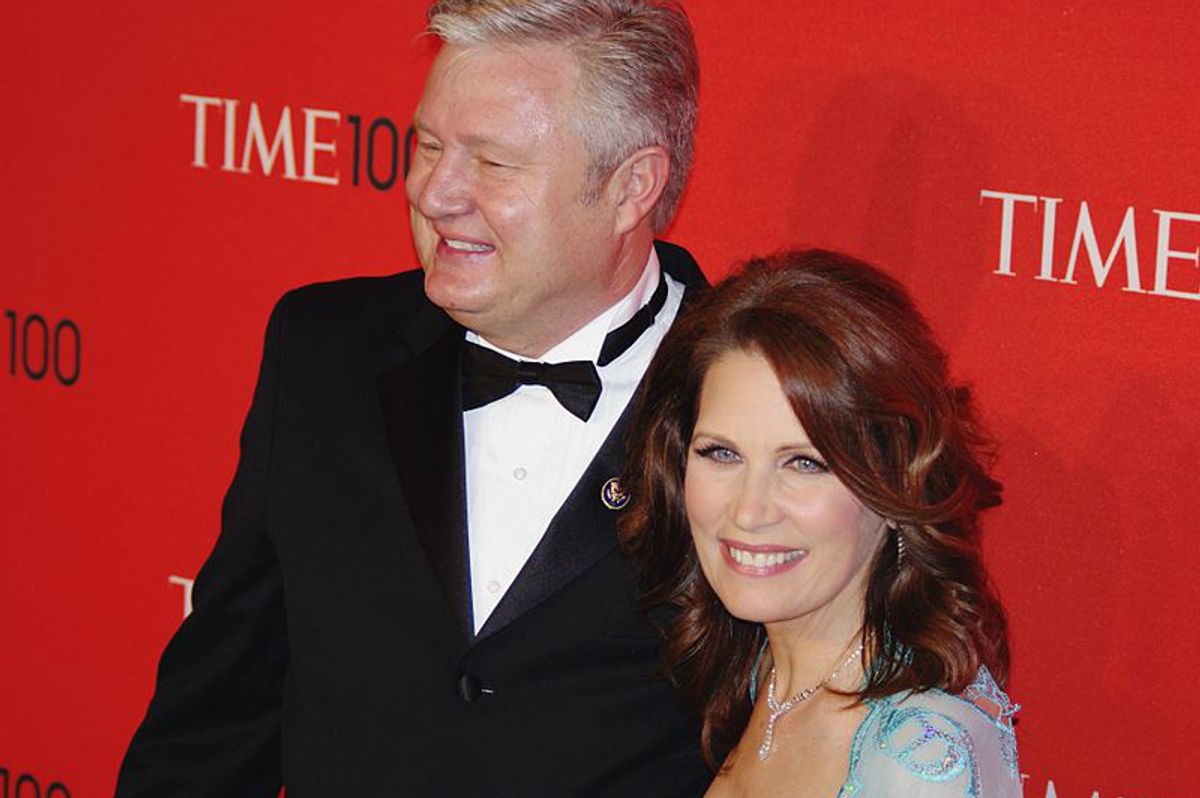 Did Marcus Bachmann, husband of Christian conservative former Congresswoman Michele Bachmann, file for a divorce from her?

Origins:   As 26 June 2015, following the announcement of a U.S. Supreme Court decision that that the Constitution guarantees a right to same-sex marriage, the fake news National Report web site published an article reporting that Marcus Bachmann (himself the subject of homosexuality rumors) had filed for divorce from former Congresswoman Michele Bachmann (a longtime opponent of legalized same-sex marriage):

Fresh on the heels of today’s decision by the Supreme Court that the right to same-sex marriage is guaranteed by the U.S. Constitution, comes news from Minnesota that Marcus Bachmann, husband of former Congresswoman Michele Bachmann, has filed for divorce.

Rumors of marital discord surfaced last March, after Indiana Governor Mike Pence enacted what became known as the RFRA, or the Religious Freedom Restoration Act. Reports surfaced that Mr. Bachmann was denied service in Indiana from a dress boutique owner who assumed he “was perhaps a homosexual man”, rumors that have been staunchly denied.

“It’s unfair that just because Marcus Bachmann shops for Michele’s outfits, he’s branded a gay person,” says GOP fundraiser and political commentator Althea Thoone. “It’s a big gay stereotype. We would all sit and laugh about it. Marcus would laugh the hardest and longest. As Michele has said many times in the past, there’s never been a gay bone in his body.”

While many people recognized this story as a piece of fake news "satire" when it published in the National Report, the article managed to fool many readers when it also appeared on the nefarious nytimes.com.co, a sister web site that republishes National Report material to deceptively make it appear that those articles issue from the legitimate New York Times news organization.

A disclaimer on the National Report site states that all articles published there are satirical in nature and not real news: