“The United States does not grant asylum in its diplomatic premises abroad.” 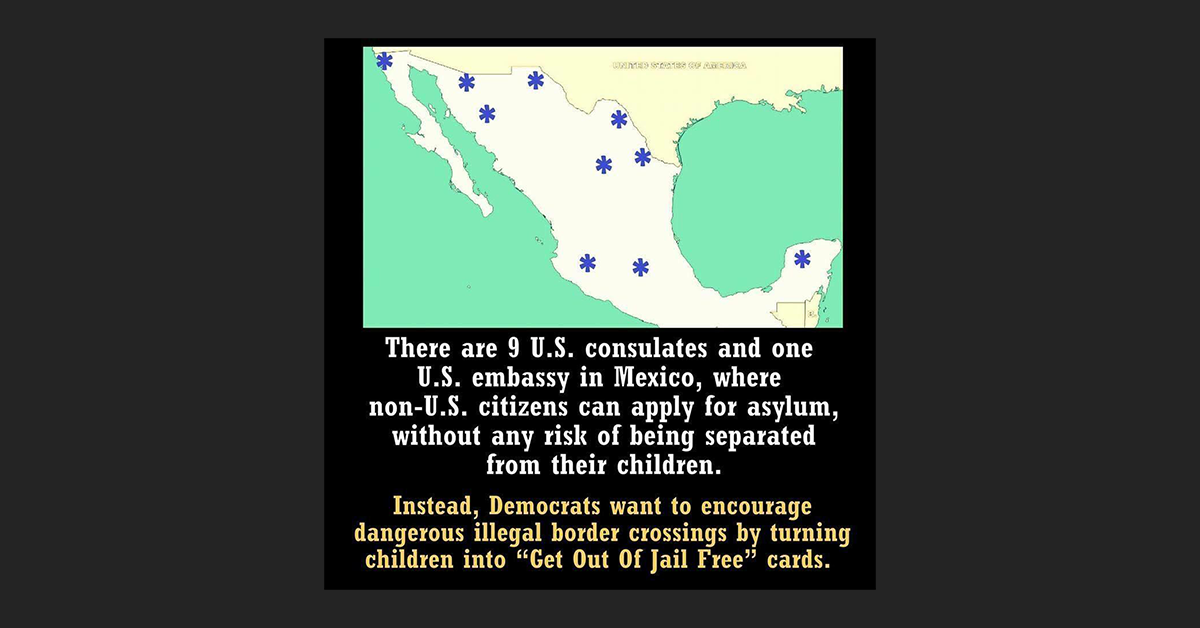 Claim:
Non-U.S. citizens can apply for asylum from abroad at a U.S. embassy or consulate office.
Rating:

A frequent but wholly inaccurate talking point used by some opponents of more open southern border immigration policies is the claim that asylum-seekers can present themselves and apply for asylum at locations outside of the United States, such as a U.S. consulate or embassy. Why, the argument falsely posits, would persons with genuine claims to asylum risk their lives (and potentially the lives of their family members as well) to cross the U.S. border illegally when they could simply wait out the asylum approval process from the relative comfort of the countries in which they currently reside?: The answer, in part, is that one cannot apply for asylum anywhere but in the United States. Though nine U.S. consulate general offices and one U.S embassy are indeed located in Mexico, those facilities would be useless to asylum-seekers. According to the U.S. Citizenship and Immigration Service (USCIS), “To apply for asylum in the U.S., you must be physically present in the U.S”: