As of this writing, 37 cases of blood clots were reported out of the 17 million people who have received the AstraZeneca COVID-19 vaccine. 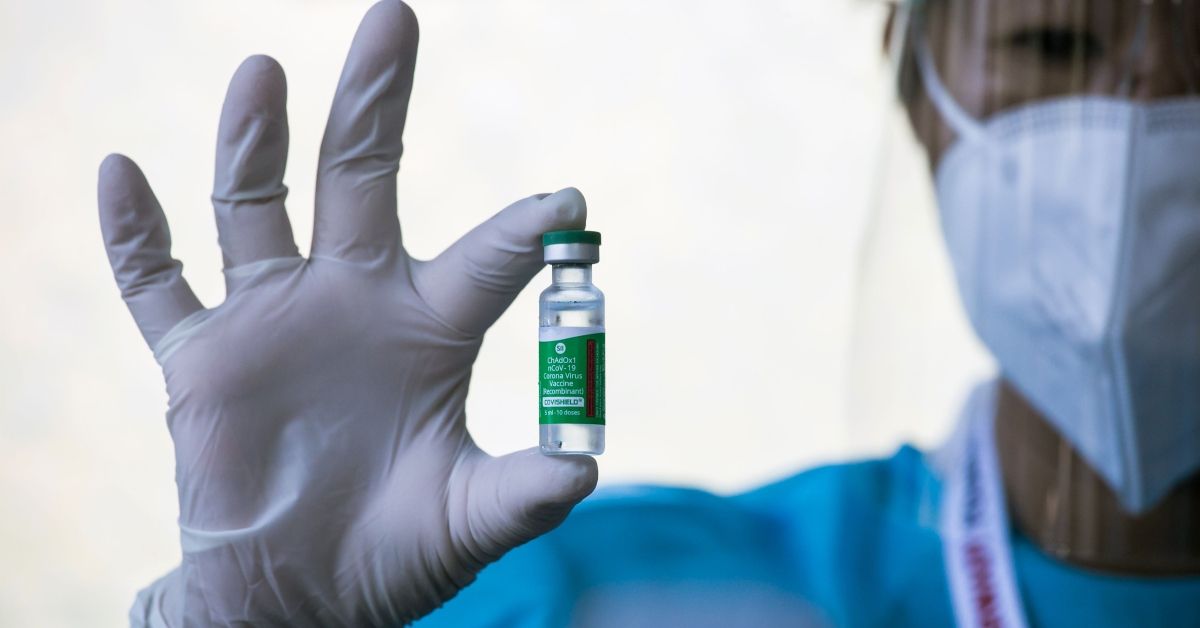 Claim:
Does the AstraZeneca COVID-19 vaccine cause blood clots?
We did not apply a traditional truth rating to this claim, as this matter is still under review. As of March 19, 2021, many European countries have resumed vaccinations with the AstraZeneca vaccine against COVID-19. The original story continues below.

In March 2021, a number of European countries announced that they were temporarily suspending the administration of the AstraZeneca COVID-19 vaccine as a precautionary measure after reports of patients developing blood clots. But while it's true that more than a dozen countries have temporarily suspended the administration of this vaccine (this vaccine is not currently in use in the United States), the company, health officials, the World Health Organization and government regulatory bodies have all said that there is no causal link between the vaccine and these blood clots.

On March 3, Austria announced that it was suspending the use of a batch of COVID-19 Vaccine from AstraZeneca after a person developed a blood clot and died 10 days after they received their vaccination. This was a precautionary measure to let health officials review the matter. In their announcement, the European Medicine Agency said that there "is currently no indication that vaccination has caused these conditions."

The Austrian national competent authority has suspended the use of a batch of COVID-19 Vaccine AstraZeneca (batch number ABV5300) after a person was diagnosed with multiple thrombosis (formation of blood clots within blood vessels) and died 10 days after vaccination, and another was hospitalised with pulmonary embolism (blockage in arteries in the lungs) after being vaccinated. The latter is now recovering. As of 9 March 2021, two other reports of thromboembolic event cases had been received for this batch.

There is currently no indication that vaccination has caused these conditions, which are not listed as side effects with this vaccine.

Concerns about AstraZeneca's COVID-19 vaccine causing blood clots are reminiscent of another bout of worry that hounded the Pfizer COVID-19 vaccine rollout in December 2020. At the time, it was reported that a handful of people who had received the Pfizer vaccine had developed Bell's palsy. These concerns were largely overblown, however, as officials from the Food and Drug Administration found that "the observed frequency of reported Bell’s palsy in the vaccine group is consistent with the expected background rate in the general population." In other words, the vaccine did not contribute to an increase in Bell's palsy cases.

Thousands of people develop blood clots every year for a number of reasons. While someone may develop a blood clot in the days after they receive a vaccine, that doesn't automatically mean that the vaccine caused the blood clot.

The European Medicines Agency said in a statement on March 15:

Events involving blood clots, some with unusual features such as low numbers of platelets, have occurred in a very small number of people who received the vaccine. Many thousands of people develop blood clots annually in the EU for different reasons. The number of thromboembolic events overall in vaccinated people seems not to be higher than that seen in the general population.

AstraZeneca said in a statement that more than 17 million people have received their vaccine and that there have only been 37 reports related to blood clots (15 events of deep vein thrombosis and 22 events of pulmonary embolism), which is below the number of blood clot cases that would be expected to occur naturally in the general population. The company said that a careful review of its data showed that there is "no evidence of an increased risk" of blood clots.

A careful review of all available safety data of more than 17 million people vaccinated in the European Union (EU) and UK with COVID-19 Vaccine AstraZeneca has shown no evidence of an increased risk of pulmonary embolism, deep vein thrombosis (DVT) or thrombocytopenia, in any defined age group, gender, batch or in any particular country.

So far across the EU and UK, there have been 15 events of DVT and 22 events of pulmonary embolism reported among those given the vaccine, based on the number of cases the Company has received as of 8 March. This is much lower than would be expected to occur naturally in a general population of this size and is similar across other licensed COVID-19 vaccines.

Ann Taylor, Chief Medical Officer, said: “Around 17 million people in the EU and UK have now received our vaccine, and the number of cases of blood clots reported in this group is lower than the hundreds of cases that would be expected among the general population. The nature of the pandemic has led to increased attention in individual cases and we are going beyond the standard practices for safety monitoring of licensed medicines in reporting vaccine events, to ensure public safety.”

On March 19, 2021, more than a dozen European countries said that they would resume vaccinations with the AstraZeneca COVID-19 vaccine after an investigation by the European Medicine Agency found that the vaccine was "safe and effective." While the EMA said that they would add a warning label to the vaccine to alert doctors and patients to the extremely rare possibility of blood clots, the agency said that "benefits of the vaccine clearly outweigh the risks."

A dozen European countries today said they will resume vaccinations with the AstraZeneca vaccine against COVID-19 after the European Medicines Agency (EMA) said its initial investigation of possible side effects has concluded the vaccine is “safe and effective.” Their decisions came as a relief to many public health experts, who worried about long delays in the COVID-19 vaccination programs at a time when cases are increasing in much of Europe.

At a press conference this afternoon, EMA officials said their inquiry could not rule out a connection between the vaccine and certain unusual clotting and bleeding disorders, but they concluded that the benefits of the vaccine clearly outweigh the risks. The agency will add a warning to the vaccine product information to alert patients and doctors to the potential side effects, which appear to be extremely rare.

While it's true that several countries temporarily suspended the use of this vaccine in order to investigate reports from people who developed blood clots, many of those countries have since resumed vaccinations after the EMA concluded that the AstraZeneca vaccine was "safe and effective."