Are Vigilante Protesters Digging Up Confederate Graves After Charlottesville Clashes?

Despite reports, emboldened protesters in Charlottesville have not started unearthing the bodies of Confederate soldiers. 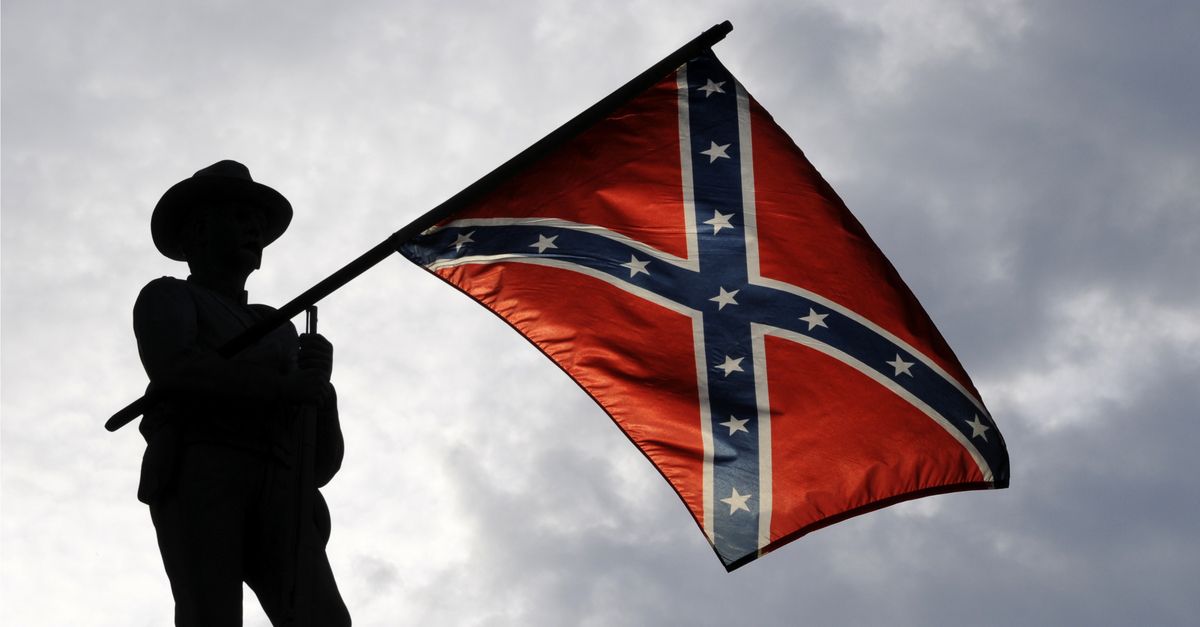 In July 2015, protesters disrupted a patch of grass near the grave of Nathaniel Bedford Forrest in Memphis.

Days after a violent white supremacist-organized rally in Charlottesville, Virginia left three people dead, several blogs published articles claiming that "leftist" protesters had carried on their demonstrations and begun digging up the graves of Confederates: The most popular version of this appeared to originate from a site called Steadfast and Loyal (although it was originally published by the tabloid Daily Mail):

A 17 August 2017 iteration published by Liberty Writers was titled "Protestors Just Tried To Dig Up Confederate General’s Grave, Then Got Hit With ULTIMATE KARMA." Chicks on the Right lamented that "apparently digging up dead bodies isn’t too far for these people, because it’s happening," citing Daily Wire. On that date, Daily Wire's John Nolte reported:

On [15 August 2017], with respect to tearing down Confederate monuments, President Trump bravely stood before the world and asked, "Where does it end?" The media responded by ridiculing the notion that such a thing could get out of hand. And now we have vigilante protesters starting to dig up the remains of Confederate Lt. General Nathan Bedford Forrest:

A group of protesters who want the body of an alleged Ku Klux Klan leader removed from their city have broken the soil over the grave.

The campaigners claim it has taken officials in Memphis, Tennessee, too long to exhume Nathan Bedford Forrest — who was a lieutenant general in the Confederate States Army. ...

Nolte cited Daily Mail, but that article was clearly dated July 2015 (the site later corrected the error, but not before numerous other blogs picked the claim up).

The original report from which Daily Mail and all others borrowed their coverage bore a less-alarming title: "Group takes a shovel to Confederate General’s grave":

This is an archived article and the information in the article may be outdated. Please look at the time stamp on the story to see when it was last updated.

A group was fed up with waiting, so they got a shovel and dug up a patch of grass next to Nathan Bedford Forrest's grave and statue in a public park in the Medical District.

The group says they wanted the statue and remains removed for a long time, because he was a Confederate soldier, a KKK leader and a slave trader.

"If he's gone, some of this racism and race-hate might be gone," said Isaac Richmond with Commission on Religion and Racism. "We got a fresh shovel full, and we hope that everybody else will follow suit and dig him up."

These stories, then, are false on two levels. First, 17 August 2017 articles claiming protesters "just" started digging up Confederate graves were about two years late to that particular party. Second, the sensationalistic Daily Mail coverage regurgitated a local news story reporting that  protesters "dug up a patch of grass" in Memphis. No one was digging up Confederate graves either in July 2015 or August 2017.