Are Children Being Assigned Numbers in Detention Centers? 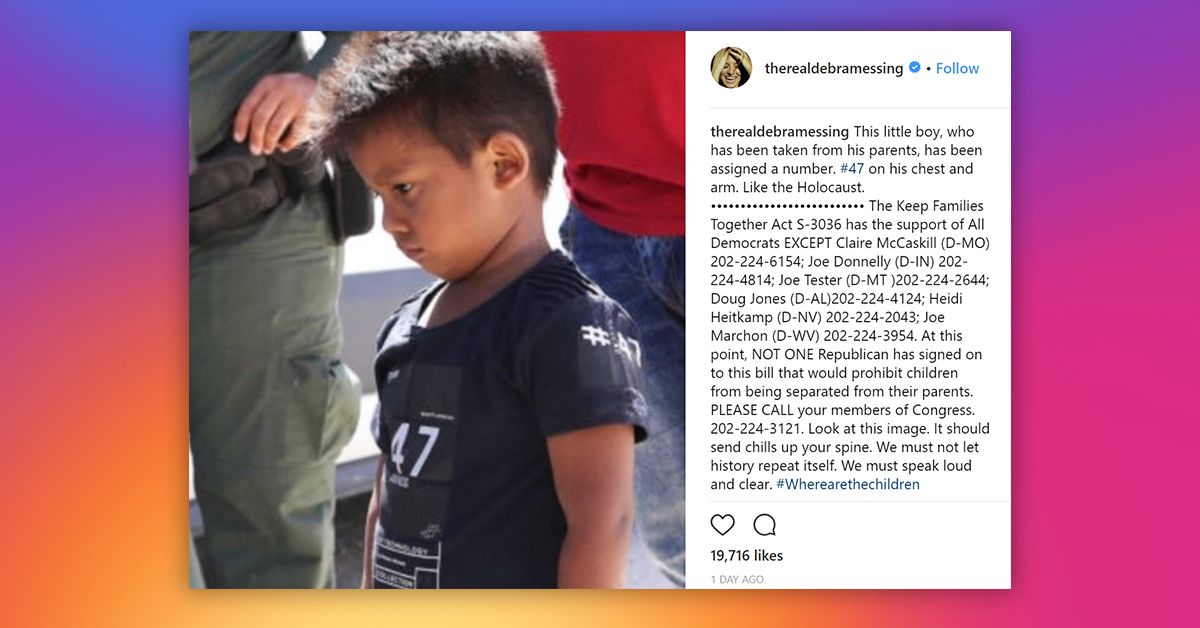 Claim:
An image shows numbers on shirts worn by children taken into custody on the U.S.-Mexico border, a practice reminiscent of numbers tattooed on Holocaust victims.
Rating:

On 17 June 2018, a photograph appeared on Facebook and Instagram with claims that it showed children wearing numbered shirts assigned to them by immigration authorities: The image showed a small boy wearing a "47" shirt, and posters explicitly compared the child to Holocaust victims:

It appears that a complete version of the photograph appeared with a 16 June 2018 New York Times opinion editorial titled "You Can’t Be Pro-Life and Against Immigrant Children." A caption for the photograph simply said:

A boy and father from Honduras being taken into custody by United States Border Patrol agents near the Mexico border on Tuesday.

A closer look at the image shows that the numbering is part of the shirt: A separate article published by another outlet provided a similar description for a photograph clearly from the same set of images:

U.S. Border Patrol agents take into custody a father and son from Honduras near the U.S.-Mexico border on June 12, 2018, near Mission, Texas. The asylum seekers were then sent to a processing center for possible separation.

The photographs showed Border Patrol agents taking in a father and son, neither of whom had yet been processed. The snapshot was captured as the pair were apprehended, meaning they had not been issued clothing. The uncropped images show a shirt manufactured for retail, not government issue.