Do These Photographs Show the Same Spot in the Arctic 100 Years Apart?

A glacier comparison project documented some stark changes in the Arctic landscape across the span of a century. 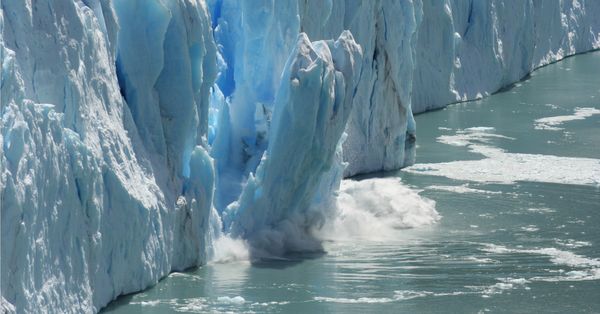 Claim:
An image comparison shows the same spot in the Arctic in photographs taken over a century apart.
Rating:

In early October 2018, the United Nation's Intergovernmental Panel on Climate Change (IPCC) released a dire report stating that unprecedented efforts were needed in order to prevent destabilization of Earth's climate. The report reignited (at least briefly) interest in global warming and climate change and drew social media's attention toward an image comparison supposedly documenting the stark changes seen in photographs of the same spot in the Arctic taken 103 years apart: This image comparison was part of a 2003 series created by photographer Christian Åslund and Greenpeace, titled "Glacier comparison – Svalbard." The series, which featured seven such comparisons, used archival photographs from the Norwegian Polar Institute taken in the early 1900s and contemporary photographs shot in the same locations by Åslund.

The photographer talked briefly about this project in an interview with National Geographic in 2017:

What’s the most remarkable assignment you’ve done for Greenpeace?

It's got to be the glacier comparison that we did [at Svalbard] because it's interesting on so many levels—our access to the archives there from the early 1900s, and then being able to trace where the photographers were, because we didn't know exactly where they shot from. We had to track down where the photos were taken, and then go on location and then sort of follow their footsteps.

It's been quite a few years. I shot this in 2003. Knowledge of climate change wasn't as common, our attitudes towards climate change were different. Now more or less everyone knows it's a fact. It'd be interesting to go back and shoot from the exact same locations again.

Here's another image from that series:

We came across a few comments underneath a posting of this viral photograph expressing skepticism that these pictures documented the results of climate change, rather than simply capturing ordinary seasonal changes. The top image, they posited, was taken in the winter, while the bottom image was snapped during the summer.

We reached out to Åslund for more information about the viral comparison images, and he told us that both of the photographs were taken during the summer months:

Both of the images are from the summer season. It was July [when] I took my image and should be around the same for the archive pic. You can see it on the lack of snow on the mountains, winters the peaks would be covered. Also, the lack of sea ice. It wouldn’t be open water like that in the winter.

Of course, these photographs alone don't "prove" climate change, but they are nonetheless visual records that document some significant differences seen in the Arctic landscape across the span of a century.