Was the Arch of Baal Erected in Washington Before Christine Blasey Ford's Testimony?

The Arch of Palmyra appeared on the National Mall, but its relationship to Senate Judiciary Committee hearings was purely coincidental. 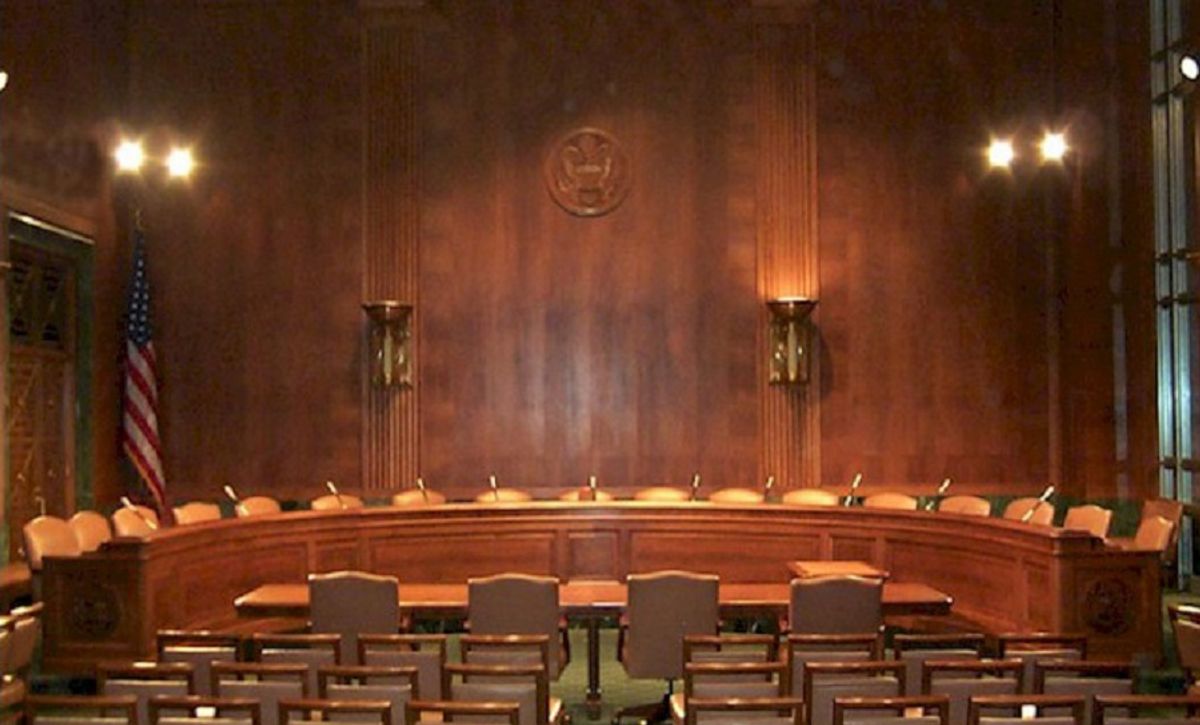 Claim:
A photograph shows the Arch of Baal erected on the National Mall in Washington, D.C.
Rating:

On 26 September 2018, the Institute for Digital Archaeology unveiled a replica of Palmyra, Syria’s iconic Triumphal Arch on the National Mall in Washington, D.C. The following day, Christine Blasey Ford and Supreme Court nominee Brett Kavanaugh testified before the Senate Judiciary Committee about sexual assault allegations stemming from their time in high school.

Although these two events had little connection to one another (other than taking place in the same city), web sites such as EndOfTheAmericanDream.com published articles which questioned the coincidental timing of the arch's appearance in Washington: Is it just a coincidence that the “Arch of Baal” has been erected in Washington D.C. on the exact same week that Brett Kavanaugh and Christine Blasey Ford are testifying before Congress? The future of the U.S. Supreme Court is literally hanging in the balance, and many believe that it is quite odd that this ancient pagan symbol has been put up at this precise moment in time. According to the official website of the Institute for Digital Archaeology, the Arch of Palmyra was unveiled on the National Mall on September 26th, and it will remain there until September 29th. You can view a photograph of the arch standing directly in front of the U.S. Capitol building right here. Just one day after this arch was put up, Brett Kavanaugh and Christine Blasey Ford testified before Congress. Perhaps this is all just a “giant coincidence”, but things of this importance usually don’t happen by accident.

The elite deeply understand that symbols have power, and the fact that the Arch of Baal has been placed directly across from the U.S. Capitol is highly significant.

The article went on to connect the Triumphal Arch, or Monumental Arch, which was built around 200 A.D. and served as an entrance way to the Temple of Bel, to ritualistic Baal worship and the sacrificing of children. Its appearance just before Dr. Ford and Judge Kavanaugh testified before the Senate Judiciary Committee was more than coincidental, the article argued, as Kavanaugh could be instrumental in making abortion illegal:

In the end, the debate over whether or not to confirm Brett Kavanaugh comes down to the issue of abortion, and this vote in the Senate is going to have tremendous implications for the future of our country ...

We have murdered far more children than they ever did in the ancient Middle East, and our fate will be the same as theirs if we don’t turn things around as a society.

And now an ancient symbol of child sacrifice has been erected directly across from the U.S. Capitol at the precise moment when the future of the U.S. Supreme Court is hanging in the balance.

Is this just a coincidence?

While the author of this article may see the Triumphal Arch as some sort of symbol related to abortion laws and a seat on the Supreme Court, American politics aren't the focus of the Institute for Digital Archaeology (IDA).

The IDA uses state-of-the-art technology to replicate ancient structures as part of their mission to preserve our collective cultural heritage. When the Monumental Arch in Syria was destroyed by Islamic State extremists in August 2015, the IDA set off to recreate a portion of the UNESCO World Heritage Site.

IDA founder Roger Michel said that his intention for recreating this famous arch was to show the Islamic State that anything they blew up could be rebuilt:

Oxford’s Institute for Digital Archaeology is the creation of American lawyer/archaeologist Roger Michel, with help from Harvard and Dubai. Michel is currently using similar technology to Rutelli’s -- better, he claims -- to build a 3D facsimile arch from Palmyra’s destroyed Temple of Bel. It is to be unveiled in London’s Trafalgar Square on 19 April and will then travel on to New York. “My intention,” declares Michel, “is to show Islamic State that anything they can blow up we can rebuild exactly as it was before, and rebuild it again and again. We will use technology to disempower Isis.”

A replica of the famous arch has already been displayed in New York, London, Florence, and Dubai. House Foreign Affairs Committee Chairman Ed Royce and Ranking Member Eliot Engel were both on hand to unveil the monument in Washington, D.C., in September 2018:

The Institute for Digital Archaeology, together with its principal partner, the Dubai Future Foundation, documents, preserves and reconstructs heritage objects at sites throughout the Middle East and Europe around the world. It works closely with the United Nations, UNESCO, the British Council and major universities. IDA Director, Roger Michel said of today’s unveiling: It is fitting that the arch has made its way to the place that symbolizes Roman-style representative democracy, an historical legacy that is reflected as much in the classical buildings of Washington as in the design of Palmyra’s monumental classical arch.”

Mr Engel summed up the proceedings by declaring that “today we stand shoulder to shoulder, our voices as one, we will not let the terrorists erase history, we are in solidarity with the people of Syria, who have been subjected to such unimaginable horror by ISIS and the Assad Regime. We need to stay committed to ending this barbarity. Projects like this recreation of the Arch of Palmyra are a critical way to celebrate these iconic pieces and keep them very much alive and present in our collective consciousness.” The arch will remain on the Mall at 6th St (opposite the National Gallery of Art) through September 29th.

This isn't the first time that the EndOfTheAmericanDream.com has fretted over this replica. In 2016, when the arch was momentarily displayed in New York City, the apocalyptic web site reported that the "Temple of Baal (would) be erected in Times Square in New York City" and asserted that "a lot of people are quite disturbed by this."

Snyder, Michael.   "The Temple of Baal Will Be Erected in Times Square in New York City."     EndOfTheAmericanDream.com.   22 March 2016.

Snyder, Michael.   "The Arch of Baal Was Put Up in Washington D.C. One Day Before Brett Kavanaugh Testified to Congress."     EndOfTheAmericanDream.com.   27 September 2018.