Congresswoman Alexandria Ocasio-Cortez has proposed a number of ideas to combat global warming. 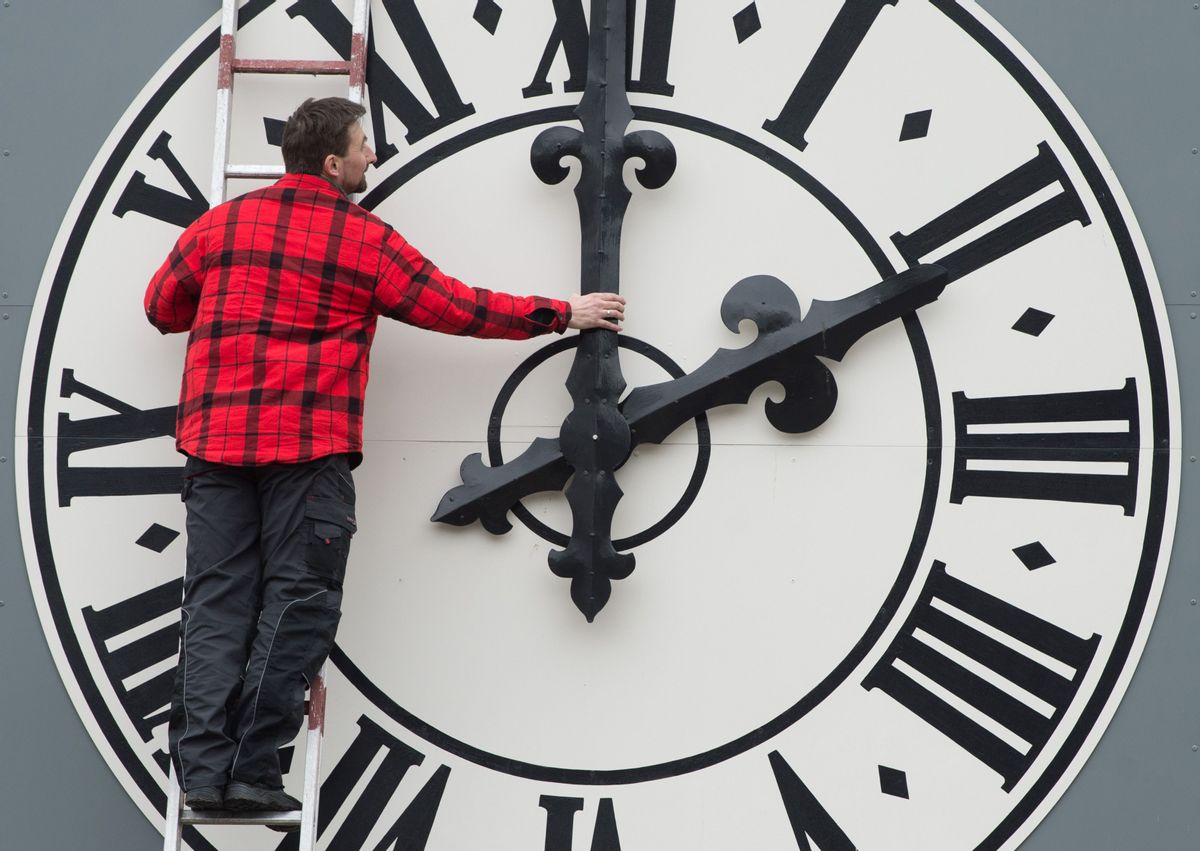 On 10 March 2019, the NPC Daily website published an article containing a quote ostensibly uttered by Congresswoman Alexandria Ocasio-Cortez (D-NY), in which she expressed her opposition to daylight saving time because it supposedly exacerbated the effects of climate change:

In congress today, she spoke for a record three 3 hours and 58 minutes covering a variety of topics – all in a response to being asked “how will we pay for the Green New Deal?” Her monologue of an answer consisted of a myriad of reasons to vote for the Green New Deal as well as an explanation as to why we must immediately do away with Daylight Savings Time.

"If we change our times with the sole intent of increasing the amount of daylight we receive, that’s an extra hour of sun shine that will warm the planet. That’s one extra hour per day of extra heat warming our already unstable planet. We need to repeal Daylight Savings Time as a primary measure to decrease the rate of climate change. Less hours of sun shine equal less heat hitting Earth’s surface. We’re running out of time!" - Alexandria Ocasio-Cortez

This is not a genuine news article, nor is this a real quote from the New York congresswoman. NPC Daily is a satirical website that does not publish factual content.

A brief bit of text below this article states: "Yes, this entire website is satire and not meant to be taken seriously." The NPC Daily also elaborates on the nature of its content in its "About" page:

NPC Daily is a satire site, providing political and cultural commentary with wanton sarcasm. NPC Daily pokes fun of modern journalism and liberalism. If you believe one of our articles is real, it’s because the content is not too far adrift from what is published by mainstream news outlets. But, alas, our content is totally fictitious and is created to elicit laughs and bemusement.

If this satirical article seems a bit familiar, it may be because this site isn't the first to make a joke about how daylight saving time adds an "extra" hour of sunlight to the day and heats the earth more than necessary (the reality is that it merely shifts the time in which daylight hours occur). In 2007, for instance, many readers mistook a tongue-in-cheek "letter to the editor" published in the Arkansas Democrat-Gazette as someone's genuine (and misguided) opinion on climate change.

While daylight saving time does not add extra hours to the day, and while this quote from Ocasio-Cortez is fake, daylight saving time has its roots in energy consumption. Benjamin Franklin first (jokingly) proposed the concept as a method for preserving candles, and the United States adopted the practice during World War I in order to conserve energy for the war effort. While energy consumption may be at the heart of daylight saving, some research has shown that the practice doesn't conserve much energy:

Benjamin Franklin is often credited with first proposing a version of daylight time (in jest) as a way to save candles. The practice of pushing clocks forward to make more use of daylight hours during the warmer months was adopted as part of a global effort to conserve energy during World War I. In 1918, one senator claimed that it saved the United States $2 million in gas bills.

But does daylight time still save energy? Not really, according to most research on the subject. Lighting has become a smaller part of overall energy consumption, and extending the use of daylight hours encourages people to use more air conditioning and heating.