A photograph purportedly showing a violent anti-Trump protest in the U.S. was actually taken in Greece in 2012. 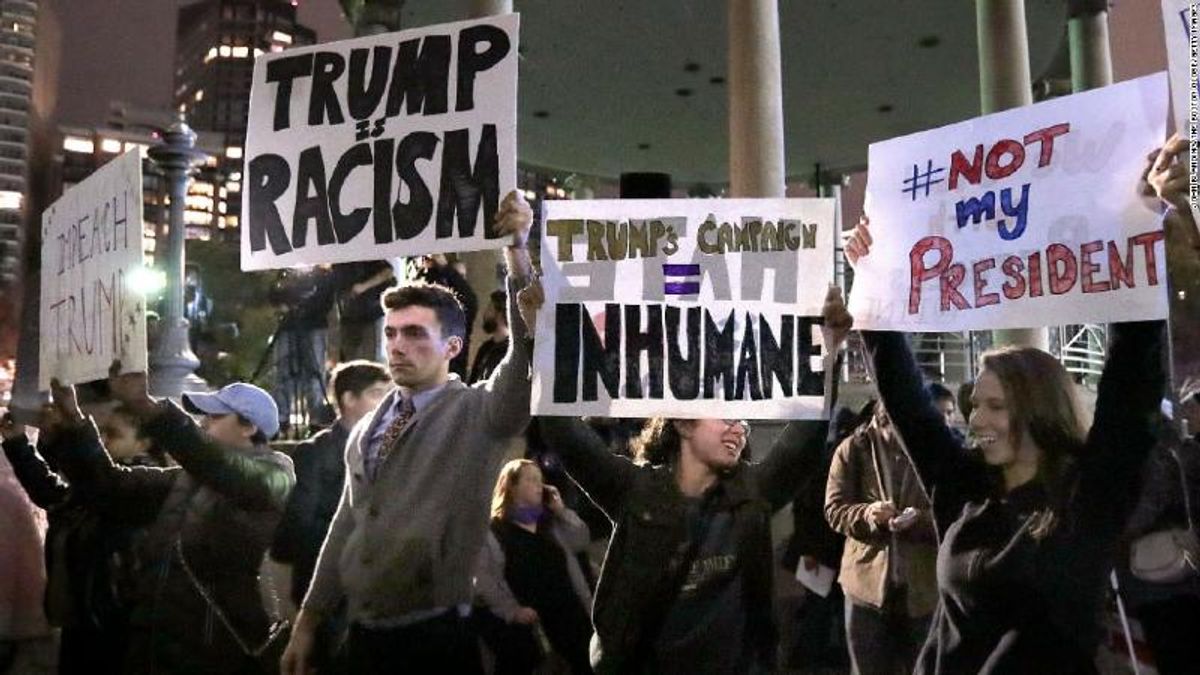 Claim:
A photograph shows a violent anti-Trump protest in the United States in November 2016.
Rating:

An image macro intended to symbolize violent anti-Trump protests taking place in parts in the United States was widely circulated on social media shortly after the Republican candidate won the 2016 presidential election on 8 November 2016: This image may have been offered only for its symbolic value rather than as a literal depiction of political violence in America, but we nonetheless note that it is misleading because it was not taken in the United States, does not date from November 2016, and does not capture any protest related to Donald Trump.

This photograph was taken on 12 February 2012 and captured an economic protest in Greece in which "Protesters hurled rocks at police during a violent anti-austerity demonstration in central Athens."

Although this image is not connected to Donald Trump or the United States, a number of anti-Trump protests did take place in the U.S. following the 2016 presidential election, some of which turned violent:

From New York to Illinois to California, in red states as well as blue, protesters decrying Donald Trump's election spent another night overtaking highways, smashing store windows, igniting fires and in at least one city, facing pepper spray and rubber projectiles from police trying to clear the streets.

The demonstrations stretched into a third straight night Thursday and came to a head in Portland, Oregon, where thousands marched and chanted, "We reject the president-elect!" while some lit firecrackers and sparked a dumpster blaze.

Officers began physically pushing back against the crowd that at times threw objects at them, making 26 arrests and using flash-bang devices and types of smoke or tear gas to force people to disperse.

Embedded below is a video showing an actual anti-Trump protest in the United States: