Was Anthony Bourdain About to Expose an Elite Pedophile Ring?

Some fake news sites just can't get over their obsessions with pederasty, likely because it makes for effective clickbait material. 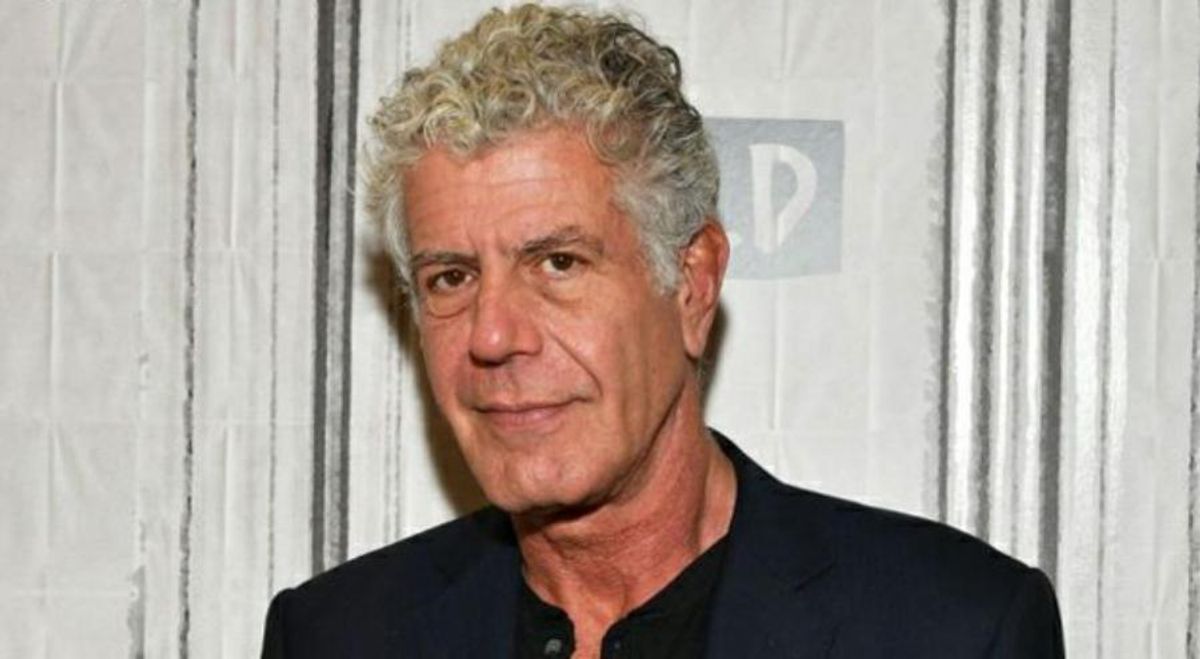 Claim:
TV celebrity and food writer Anthony Bourdain was planning to run an exposé of an pedophile ring at the time of his death.
Rating:

As much of the world grieved the death of TV celebrity and food writer Anthony Bourdain, the Neon Nettle fake news site shamelessly exploited the tragedy to push out yet another fabricated clickbait story about "elite pedophile rings."

A 9 June 2018 Neon Nettle article headlined "Anthony Bourdain Was About to Expose an Elite Pedophile Ring Before He Died" stated the following:

As the world still reels in shock at the news that journalist Anthony Bourdain has been found dead, evidence is now emerging that the mainstream reporter was about to expose an elite pedophile ring just before he died.

More recently, following news of a major child trafficking bust, sources are stating that Bourdain was planning on running "an exposé" and the sex slave network.

However, the text of the article was a typical Neon Nettle disjointed word salad that provided absolutely no substantiation or documentation for their assertion that Bourdain was "about to expose an elite pedophile ring." The sum total of the case presented by Neon Nettle was a pair of out-of-context tweets from Bourdain, which Neon Nettle attempted to spin as evidence of some undefined conspiracy involving Hillary Clinton and Harvey Weinstein:

know what Hillary Clinton is NOT? She's not stupid. Or unsophisticated about the world. The Weinstein stories had been out there for years

So go for it , but no one would give a shit if it wasn’t Trump and he wasn’t President. A lot of people are shady, or assholes , that mean the Feds can jack you up? He was shady 2 years ago no warrants?

Certainly Bourdain had openly criticized Hillary Clinton’s response when film producer Harvey Weinstein — a longtime Clinton donor — was accused of sexually assaulting and harassing dozens of women, including Bourdain's girlfriend, Asia Argento. Bourdain expressed incredulity that Clinton could have been unaware of Weinstein's sexual misbehavior, but the Weinstein scandal had nothing to do with a child sex trafficking sting later conducted in the Atlanta area, to which Neon Nettle bizarrely attempted to link it.

Neon Nettle's tortured logic seemed to be that Bourdain's Parts Unknown program aired on CNN, and CNN is headquartered in Atlanta, where a child sex-trafficking ring was recently busted, so ... something. The bottom line is that absolutely nothing suggests Anthony Bourdain knew about, much less was planning to expose, any "elite pedophile ring."

Neon Nettle also tossed an abundance of obfuscatory false and misleading statements into their word salad to deflect from the article's complete lack of substance:

o Although Mr. Bourdain's death has been officially declared a suicide, many see his untimely passing a suspicious and unexpected.

Bourdain's death may have been unexpected to many, but that it was the result of a suicide is not rationally disputed.

o It’s no secret that people who cross the Clintons' path end up dead ... Usually from suicide.

This statement is nothing more than a rehash of rumors we first debunked here over twenty years ago. And it's irrelevant, as Bourdain plainly expressed that he didn't believe Hillary Clinton was in any way responsible for Harvey Weinstein's crimes:

Hillary is CLEARLY not responsible for anything Weinstein Thats screamingly obvious. Her response to questions though has been uninspiring

o Just this week, famous designer and Clinton Foundation member, Kate Spade reportedly killed herself. According to Spade's family, she had also been threatened for speaking out.

Again, there is no "reportedly" to designer Kate Spade's death by suicide. And what Spade's sister maintained she was "threatened" over was speaking out about her sibling's mental illness, not anything remotely related to child sex trafficking or "pedophile rings."

o More recently, following news of a major child trafficking bust, sources are stating that Bourdain was planning on running "an exposé" and the sex slave network.

We found zero evidence of any "source" — outside of disreputable Neon Nettle itself — stating that Bourdain had plans to run a "sex slave network exposé" on his travel and food show. (Naturally, Neon Nettle neither identified nor linked to a any such "source.")

o Despite reports that 160 children were rescued and will almost 150 arrested during the raids [in Atlanta], Mr. Bourdain's network, CNN, has refused to cover the case. Even more bizarrely, suspicious "fact-checking" website Snopes even went as far as to debunk reports that the raids even took place.

This statement was completely and utterly untrue. We debunked false reports that a so-called 'child trafficking bunker' had been discovered near Tucson (it was actually an abandoned homeless encampment); we wrote nothing about the completely unrelated Operation Safe Summer raids conducted by the FBI's Atlanta field office.

o A group of retired veterans uncovered child trafficking camp in the Tucson, Arizona. After accidentally stumbling upon the "pedophile bunker" whilst looking for homeless vets, they found children's toys, pornography, and even a human skull believed to belong to a child aged 7-8.

Again, not only is the Tucson "pedophile bunker" claim false, but the related rumor that a child's skull" was found at the site is untrue as well. (The skull was that of an adult, not a child, and it was found in a remote area more than twenty miles northwest of Tucson, not at the site of the supposed "pedophile bunker.")

All of this misreporting was par for the course for Neon Nettle, a notorious fake news site with a predilection for publishing sensationalized and exaggerated (if not completely fabricated) stories about pedophiles. True to form, Neon Nettle added multiple false elements to this particular report to enhance its luridness.