Is This Antarctica as Photographed from Space?

The image has been widely viewed, but also mischaracterized. 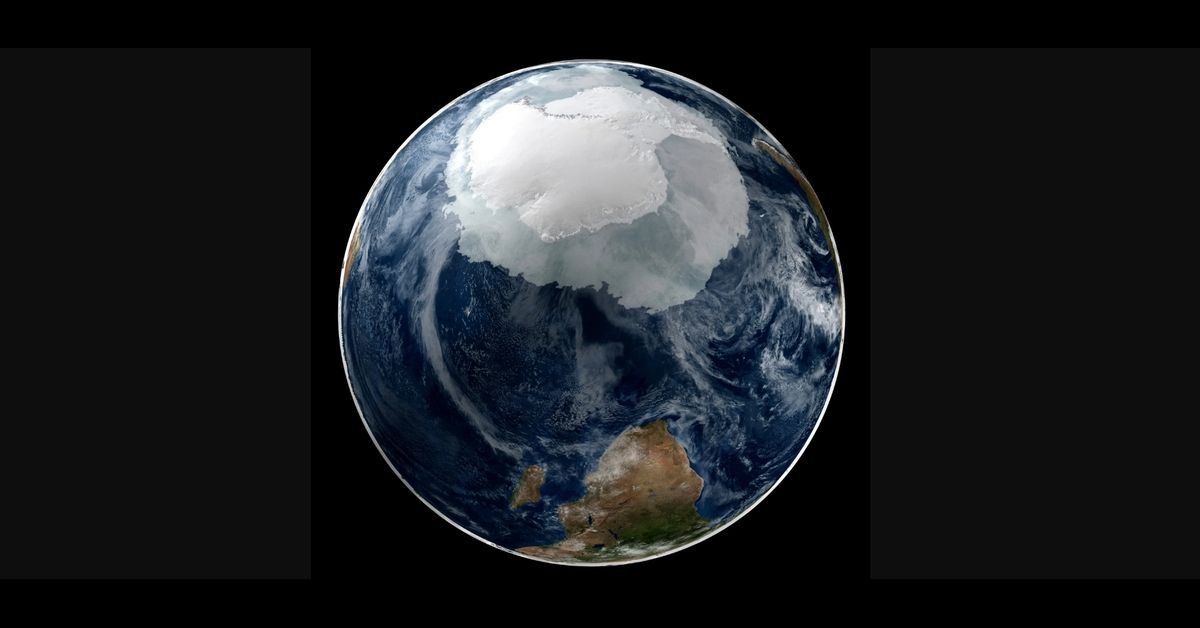 Claim:
An image shows an actual photograph of Antarctica taken from space.
Rating:

On July 15, 2022, a Twitter user posted an image that has since been widely viewed, allegedly showing Antarctica as photographed from space.

The tweet (archived here) is captioned, "Antarctica seen from space!" and contains a stunning image of an icy surface against a deep blue ocean:

The caption on the tweet may lead some viewers to believe that it's an actual photograph of Antarctica as taken from a space craft, but it is not.

According to NASA's Scientific Visualization Studio, the image was digitally created and released publicly in 2007 using an amalgamation of satellite data. Here is how NASA described the image's creation:

In support of International Polar Year, this matching pair of images showing a global view of the Arctic and Antarctic were generated in poster-size resolution. Both images show the sea ice on September 21, 2005, the date at which the sea ice was at its minimum extent in the northern hemisphere. The color of the sea ice is derived from the AMSR-E 89 GHz brightness temperature while the extent of the sea ice was determined by the AMSR-E sea ice concentration. Over the continents, the terrain shows the average land cover for September, 2004. (See Blue Marble Next Generation) The global cloud cover shown was obtained from the original Blue Marble cloud data distributed in 2002. (See Blue Marble:Clouds) A matching star background is provided for each view. All images include transparency, allowing them to be composited on a background.

The image can be found on NASA's website with the caption, "This image shows a view of the Earth on September 21, 2005 with the full Antarctic region visible."