Did Andrew Gillum Suspend His Campaign for Governor of Florida?

A small difference between two similar words caused confusion among readers about the Florida governor's race in the wake of a tragic event. 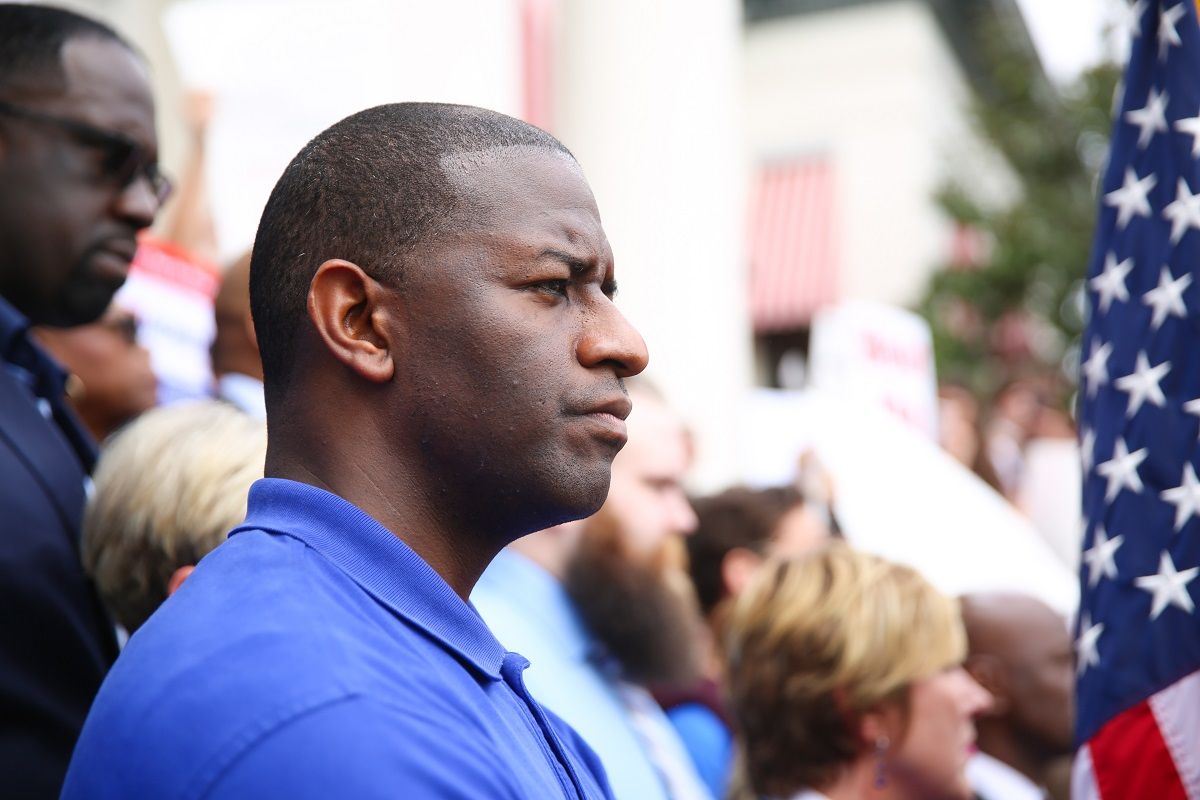 Andrew Gillum announced he would be temporarily leaving the campaign trail and returning to Tallahassee in the wake of a shooting at a yoga studio in that city.

Gillum did not announce that he was suspending or abandoning his efforts to seek the governorship of Florida in the upcoming election.

On 2 November 2018, a man opened fire at a yoga studio in Tallahassee, Florida, killing two people and injuring five others before fatally shooting himself. The gunman was later identifies as Scott Paul Beierle, 40, of Deltona, Florida.

Soon after that tragic event, Tallahassee mayor Andrew Gillum, who is also the Democratic candidate in Florida's upcoming gubernational election, announced via social media that he would be returning to Tallahassee that evening:

Some news outlets reported on this turn of events with headlines such as "Gillum heads to Tallahassee after 3 killed in yoga studio shooting" and "Gillum leaves campaign trail in wake of Tallahassee shooting" while questioning "how the shooting and Gillum’s absence from the campaign trail will impact the race."

However, other news sites covering the story employed headlines such as "Andrew Gillum suspends campaign for Governor after 2 killed in Tallahassee shooting" and "Florida gubernatorial candidate Andrew Gillum suspends campaign after fatal Tallahassee shooting," which some readers inferred to mean that Gillum was effectively dropping out of the gubernatorial race.

To clear up the confusion, we note that Andrew Gillum's return to Tallahassee essentially means he has suspending campaigning -- that is, he has temporarily left the campaign trail and returned to his home base in order to deal with local matters rather than continuing to stump around the state for votes. However, Gillum has not suspended his campaign -- that is, he has not announced that he is furloughing his campaign staff or is no longer actively seeking the governorship of Florida in the upcoming election.