Police in Lancaster, Pennsylvania, have not broken up an Amish "dobergoat fighting ring," nor do "dobergoats" even exist. 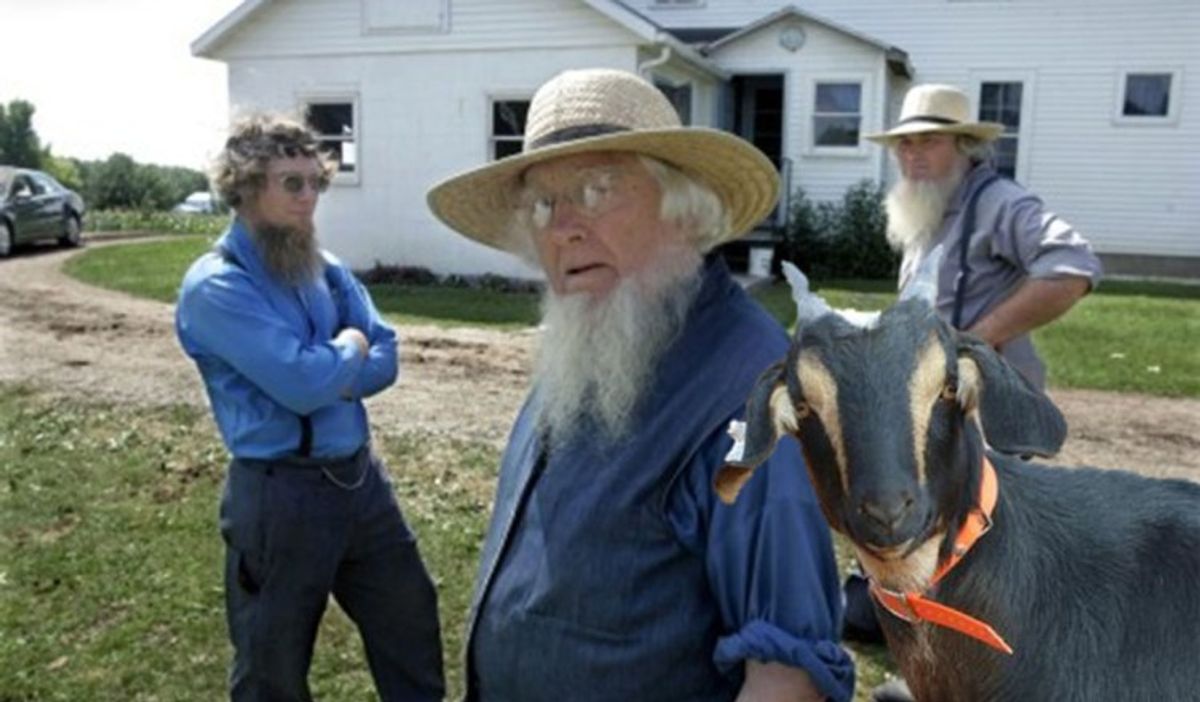 On 9 July 2016, the web site People of Lancaster published an article  reporting that police in that county had uncovered a "dobergoat fighting ring" involving Amish people and hybrid animals:

The bust which happened at 3am resulted in the arrest of 12 Amish men and the confiscation of more than 30 dobergoats.
“I never seen nothing like it. There was dead and injured Dobergoats everywhere.” said SRPD officer Matt Nevins.

Dobergoats are the result of crossbreeding a Boer Goat and a Doberman Pinscher. Originally bred by the Amish to protect cattle and sheep, Dobergoat fighting was popularized by Lancaster Amish in the 1980’s.

The fake backstory of the "dobergoat" confused many social media users who wondered whether it was possible such a beast existed. However, a search restricted to a week prior to the article's appearance demonstrated that no such creature had been "popularized" by the Amish prior to the publivation of the People of Lancaster article.

People of Lancaster is one of many "satire" news outlets that publish fake news themed to the culture and community of the heavily Amish Pennsylvania county, as a separate article on the site explains:

After much deliberation at the People of Lancaster News Room it has been decided that People of Lancaster will no longer be referring to itself as a “Satire” website and instead classify itself as a “News” website. What has lead to the change is that “News” websites have historically enjoyed a more distinguished presence on the internet with greater following and thus more advertising dollars.

When asked for comment, head writer and lighthouse keeper Abner Hockenfoos released the following statement which was delivered via courier Doberman:

“We have decided to make this dramatic change in light of the fact that a large percentage of our readers believe everything we publish is true. With Snopes investigating most of our articles on a daily basis we decided why fight it. Only 8% of Fox News information is verifiably true, we can easily beat that. There is a Lancaster, we have Amish, and we do make stuff up. This alone accounts for at least 10% of our content.”

The site's "About" page disclaims that much of People of Lancaster's content is devoted to "snark" and "satire":

People of Lancaster is a mix of news, opinion, and satire about the people, places and interests of Lancaster County, PA.

Much of the content on this site is satire inspired by real people or events that we love to coat with a heavy layer of snark and sarcasm.

How can you tell what is real and what is satire?

Well, if ‘obvious’ escapes you and you lack the intellectual curiosity to discover the truth for yourself you can view the tags assigned to every story published on the website. Stories that are satire are assigned the ‘satire’ tag as shown in the image below and displayed at the bottom of every article published.