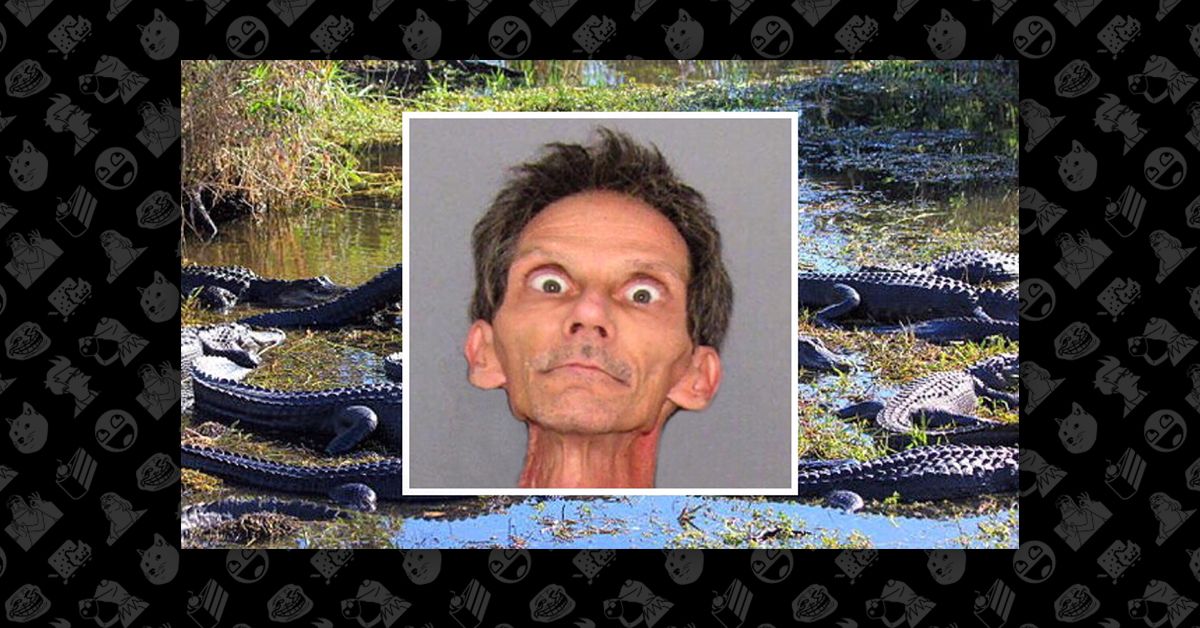 Claim:
A man named Shawn Kilums was arrested in Florida for tranquilizing and raping alligators.
Rating:

On 16 July 2018, the web site Huzlers published an article about a man named Shawn Kilums, who was reportedly arrested in Florida for tranquilizing and raping alligators: A Florida man has been arrested after authorities report he was tranquilizing alligators in the everglades and then raping them.

57 year old Shawn Kilums was found by Florida authorities in the act of engaging in sexual intercourse with a tranquilized alligator Sunday afternoon. Authorities say they tazed Shawn as he was not following police orders, police say Shawn was also high on crystal meth.

This report was not an actual news story. Huzlers is a well-known junk news site that has a long history of publishing misinformation.

A disclaimer found in the site's article footers states that Huzlers is the most "infamous fauxtire and satire entertainment website in the world."

Huzlers, like many other junk news websites, has a penchant for including genuine (but unrelated) mugshots in their articles to lend them an air or plausibility. In this case, the included mugshot does not picture an alligator rapist named Shawn Kilums, but rather a 49-year-old man named Robert Prosser who was arrested in Ohio in 2010 for growing marijuana at his home:

Ohio man Robert Prosser, 49, was arrested in July 2010 for allegedly growing marijuana at his home, which was located near a school, according to CBS affiliate WKRC. Prosser was also allegedly in possession of a gun, which as a convicted felon is illegal.