Did Alexandria Ocasio-Cortez Wear a $7,600 Ensemble to the State of the Union Address?

The new U.S. House member's critics can't seem to decide whether she has too much money or too little. 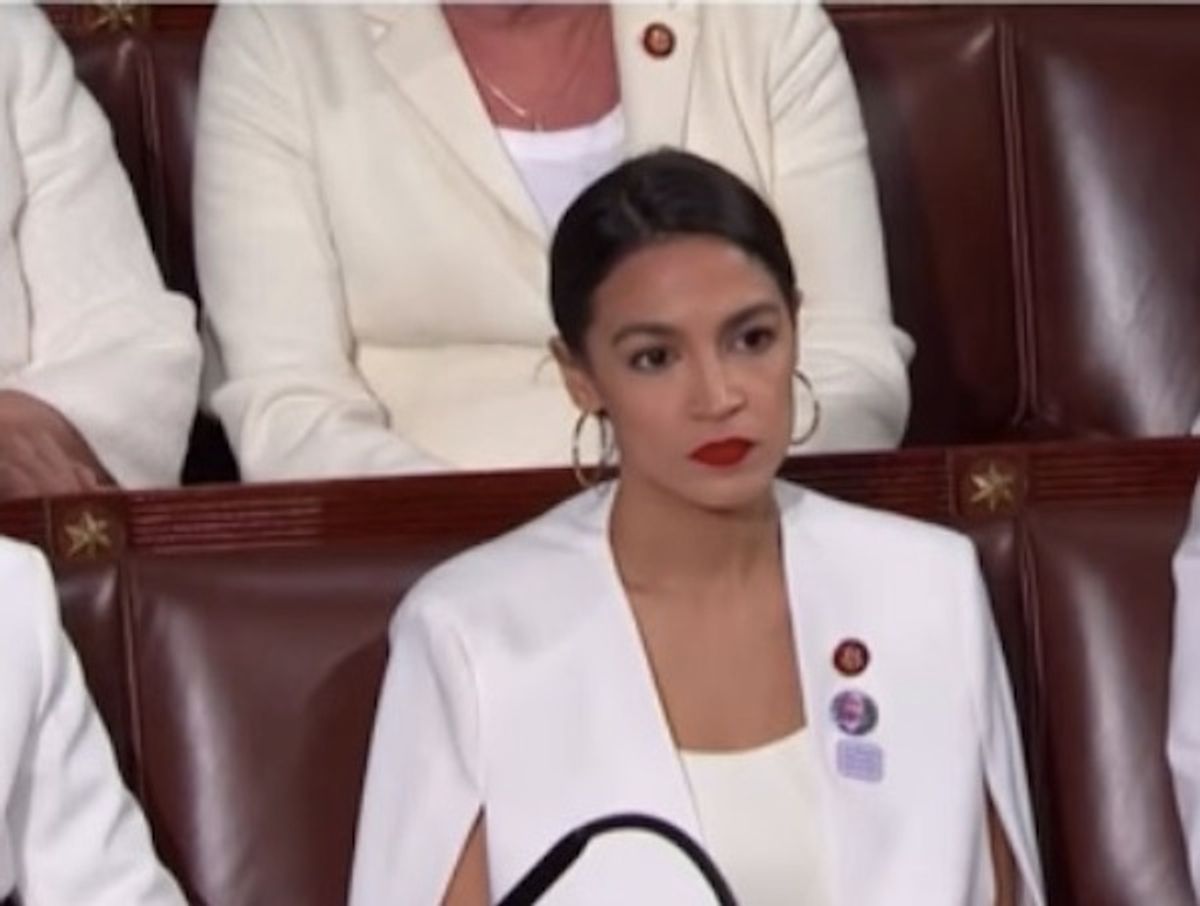 Claim:
U.S. Rep. Alexandria Ocasio-Cortez wore a $7,600 ensemble to the State of the Union address.
Rating:

In early February 2019, a meme reporting a rather exorbitant cost for the all-white outfit worn by U.S. House Rep. Alexandria Ocasio-Cortez (D-New York), including an alleged $1,200 for "hair and make up," circulated on social media: The sartorial choices of the newly-elected congresswoman are often an object of internet obsession, but we saw no evidence that her State of the Union outfit was any more outlandishly expensive than that of her colleagues. Gold-colored hoop earrings, for example, can be purchased for as little as $5, a far cry from the $1,700 cost assigned to them in the meme.

Although no designer has come forward to publicize their participation in Ocasio-Cortez's outfit, Glamour magazine reported that internet sleuths went looking for the most noteworthy item: a white cape worn in lieu of a suit jacket. Some observers matched the cape with one made by women's clothing retailer Zara, which sells for $89.99 and not $1,500. In terms of hair and makeup, Ocasio-Cortez had her hair wrapped in an uncomplicated bun and has even revealed she wears a brand of red lipstick that costs $22.

The meme contained no sources or evidence to support the claim that Ocasio-Cortez was decked out in thousands of dollars' worth of clothing and cosmetics and appeared to be nothing more than another attempt to generate a viral rumor attacking the youngest woman serving in Congress.

Ocasio-Cortez joined her fellow female lawmakers dressing in all white for the 5 February 2019 State of the Union address in honor of the suffragette movement, which paved the way for women's voting rights in the United States. Explaining the choice of white attire, Ocasio-Cortez told CNN: "2019 is the 100th anniversary of the women's right to vote ... and there's so much more that we have to fight for. From wage equality, to paycheck fairness, to protecting ourselves and believing survivors."

Garcia Lawler, Ophelia.   "Here Are the Best Responses to That Tweet About Alexandria Ocasio-Cortez."     The Cut.   16 November 2018.