Is This an Aerial View of an Airplane Abandoned in a Forest?

And under what unusual circumstances might an airliner end up in such a position? 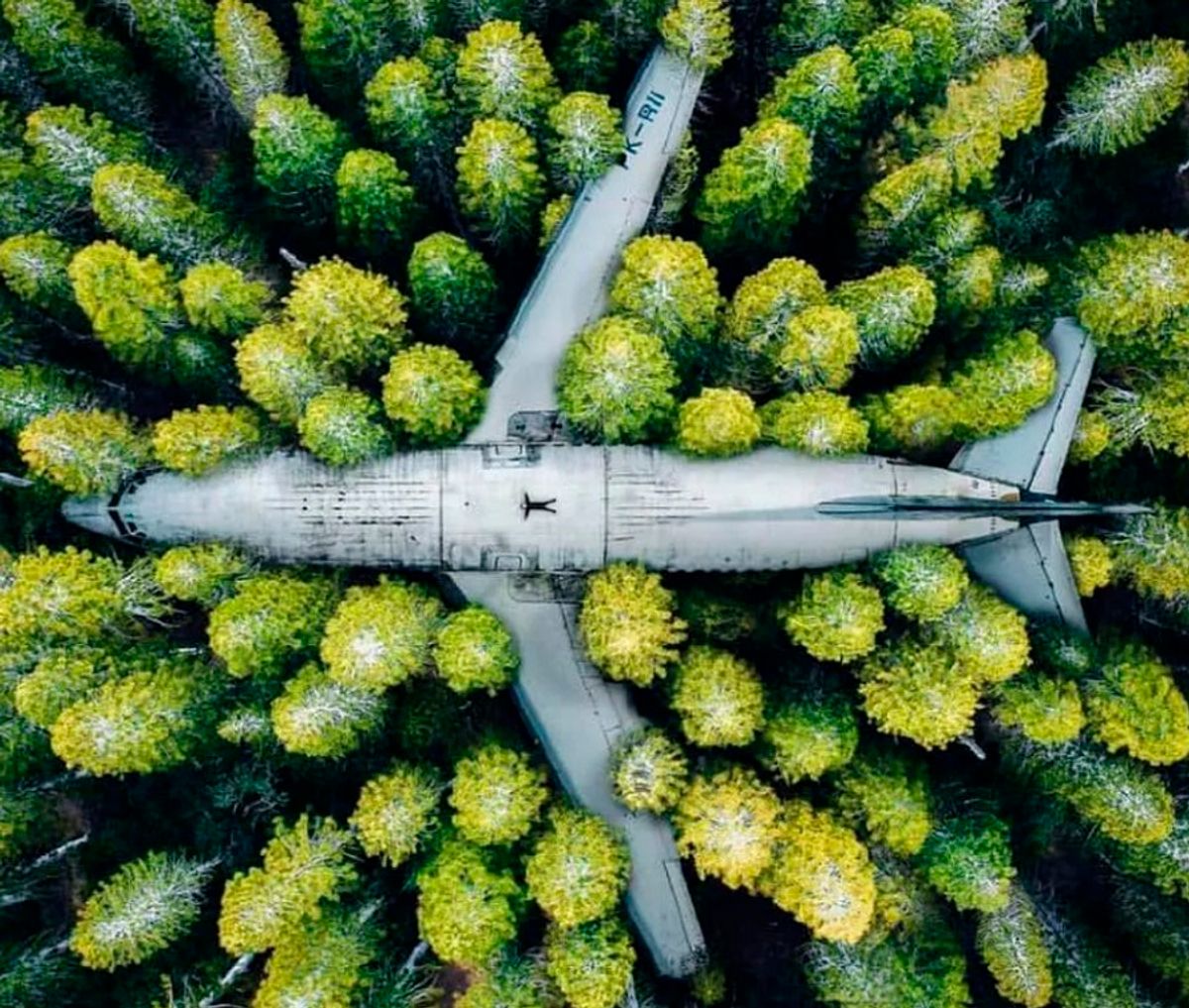 Claim:
A photograph shows an aerial view of an airplane abandoned in a forest.
Rating:

An aerial image purportedly showing an airplane abandoned in a forest started circulating on social media in August 2018: Although this picture was often shared as if it provided an authentic view of an airplane abandoned amidst a cluster of trees, it is actually a digitally manipulated work. The plane's registration, PK-RII, can be spotted on one wing. AirFleets.com reports that the referenced plane is an approximately 35-year-old Boeing 737-200 last used by Mandela Airlines, which ceased operations in 2011. It has been parked in a small fenced-off area on the Indonesian island of Bali since 2008 and is now something of a tourist attraction.

This airplane is viewable via Google Maps and is clearly not closely surrounded by trees in its current location:

A higher-definition aerial view of this plane can be glimpsed near the 4:20 mark of a video posted by YouTuber "Exploring with Josh" in November 2016:

This viral image is the creation of visual artist Demas Rusli, who shared it on his Instagram page on 13 August 2018. Rusli didn't explicitly state that the image was a doctored one in the caption accompanying his post, but he did hint that the forest might be fake in the comments section: