Did Stacey Abrams Admit Her Plans May Require Georgians to ‘Turn Their Guns In’?

"The fundamental responsibility is commonsense gun safety legislation in Georgia, making sure we get dangerous weapons off the streets." 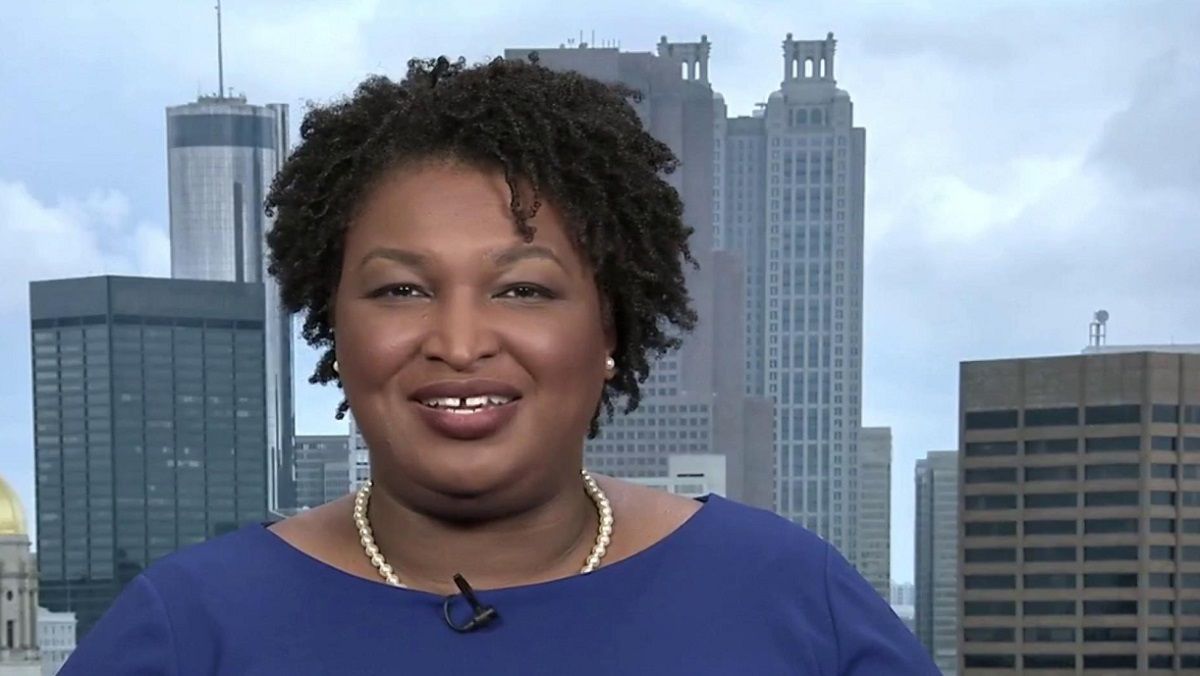 As a state lawmaker, Stacey Abrams supported 2016 legislation banning assault weapons that, if passed as originally written, could have resulted in residents having to surrender banned guns.

In a November 2018 CNN interview that touched on the topic of a potential assault weapons ban, Abrams did not express a preference for how owners of such weapons might come into compliance with any new laws.

Two days before 6 November 2018 midterm elections in which Georgians went to the polls to choose a new governor, the right-wing blog Breitbart.com published a headline suggesting Democratic candidate Stacey Abrams had admitted that "Her Plans May Require Georgians to 'Turn Their Guns In'":

During a November 4 appearance on CNN’s State of the Union Georgia gubernatorial candidate Stacey Abrams (D) admitted that a possible outcome of her gun control plans could be that “people would turn their guns in.”

She said other options might include “buybacks” and/or “grandfathering in” certain firearms, so current owners could keep them but be barred from selling them or transferring them to other individuals.

The headline, unsurprisingly, was a bit of an exaggeration that was undermined by the underlying story. Abrams, a former state representative and gubernatorial hopeful who is suing for a run-off after a bitter and close election against former Secretary of State Brian Kemp, said she supported a ban on a particular category of guns (assault weapons), but she did not say she supports a broader gun ban that would require Georgians to part with all guns, as the headline implied.

During a November 2018 interview with CNN's Jake Tapper, Abrams stated that "I believe that we have to ban assault weapons in the state of Georgia. But what I'm saying is, as part of my leadership, I'm going to work across the aisle, and we're going to have a conversation about how we accomplish this." Possible options, Abrams said, could include the grandfathering in of weapons already possessed by citizens, owners turning banned guns over to authorities, or gun buybacks:

When pressed by Tapper on whether she supported the confiscation of guns banned by the proposed legislation, Abrams maintained that the introduction of the legislation was about "starting a conversation," not about expecting it to be passed in every detail as originally submitted. Abrams also claimed to support the Second Amendment, asserting that she knows how to shoot guns and hunt with them.

As a member of Georgia's state House of Representatives, Abrams in 2016 co-sponsored HB 731, a bill that would:

If the bill had become law, it would have given any Georgian who owned such a weapon as of 1 July 2016 a deadline of 31 October 2016 to either "render it permanently inoperable or such that it is no longer an assault weapon or large capacity magazine" or surrender it to the Georgia Bureau of Investigation for destruction.

We reached out to Abrams' campaign for comment and were directed to the 30 October 2018 episode of the ABC morning talk show The View, in which Abrams reiterated her support for gun owner rights but stated she believed in background checks, a three-day waiting period, and that "those who commit domestic violence and stalking should not have access to weapons." In response to questions from co-host Meghan McCain, Abrams declared:

When McCain pressed Abrams on whether she supported "rounding up" the popular guns from their owners, Abrams averred only that a "conversation" should take place around how existing guns should be dealt with in the event of an assault weapons ban:

We have had a ban on assault weapons before in the United States and I think that we should do it again. I think there has to be a conversation of how it's accomplished, because we have to recognize that this is a national conversation. But I do want to push back on any notion that I believe the Second Amendment is not the law of the land. I support the Second Amendment.

The Georgia gubernatorial election was beset by allegations of voter suppression that targeting thousands of primarily black voters. Kemp, who as secretary of state oversaw the election in which he took a narrow lead, has been pressuring Abrams to concede. She has declined to do so, filing a lawsuit instead over rejected ballots.