A "live poll" purportedly conducted by ABC News showing Donald Trump with a large lead over Hillary Clinton is fake. 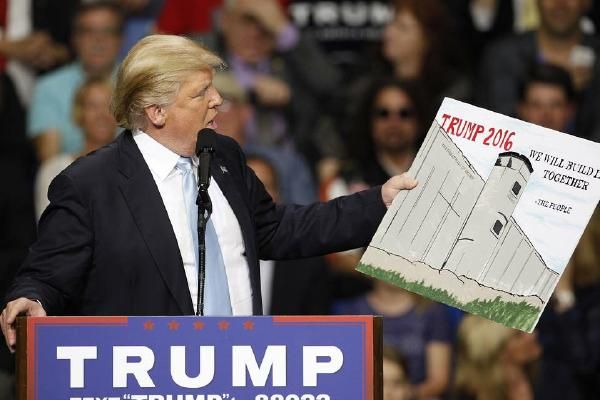 Donald Trump's poll numbers took a hit in August 2016 as the Republican Presidential nominee stepped from one controversy to the next. While pollsters from NBC, Bloomberg, Five Thirty Eight, CNN, and Marist all charted Clinton extending her lead, some Trump supporters pointed to an alleged ABC News live poll as evidence that their candidate was actually the one running away with the presidential election.

The above-displayed poll results, however, were not tallied by ABC News.

A recent tactic among purveyors of fake news is to publish their stories on web sites that mimic the appearance and URLs of real news organizations' sites. The real ABC News site, for instance, is located at ABCNews.go.com (with go.com being the top-level home for online properties of ABC's parent corporation, The Walt Disney Company), but this poll was published at a different URL, ABCNewsgo.co.

The fake ABCNewsgo.co site uses the same color scheme, menu headings, and logo as the real ABC News in attempt to fool readers into believing that they are the legitimate ABC News site. The fake web site can be seen on the left-hand side of the following image, compared to a screengrab of the real ABC News site on the right:

While this fake news web site does not feature a disclaimer stating it to be "satire" or "entertainment," one major giveaway that it is not the real ABC News site can be found by examining its other sections. The "health," "tech," "world," and "entertainment" sub-sections of this fake web site are merely blank placeholders: Furthermore, this poll does not appear anywhere in the real ABC site's Politics section. A screengrab from 15 August 2016 shows that ABC News, like nearly all other polling organizations, currently has Hillary Clinton leading the presidential race: