The anti-abortion activist tweeted that she believes in "one vote" per "Godly household," with husbands having the final say. 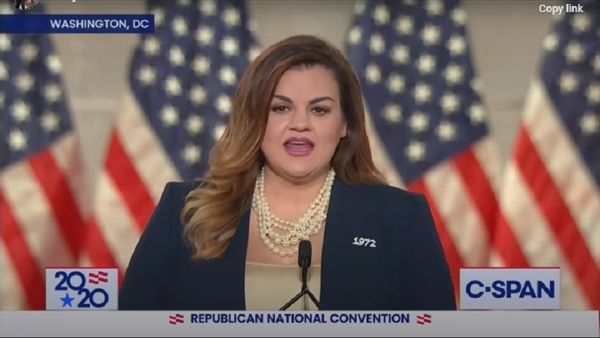 Claim:
Abby Johnson, an anti-abortion activist who spoke at the 2020 Republican National Convention, earlier advocated for 'household voting' in which a husband would 'get the final say.'
Rating:

On Aug. 25, 2020, self-described "Planned Parenthood director turned pro-life advocate" Abby Johnson spoke at the Republican National Convention and repeated a controversial — and disputed anecdote about how she went from being the director of a Planned Parenthood clinic to becoming an anti-abortion activist:

[Johnson] assisted a doctor who was performing an abortion for a woman who was thirteen weeks pregnant, she said. The doctor asked Johnson to hold an ultrasound transducer to the woman’s stomach as he performed the operation. Johnson told Carney she had never seen this done before, since ultrasound machines are not commonly used for first-trimester abortions, which make up the vast majority of abortions done at most clinics. What she witnessed on the ultrasound monitor, she said, horrified her. The fetus seemed to be moving away from the doctor’s probe, which was clearly visible on the screen as it entered the patient’s uterus. Johnson thought of all the patients whom she had told that their fetuses wouldn’t feel anything during the procedure. Then, as Johnson watched, the doctor turned on the suction.

Shortly afterwards, social media users began circulating an image purporting to reproduce tweets issued by Johnson some three months earlier, in which she advocated for a return to "household voting" (i.e., a system under which a single vote is cast for an entire household, rather than each adult in the household voting individually), and declared that if a husband and wife differed politically, the husband's decision should hold sway (in "Godly households," at least): Many Snopes readers inquired of us whether this image reproduced genuine tweets posted by Johnson. In fact it did, as is easily verified since the tweets are still visible in the timeline of Johnson's Twitter account:

Dessem, Matthew.   "Anti-Abortion Activist Abby Johnson’s Conversion Story Has Been in Dispute Since the First Time She Told It."     Slate.   26 August 2020.