A photograph showing an abandoned submarine in a desert is a composite of two images. 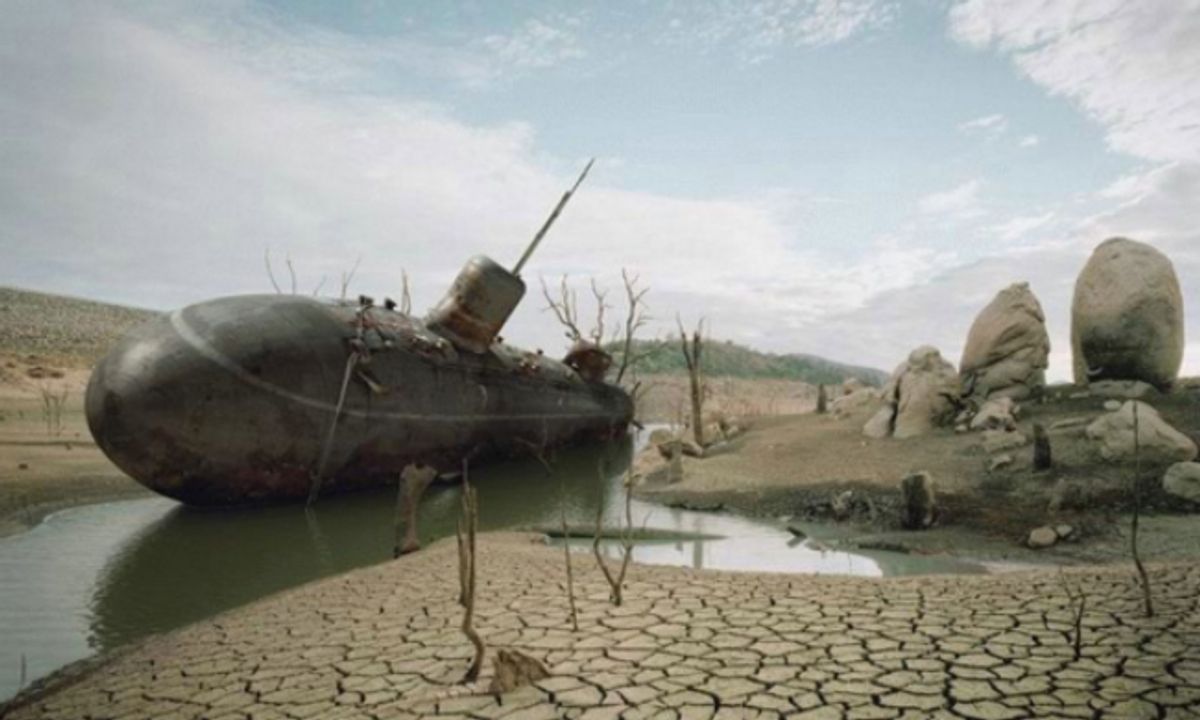 Claim:
A photograph shows an abandoned submarine in a desert.
Rating:

A photograph purportedly showing an "abandoned Russian submarine" has been posted to web sites such as Strange Cosmos, Oobject, and Tech and Geek since at least 2013.

While the above-displayed photograph does feature a submarine in a barren landscape, this is a composite image of two separate photos. The original image was taken by Getty photographer Michael Hall:

Hall was also responsible for the second image of the abandoned submarine. That image, entitled "Dried up dam with submarine," was accompanied by a "composition" tag, indicating that it consisted of more than one photo: