Does This Photograph Show the Abaco Islands Damaged by Hurricane Dorian?

A widely shared Facebook post claimed to show the effects of the storm's assault on the Bahamas in September 2019. 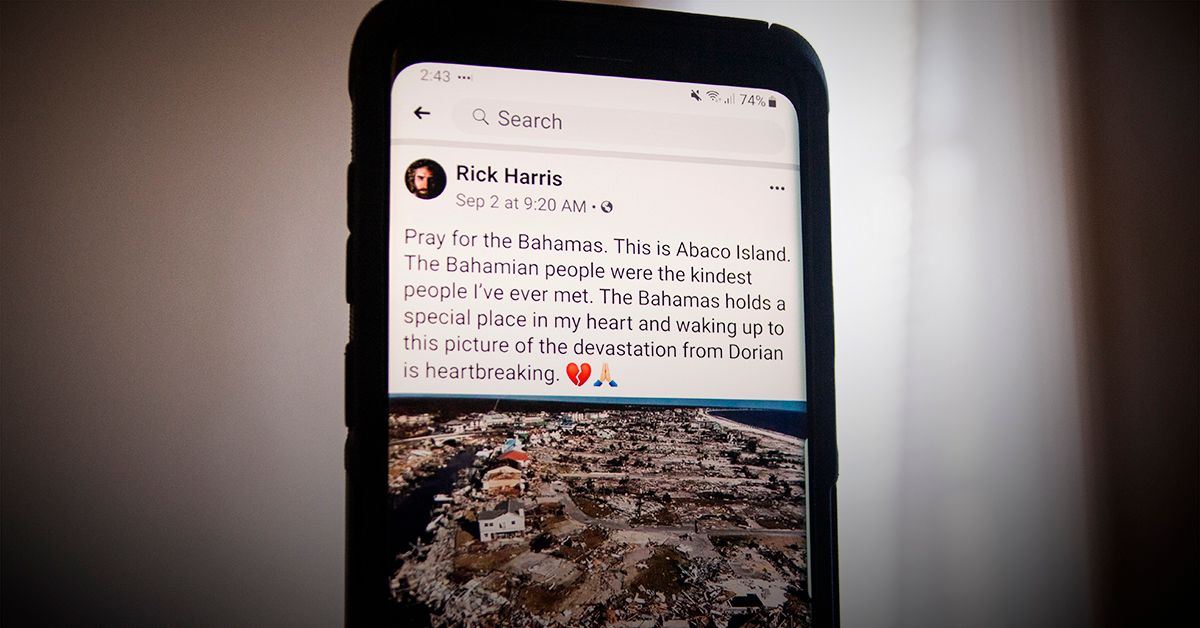 Claim:
A widely shared Facebook post includes a photograph of damage done to the Abaco Islands by Hurricane Dorian.
Rating:

Natural disasters are often the subject of online misinformation, and Hurricane Dorian attracted its own measure of misleading social media content in September 2019.

As the storm battered the Caribbean archipelago of the Bahamas on Sept. 2 and 3, one widely shared Facebook post purported to show evidence of the damage done to one of the Abaco Islands, a sub-group of islands west of Grand Bahama and north of New Providence, site of the country's capital of Nassau.

Rick Harris wrote: "Pray for the Bahamas. This is Abaco Island. The Bahamian people were the kindest people I’ve ever met. The Bahamas holds a special place in my heart and waking up to this picture of the devastation from Dorian is heartbreaking." That caption accompanied a photograph of an island or coastal location that appeared to have sustained considerable storm damage:

Whether or not Harris posted the photograph in a sincere attempt to galvanize public solidarity with the inhabitants of the Bahamas, the picture did not show what he said it did.

In fact, that particular photograph was taken on Oct. 17, 2018, and it showed the damage caused to Mexico Beach, a Florida city that came close to being destroyed by Hurricane Michael. The picture, which can be viewed below, was taken by Getty Images photographer Joe Raedle. Its caption reads:

"The aftermath of hurricane Michael is seen on October 17, 2018 in Mexico Beach, Florida. The hurricane hit on October 10th along the Florida Panhandle as a category 4 storm causing massive damage and claimed the lives of more than a dozen people."