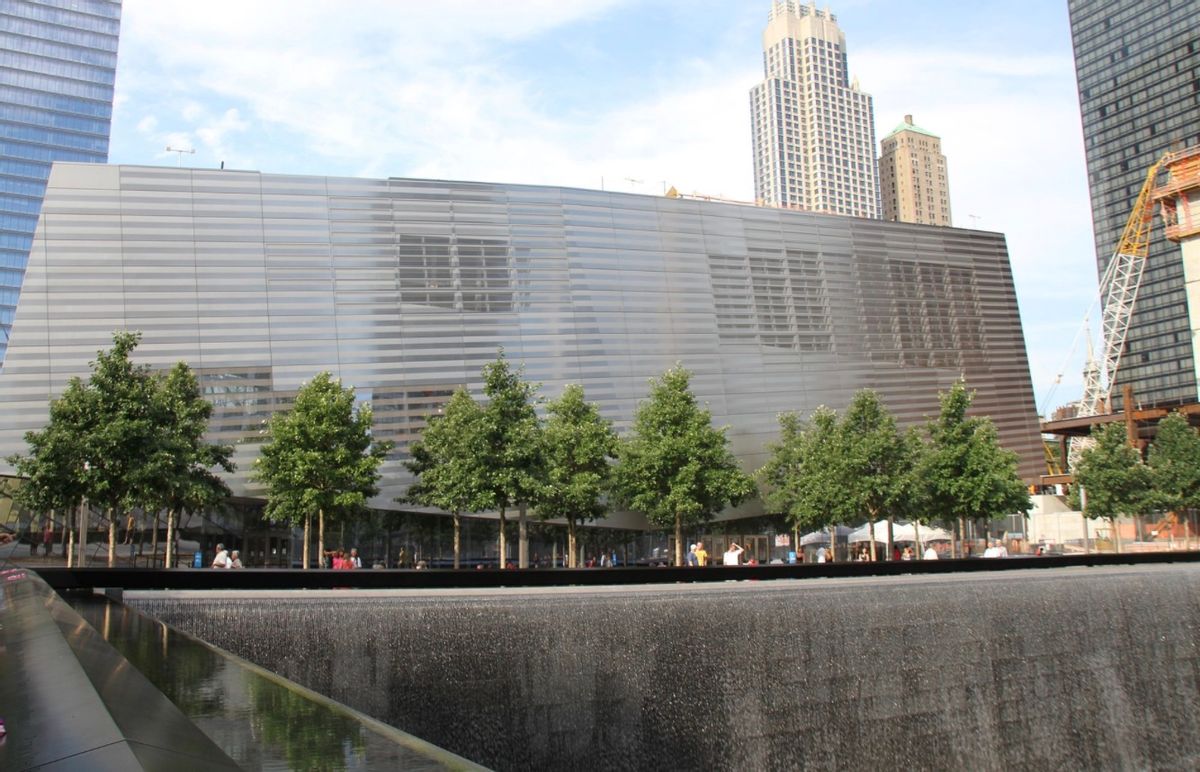 Claim:
The 9/11 Memorial & Museum and the World War II Memorial, both in New York state, were vandalized during Black Lives Matter protests in the spring of 2020.
Rating:

During late June 2020, Snopes readers inquired about social media posts circulating that led many to believe that the 9/11 Memorial & Museum and the World War II Memorial, both in New York state, had been vandalized during Black Lives Matter protests sparked by the May 2020 killing of George Floyd, a Black man in Minneapolis who died in custody of a white Minneapolis police officer. We reached out to the 9/11 Memorial & Museum to ask if the monument to those killed on Sept. 11, 2001, had been damaged by vandals during the protests. Spokeswoman Olivia Egger confirmed via email that "the 9/11 Memorial was not vandalized during any recent protests."

Readers also sent in screenshots of a Facebook meme from an incident that had nothing to do with protests. The meme includes an image of a woman, whom we have cropped out below for the sake of privacy:

While it's true that an upstate New York woman named Laura M. DiCampli was arrested in September 2019 on suspicion of spraying graffiti on 9/11 and World War II memorials in Geneva, a small city southeast of Rochester, New York, her alleged actions were unrelated to the protests during spring 2020.

We've concluded that the two above posts are hoaxes.

Because the 9/11 Memorial & Museum was not damaged during the spring 2020 protests, and because a vandalism incident in upstate New York that occurred in the fall of 2019 also was unrelated, we rate this claim "False."