Does Video Show an 800-Foot Underwater Atomic Blast in 1958?

As of this writing, the video had been viewed more than 11 million times across platforms. 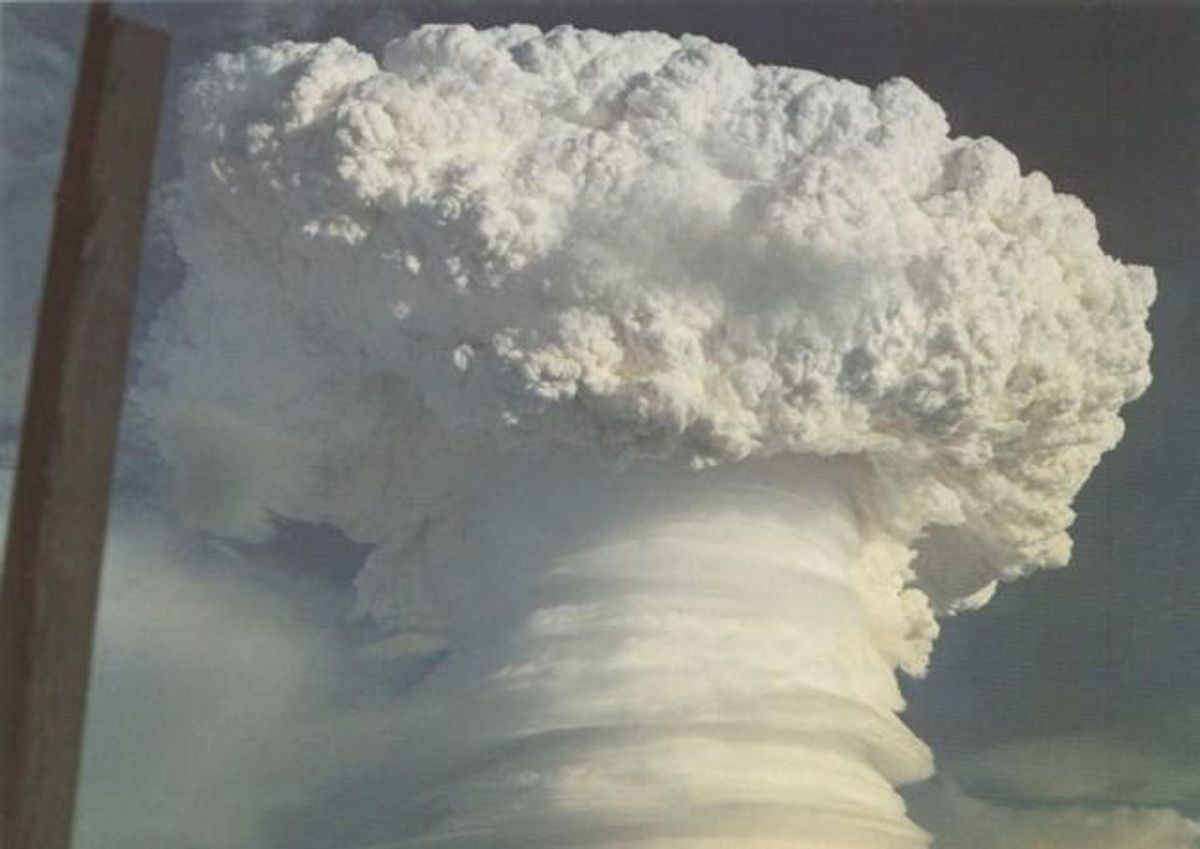 Claim:
A widely viewed video shared to social media in 2021 showed the underwater explosion of nuclear bomb being tested in the South Pacific during the 1950s.
Rating:

An otherwise calm ocean scene is disturbed by an erupting plume of whitewater stretching hundreds of feet in the air was captured in footage said to have been taken in 1958 during atomic testing in the South Pacific.

A video containing this footage was shared to Reddit in mid-October 2021 and had received more than 82,000 upvotes and nearly 6 million views as of this writing. But the video was originally shared to YouTube on July 17 by the verified, self-described account, Atomic Tests Channel.

The video is authentic. According to a description that accompanied the footage, the explosion occurred on May 16, 1958, and had been nicknamed the “Wahoo blast”:

Within a second of detonation, a spray dome was created that reached a height of 840 feet (260 m) after seven seconds. The overall shape of the spray dome resembled a cone with 45 degree sloped sides. Plumes were seen breaking through the spray dome after six seconds in every direction. The vertical plume continued rising until 12 seconds after the blast while the lateral plumes traveled for 20 seconds before collapsing.

The description went on to add that the diameter of the spray reached 38,000 feet within 20 seconds and the nuclear blast was calculated to be the equivalent of 9 kilotons of TNT. Information that accompanied the video was verified in an article published by Yahoo News on Sept. 17.

“The detonation point was the open ocean near Enewetak Atoll in the Marshall Islands. According to the Nuclear Weapons Archive, the Wahoo device was detonated at a depth of 500 feet in 3,200 feet of water,” read the article.

The explosion was conducted under the Mark 7 (Mk-7) program, which the National Museum of the United States Airforce noted was first produced in 1952 and was the first nuclear weapon that could be carried by the Air Force and Navy fighter aircraft.

“Although it was carried externally by fighters (F-84, F-100 and F-101), it also could be carried internally by bombers such as the B-57. Because of the lack of ground clearance when hung under a fighter, the Mk-7 had a lower fin that was stowed in a retracted position on the ground and was extended once the carrier fighter was in the air. Capable of either an air or ground detonation, the Mk-7 had a yield in the kiloton range. It became obsolete in 1968 and is no longer in service,” wrote the museum.

As such, we rate this claim as “True."