Did Barack Obama Say He Had Visited 57 (Islamic) States?

"Obama said he's going to campaign in 57 states, and it turns out that there are 57 Islamic states." 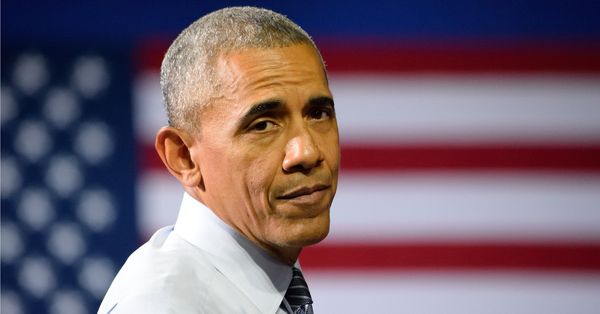 Claim:
During a 2008 campaign stop, Barack Obama said that he had visited "57 states," a reference to 57 Islamic states.
Rating:

Barack Obama said during a campaign stop that he had visited "57 states."

Obama's statement was just a slip of the tongue and not a reference to 57 Islamic states.

On the campaign trail in Beaverton, Oregon, in May 2008, an obviously tired Barack Obama mistakenly told a crowd that over the course of the long campaign he had been to fifty-seven states in the U.S., with one left to go:

"... it is just wonderful to be back in Oregon, and over the last we've traveled to every corner of the United States. I've now been in seven states? I think one left to go. One left to go. Alaska and Hawaii, I was not allowed to go to even though I really wanted to visit but my staff would not justify it."

Talking with reporters at a later campaign stop, Senator Obama expressed concern that he'd recently misstated both the number of potential victims of a recent cyclone in Burma and the number of states he'd visited, saying: "I hope I said people the first time instead of I understand I said there were today. It's a sign that my numeracy is getting a little,

Quickly enough, based on the (spurious) rumor that Barack Obama is a Muslim, someone came up with the fanciful idea that his mention of was not a dog-tired campaigner's simply misstating "forty-seven" as "fifty-seven," but a reference to the Organization of the Islamic which has states:

I guesss Obama was speaking the truth about the 57 states.

You are aware, probably, that Barack Obama lost his bearings recently and said that he was going to campaign in all You heard this? And everybody chalked it up to, 'Well, he's tired.'

Barack Obama says he's gonna go out and campaign in he was just tired, you know, it's been such a long campaign, he's been so many places, he probably thinks there are Well, I have here a printout from a website called the International Humanist and Ethical Union. And here is how the second paragraph of an article on that website begins. 'Every year from 1999 to 2005 the organization of the Islamic conference representing the states presented a resolution to the United Nations commission on human rights called combating.' And the title of the piece here is, 'How the Islamic states dominate the UN human rights council,' and there are 57 of them.

Obama said he's going to campaign in 57 states, and it turns out that there are states. There are states. So did Obama just lose his bearings, or was this a more telling slip, ladies and gentlemen?

The actual intent behind Senator Obama's misstatement was easy to discern without the need to invoke an obscure international organization. He was trying to express the thought that in all the time he had spent on the campaign trail so far in he had visited all (48) of the states in the continental U.S. save for one (i.e., "one left to go," excluding Alaska and Hawaii), but in his weariness he slipped up and started off with "fifty" instead of "forty." (Note the long pause in the video clip between the words "fifty" and "seven.")

As for the next obvious question, depending upon the definitional criteria used, there are more or less than countries/nations/states in the world. If an Islamic state is defined to mean any country in which a majority of the indigenous population is Muslim, then the total number of is actually a little lower (about 52). All such numbers are estimates, however, and are subject to additional definitional criteria.

As for Barack Obama's "fifty-seven states" verbal slip-up, it wasn't long before some wags also spoofed a previous controversy over the senator's eschewing the wearing of a lapel pin by coming up with a revised version of that familiar adornment: