Is This Real Footage of 30-Foot-Long, 'Man-Eating' Crocodile?

Would anyone really swim that close to one? 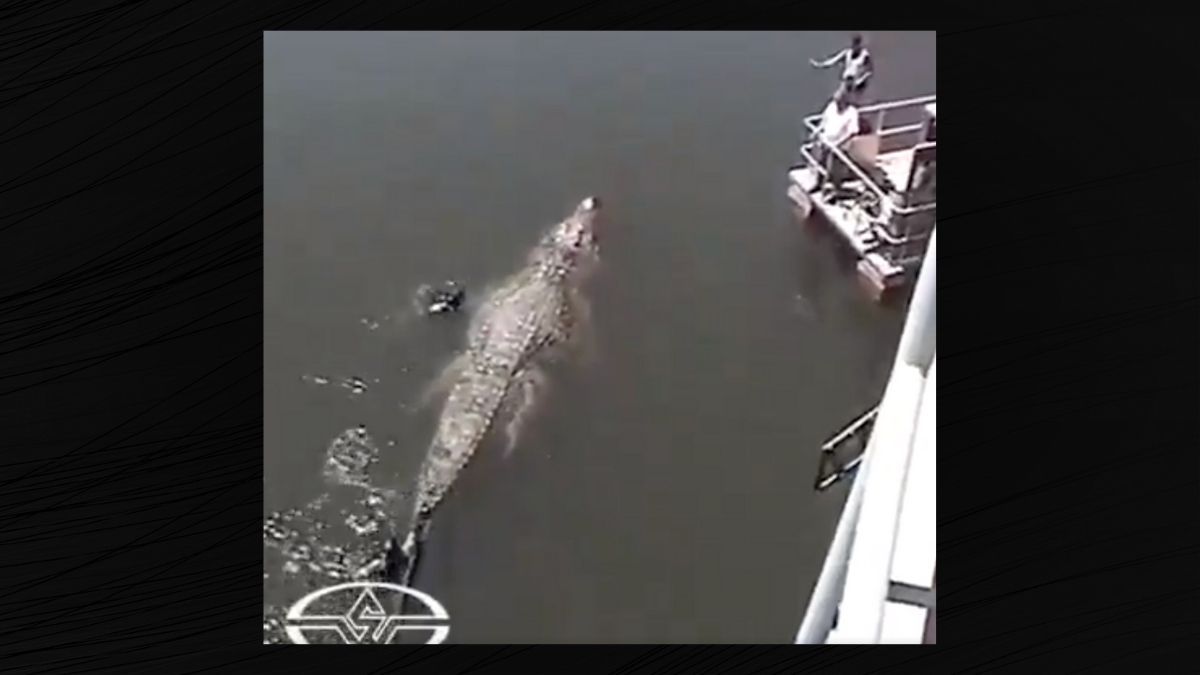 A video claiming to show people swimming around what is purportedly a 30-foot-long, 'man-eating' crocodile, is in fact taken from the set of the 1999 film "Lake Placid" and features an animatronic crocodile.

Twitter users claimed it was real, saying it was found in Maine:

However, the actual source of the video was the Stan Winston School of Character Arts, as seen in the watermark on the bottom left of the above clip. Stan Winston was in charge of creature effects and special effects for a number of films, including the “Terminator” franchise, "Jurassic Park," and more. For “Lake Placid,” the studio built a 30-foot-long, animatronic crocodile puppet, featuring “water-resistant urethane skin and a moving head, tail & snapping jaws that functioned underwater using waterproofed hydraulics.”

The above tweet pulls clips from the following videos that were posted by the Stan Winston School of Character Arts on Facebook. This was shot in Castaic Lake in Los Angeles, not in Maine:

Another video shows the process of building the crocodile:

The horror film is set in a fictionalized town in Maine, however, where a massive crocodile terrorizes locals and follows a group that sets out to kill it.

While this crocodile may not have been real, scientists did discover the remains of a prehistoric crocodile that stretched up to 30 feet in length. The biggest known freshwater crocodile that lived 110 million years ago grew to as much as 40 feet.

Given that the video is clearly misrepresented, we rate this claim as “Miscaptioned.”