Does This 1860 Painting Depict a Time Traveler Holding an iPhone?

Even our team at Snopes can’t prove if people have gone back in time. 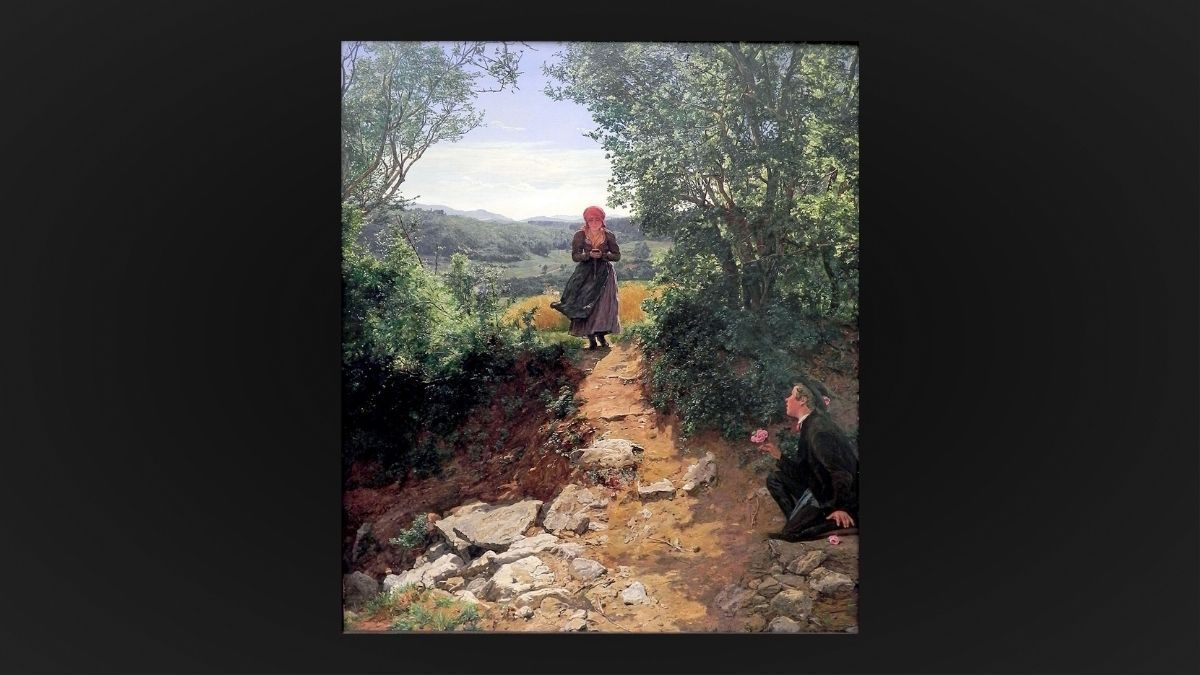 Claim:
An 1860 painting by Austrian artist Ferdinand Georg Waldmüller shows a woman walking down a path focused on an iPhone in her hands, thus depicting a time traveler.
Rating:

Contemporary interpretation is largely responsible for giving old paintings new relevance and life, but this one really took the cake: A 19th-century painting that made modern-day viewers do a double-take.

“The Expected One,” painted by Austrian artist Ferdinand Georg Waldmüller in 1860, shows a young woman looking down at an unidentified item in her hands as she walks along a path in the countryside, seemingly oblivious to her surroundings. Internet users claimed that the small, rectangular object she was holding was actually an iPhone, arguing that this 19th century painting showed time travel.

Indeed, the picture looks eerily like a woman who is lost in her cell phone screen. A doctored version of the painting exists on Pinterest, which shows the girl’s face illuminated by the glow of the iPhone screen. But this claim was soon debunked by art experts who said the purported cell phone was in fact a prayer book. In an interview with Vice, Gerald Weinpolter, CEO of the Art Agency Gerald Weinpolter GmbH, said: “The girl in this Waldmüller painting is not playing with her new iPhone X, but is off to church holding a little prayer book in her hands.”

That certainly is a more logical explanation than time travel. As such, we rate this claim as “False.”