Did 3 Men Die After Being Trapped 16 Days in Sunken Pearl Harbor Battleship? 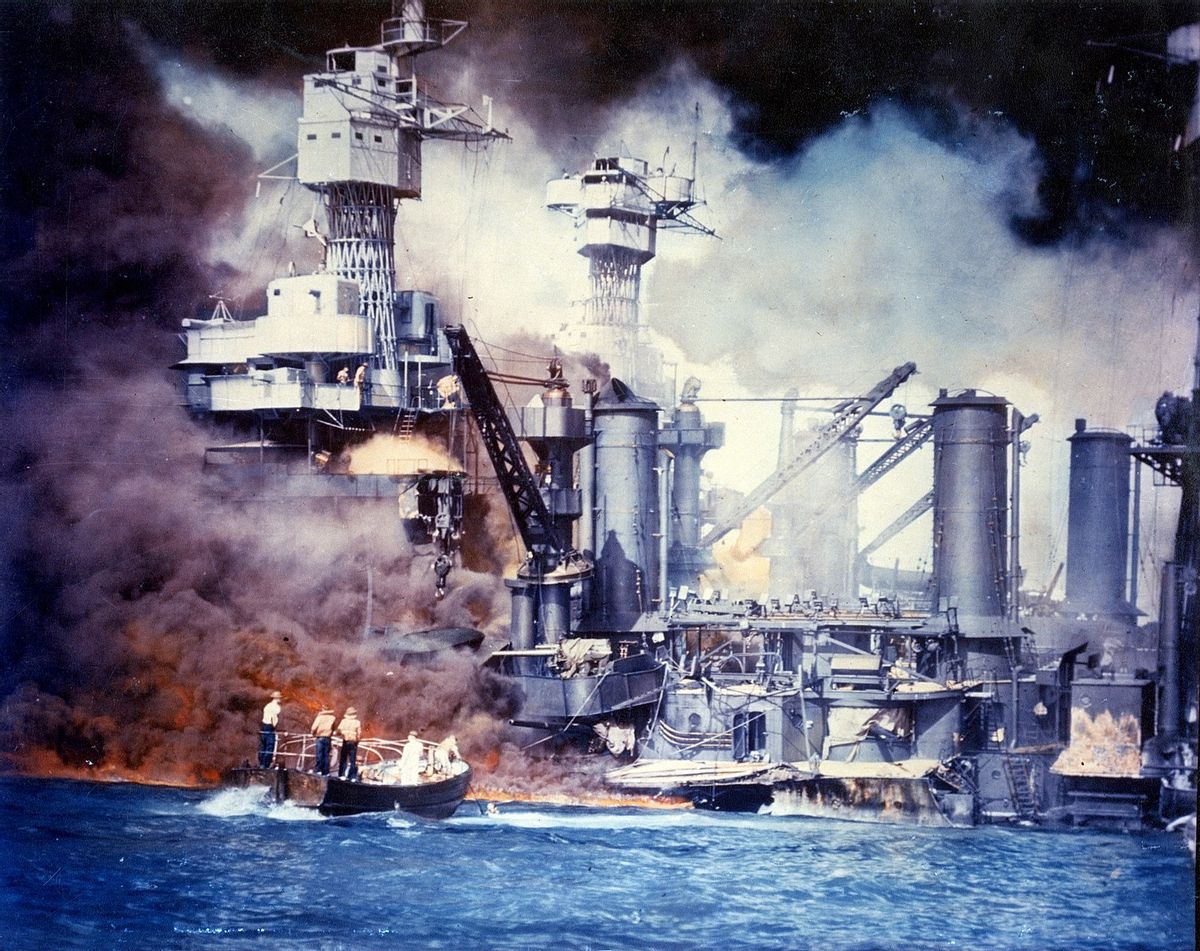 The Monkey Bar in Honolulu, Hawaii — so named for the live monkeys that once resided behind the bar — was a popular watering hole on the island of Oahu from its inception in 1939. It is now closed, but sailors stationed at Pearl Harbor on liberty from their naval duties were frequent guests at the bar's dark brown counter.

One such man was Fireman First Class Clifford Olds, a 20-year-old North Dakotan assigned to the USS West Virginia. While on liberty from the ship on Dec. 6, 1941, Olds visited the bar and had his picture taken alongside two friends. It was the last photograph to be taken of the young man. Clifford Olds is pictured at far right along with fellow sailors Jack Miller (left) and Frank Kosa (middle). Kosa was killed in February 1944 aboard the USS De Haven in the Pacific. USS West Virginia

The next day, Olds found himself on duty during the worst military attack to date on American soil. In the chaotic aftermath of the surprise Japanese attack on Pearl Harbor, Olds and two other men would find themselves entombed alive in the hull of the naval vessel settled in the muddy seafloor of the harbor 40 feet below the surface. It would take them 16 days to die. Photograph taken from a Japanese plane during the torpedo attack on ships moored on both sides of Ford Island in Pearl Harbor. Naval History and Heritage Command Photograph/Public Domain

Reports initially indicate that the families of the three sailors wouldn’t learn of the fate of the men until decades later when, in the early 1990s, former crewmembers began sharing stories of their experiences with the press. In 1995, Honolulu Advertiser reporter Eric Gregory described the catastrophic event in greater detail and The Seattle Times later republished the article on the anniversary of the attack.

And in the decades since, various iterations of the event have been shared to social media.

As the U.S. honored the 80th anniversary of Pearl Harbor in 2021, Snopes dug through the archives to confirm the conditions that led to the deaths of the three sailors. But first, a look at the events that led up to the disastrous attack.

Nicknamed the “Wee-Vee,” the USS West Virginia measured more than 600 feet long and could hold over 1,400 sailors. First commissioned in November 1921, the battleship was moved to Pearl Harbor in 1940 after nearly two decades serving in the U.S. Fleet in Australia and New Zealand, according to the Naval History and Heritage Command.

At the time of the Dec. 7 attack, the ship was positioned outboard, or to the outside of, the USS Tennessee as part of a seven-ship lineup on “Battleship Row," when it was hit by two bombs from overhead and by at least six torpedoes (some accounts say seven) underwater, ultimately killing 106 of its crew members, notes the National Park Service.

Following impact, officers aboard the Wee-Vee called what is known as a “set condition Zed” — a naval technique that requires closing of all hatch compartments and counter-flooding a portion of the ship so that she won’t capsize but will sink upright. The decision allowed hundreds to escape but sealed the fate the three live men trapped in the hull.

For 30 hours, the ship burned slowly as it sank and the morning following the attack, crew members and naval personnel reported hearing a tapping sound originating from the forward hull of the vessel.

"When it was quiet you could hear it...bang, bang, then stop. Then bang, bang, pause. At first, I thought it was a loose piece of rigging slapping against the hull. Then I realized men were making that sound -- taking turns making noise,” said bugler Dick Fiske in a piece written by Roger Hare. Sailors recount the following days when men dreaded guard duty that put them within earshot of the sunken battleship and the “desperate — almost tireless — cry for help.” For more than two weeks the banging continued, but crews were unable to get to those making the sound. Drilling a hole in the boat might have caused a “blowout” from the pressure of the seafloor, while oil spilled along the surface of the ocean could have easily sparked an explosion.

It wasn’t until months later, when crews were able to pump out water to partially float and dry-dock the boat that the bodies of the three men were found in storeroom A-111, alongside flashlight batteries, manhole access to a supply of fresh water, and eaten emergency rations.

A now-lost calendar had red X's marking the days between Dec. 7 and Dec. 23.

Olds was reportedly entombed alongside 18-year-old Ronald Endicott and Louis “Buddy” Costin, 21. We cross-checked a casualty list posted by the National Park Service, the government agency that oversees management of Pearl Harbor today, and found that all three men were indeed listed as deceased in the attack. A look through gravesite databases also confirmed that Ronald Endicott of Washington state and Buddy Costin of Indiana were killed in the attack and subsequently buried at the National Memorial Cemetery of the Pacific at Punchbowl crater in Honolulu. Cliff Olds’ body was returned to his home state of North Dakota.

In April 1943, the USS West Virginia steamed to the West Coast for final repairs and emerged again in July 1944 as a modernized ship that would play a key role in many battles and ultimately be present at Tokyo Bay during the Japanese surrender. Decommissioned in 1957, the Wee-Vee was sold for scrapping in 1959.

In all, the attack on Pearl Harbor lasted less than two hours but killed 2,403 U.S. personnel, including 68 civilians, and destroyed or damaged 19 Navy ships, according to The National WWII Museum.

More: Pearl Harbor Rumors Which Will Live in Infamy

They Will Always Be Remembered. https://www.usswestvirginia.org/stories/story.php?id=23. Accessed 6 Dec. 2021.