"If you see this orange dot on your iPhone, you need to get help seriously, and fast," an Instagram user claimed. 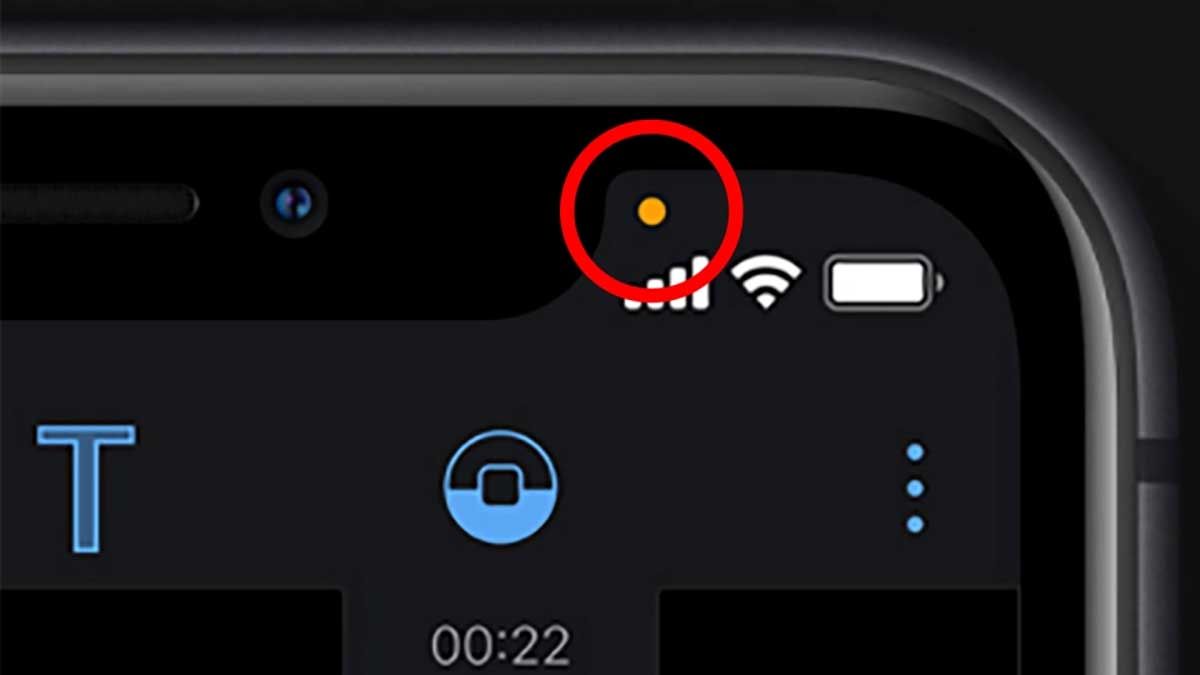 The meaning of having an orange dot appear on your iPhone screen is simply that an app is using the microphone. However, that fact hasn't stopped some social media users from posting alarmist rumors about the helpful feature.

First, here's the official word from Apple, straight from an Apple Support page:

With iOS 14 or later, an orange dot, an orange square, or a green dot indicates when the microphone or camera is being used by an app.

A green indicator means either the camera or the camera and the microphone are being used by an app on your iPhone.

Claim: 'Someone Is Listening to You'

We received reader inquiries about the orange dot that can appear on iPhone screens after some social media users claimed, without evidence, that the indicator meant that a stranger was listening in without authorization.

For example, Instagram user @thenewjerseyshade made this sort of claim in a video that was posted on Nov. 1, 2022.

If you see this orange dot on your iPhone, you need to get help seriously, and fast. If you see an orange dot like this one on the top of your iPhone, this means someone is listening to you. It's been recently all over the news and in fact the orange dot is a warning sign from Apple that someone is using your microphone without your permission. If you have no apps open and this is still there, then someone is spying on your phone and listening to your conversations. If you see this orange dot, turn your phone off immediately and go and get help.

In the video, New Jersey Shade showed one article and said, "It's been recently all over the news."

However, the article from The Sun that he showed in the video that he claimed was "recently" published was, in fact, originally printed in September 2020, which made it more than two years old by the time the video was posted.

According to The Sun, an iPhone update announced in September 2020 gave users the ability with the orange dot to see when the microphone was being accessed by an app. The update also helped to show which apps had recently utilized the device's microphone functionality.

New Jersey Shade claimed that users who see an orange dot on their iPhone screen need "to get help seriously, and fast." However, that seems to have been a bit of an alarmist take. If users see the orange dot show up on their iPhone screen, it likely just means that an app has access to the microphone, perhaps in the background. This access to the microphone can easily be disabled on an app-by-app basis.

The iPhone User Guide website provides details on how to allow or deny microphone access to individual apps.

We have so far been unable to locate any news stories about users filing police reports about strangers gaining access to their microphone, or really any sort of crime reporting at all that would be related to the orange dot that can appear on iPhone screens. This is not to say that there couldn't be any such news in the future, but rather that, as of early January 2023, our search came up empty.

This story will be updated in the future should further details come to light.

"About the Orange and Green Indicators in Your iPhone Status Bar." Apple Support, https://support.apple.com/en-us/HT211876.