A long-running theory does not have much of a leg to stand on. 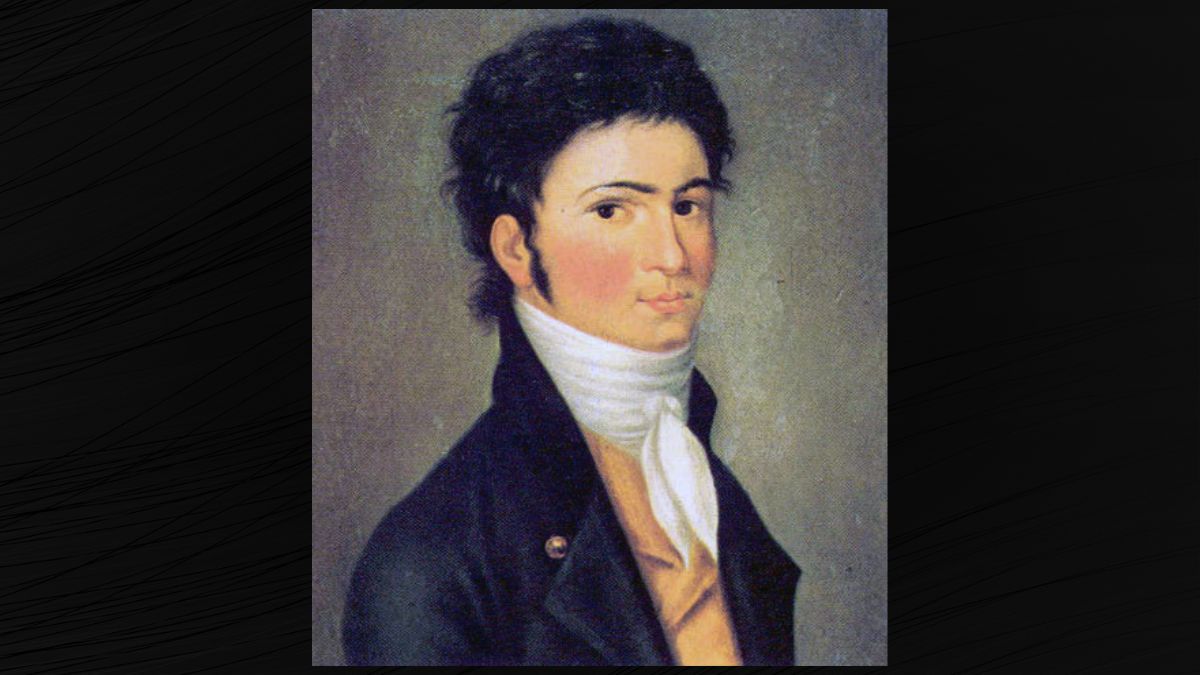 The renowned German composer and pianist Ludwig van Beethoven has long been the subject of theories that he had African heritage. The rumor has become a popular joke on Twitter, leading many academics to look into its origins, and whether there is any veracity to the claims.

Many academics have debated this question, and for more than a century various iterations of this claim have flourished. Dominique-René de Lerma reported that British composer Samuel Coleridge-Taylor may have speculated in 1907 about Beethoven having “coloured blood in his veins.” According to the 1990 academic article “Beethoven as a Black Composer” by de Lerma in the Black Music Research Journal, Coleridge-Taylor reportedly thought this because of “the great composer’s type of features and many little points in his character, as well as by his friendship for [George Bridgewater], the mulatto violinist.” However, de Lerma pointed out that Beethoven’s friendship could not be considered as evidence, even though it was known that he was darker complexioned.

De Lerma emphasized that Beethoven’s ancestors were all known to be Flemish, though at some point the region they lived in had become Spanish. In the 16th century, Spain carried its Inquisition into the area, as well. If Beethoven was shown to have a Spanish ancestor, it could open the doors to an African connection. Nicholas Rinehart, a scholar of Black literature, addressed this connection and cited de Lerma in his paper “Black Beethoven and the Racial Politics of Music History”:

The logic goes something like this: Beethoven’s family, by way of his mother, traced its roots to Flanders, which was for sometime under Spanish monarchical rule, and because Spain maintained a longstanding historical connection to North Africa through the Moors, somehow a single germ of blackness trickled down to our beloved Ludwig. This very theory—that Beethoven was descended from the Moors—has re-appeared in several works throughout the  twentieth century. Jamaican historian Joel Augustus Rogers (1880–1966) popularized this theory in several writings around midcentury, but the birth of the myth can be traced back further to approximately 1915 or even earlier according to music historian Dominique-René de Lerma, the world’s leading scholar on classical composers of color.

In the biographical series, “The Life of Ludwig van Beethoven” by American journalist Alexander Wheelock Thayer, Beethoven is described as having the following features as he arrived in Vienna as a youth:

Like the multitude of studious youths and young men who came thither annually to find schools and teachers, this small, thin, dark-complexioned, pockmarked, dark-eyed, bewigged young musician of 22 years had quietly journeyed to the capital to pursue the study of his art with a small, thin, dark-complexioned, pockmarked, black-eyed and bewigged veteran composer. In the well-known anecdote related by Carpani of Haydn’s introduction to him, Anton Esterhazy, the prince, is made to call the composer “a Moor.” Beethoven had even more of the Moor in his looks than his master. His front teeth, owing to the singular flatness of the roof of his mouth, protruded, and, of course, thrust out his lips; the nose, too, was rather broad and decidedly flattened, while the forehead was remarkably full and round—in the words of the late Court Secretary, Mähler, who twice painted his portrait, a “bullet.”

Alexander Carpenter, a professor in the fine arts department at the University of Alberta, wrote about how many of Beethoven’s contemporaries described him as dark-skinned. But many also assumed Beethoven’s ancestry because of the nature of his music, and that it “sounds” Black.

In the 1960s United States, the idea of Beethoven’s purported Blackness was more important than its accuracy to some, particularly during the civil rights movement.

But ultimately, there is no definitive evidence that Beethoven had African ancestry. Tom Service, a music journalist, wrote for The Guardian:

We do know that Beethoven had a close friendship with the black virtuoso violinist George Bridgetower, for whom he composed his most ambitious violin sonata, the Kreutzer (they premiered it together, and Beethoven called it his “Sonata per un Mulattico Lunatico”). The sonata’s dedication was only changed to another violinist when the two fell out over a girl. Bridgetower is not known to have made any reference to his friend having African or Moorish heritage. Let alone, for example, the mountain of other evidence that supports the more conventional reading of Beethoven’s origins.

De Lerma also pointed out at the end of his article how historians took great pains to trace Beethoven’s ancestry, particularly during Nazi times: “During the time of the Nazis, studies identified those who were not Aryan (African or Jewish blood would have caused Beethoven to fail the test, but he passed). Flemish scholars took pride in finding so solidly a Flemish background with Beethoven.”

Rinehart pointed out that the assumptions around Beethoven’s ancestry also recycled stereotypes and racist tropes about blackness. But he also argued that the arguments being made were often devoid of historical research and lacked nuance:

They, too, illustrate the far-too-common propensity to reject more nuanced or complicated notions of ethnicity and interracialism in favor of an either/or construction of race along a strict black/white binary. Nowhere is the possibility and never is the suggestion that Beethoven was a mixed-race or interracial composer. He was either black or he was  white. As J. A. Rogers argued initially in Sex and Race, “In short, there is no evidence whatever to show that Beethoven was white.” As de Lermahas written, “No matter how circumstantial or speculative [J. A.] Rogers’s arguments might be, they are certainly ardently posed and are most provocative for those who still think of a black/white dichotomy. They deserve notice.” Almost three quarters of a century later, these arguments are still being “ardently posed” and they are still “provocative” and “deserve notice.” And moreover, the blanket statement that “Beethoven was black” denies any distinction between belonging and genealogy in the formation or construction of racial or ethnic identity—black or otherwise. This repeated insistence also showcases how intellectual and historical debates are increasingly taking place in new places and spaces.

Rinehart concluded that this reimagining of Beethoven’s roots both "whitewashes" and "blackwashes" musical history, by creating inaccuracies that seek to validate people of color: “The figure of Black Beethoven is perhaps most significant because it is a radically desperate attempt to accomplish what historical whitewashing has totally failed in doing. This desperation, this need to paint Beethoven black against all historical likelihood is, I think, a profound signal that the time has finally come to make a single, concerted, organized, rigorous, dynamic, and robust effort at fundamentally reshaping the classical canon and reconsidering and reimagining the history of Western art music, period.”

Perhaps the best way to understand the contributions of Black people to musical history is to actually research the artists who were known to be Black and mixed-race, like Coleridge-Taylor, George Bridgetower, and many more.

Ultimately there is no concrete proof that Beethoven was Black, a theory that gained more traction on the internet over the years. We will harken back to Thurman, who pointed out that such a question seems beside the point: