How the 1937 'Witch' Movie Visual Effect Shot Was Achieved

A shot in the 1937 film, "Sh! The Octopus," showed a nanny, referred to by some viewers as a "witch," beginning to transform into an octopus. 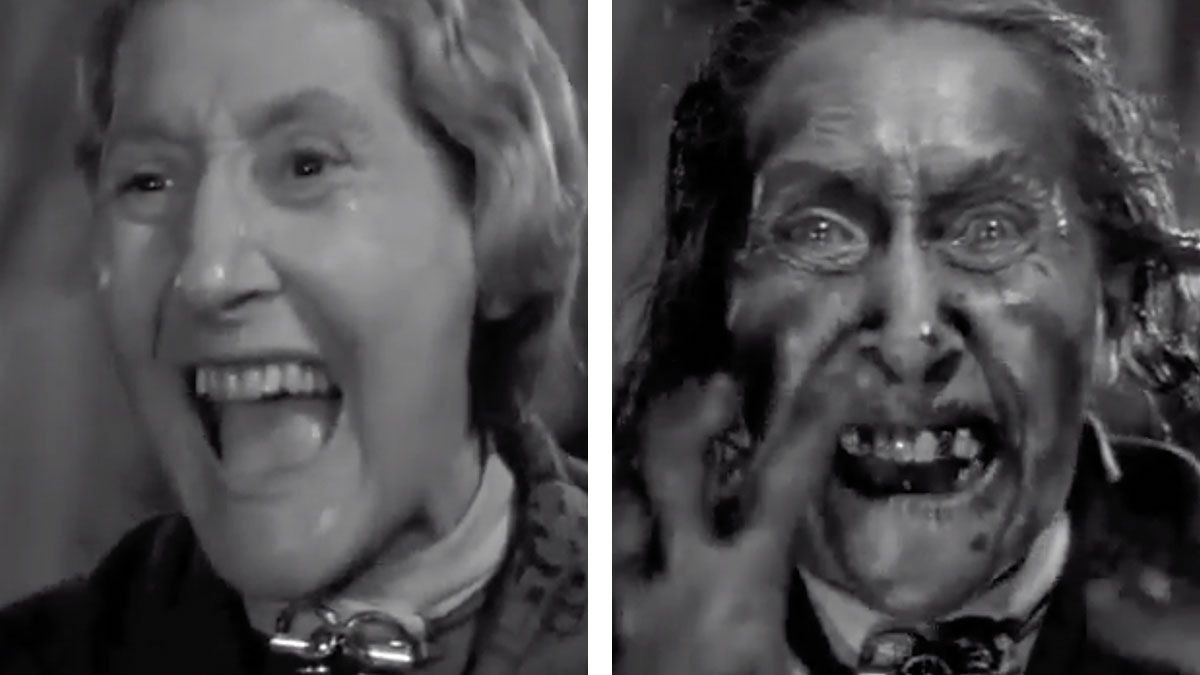 In early 2022, Google users searched for answers about a woman who appeared to begin to transform into a "witch" by way of visual effects in the 1937 Warner Bros. Pictures movie, "Sh! The Octopus." The video was posted on the @wastedjr Instagram account on Jan. 5. As of Feb. 18, it had been liked close to 400,000 times and received nearly 7 million views.

The caption on Instagram read: "Bruh how was this a visual effect from 1937?"

This was real. The video had not been doctored. According to an article from She Blogged By Night, while it was indeed a real scene from the 1937 black-and-white movie, "Sh! The Octopus," the visual effect showed a nanny beginning to transform into an octopus, not a "witch."

How They Did It

In 2019, the Corridor Crew YouTube channel broke down how the movie's "witch" effect was achieved in 1937, long before CGI was introduced later in the century. The discussion was between Clinton Jones, Wren Weichman, and Niko Pueringer, who were all part of Corridor Crew at the time.

"Whoa. Ok, the wig I get, but there's like no cut," said Weichman. "There's no transition on her face evolving and transforming."

"How do you think they did it," asked Niko Pueringer. Jones responded, "I know the answer."

They eventually explained that the nanny's face had been painted for the effect to work, but it was not initially visible before the transformation due to an optical trick that could only have been achieved in black and white.

So, you have a red filter in front of the camera and it's filtering out any red on her. So, you have all these red marks on her face but you can't see any of that because the red filter is cutting all of it out. You transition it to a blue filter and suddenly all of those red splotches become bright and you can see all of the luminance difference.

The crew showed a visual demonstration of how the effect worked. The entire segment begins at the 12:33 mark in the video:

The plot for 1937's "Sh! The Octopus," which again had nothing to do with a witch, was summed up by IMDb like this:

Comedy-mystery finds Detectives Kelly and Dempsey trapped in a deserted lighthouse with a group of strangers who are being terrorized by a killer octopus AND a mysterious crime figure named after the title sea creature. In sum, the scene in the film referred to by viewers as the 1937 "witch" movie was actually about a woman who began to transform into an octopus. The visual effect was done practically with paint and optical filters.

Any readers who want to learn more about, "Sh! The Octopus," can watch the trailer on TCM.com or see the whole film on YouTube.