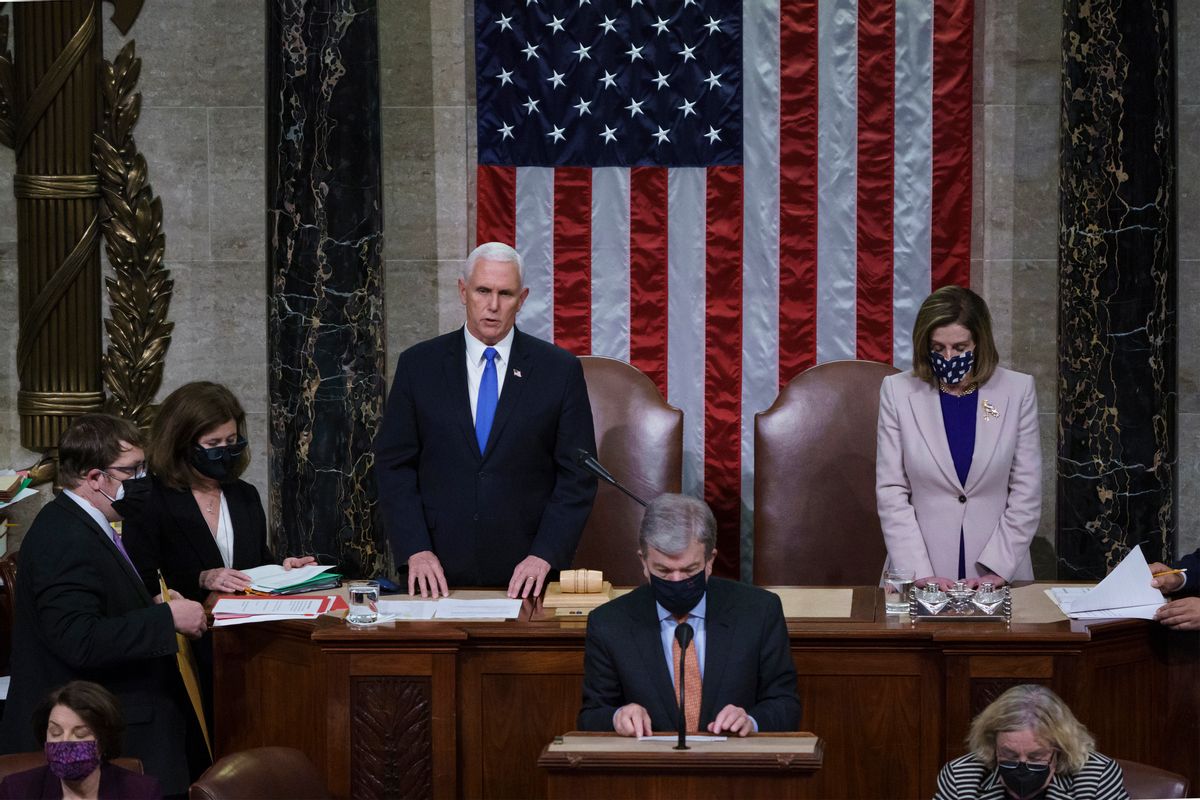 Never has a U.S. president been elected by popular vote — that is, one candidate’s raw number of votes compared to the other's from Election Day results.

Rather, when you cast your ballot at a polling site or via mail, you're actually deciding for which presidential candidate your state’s electors will vote. They’re groups of people who meet up in each state the weeks after Election Day to vote via what’s called the Electoral College.

Once those votes happen, officials in each state write up documents including a so-called “Certificate of Ascertainment” to send to the U.S. Capitol for congressional review in January. Those documents list the state’s slate of electors and who they picked for president and vice president. (January 1953: Washington: Ballot Counting On Capitol Hill. Page Boys carry the electoral ballots in gold-trimmed mahogany boxes from the Senate en route to the House, where they were counted before a joint session of Congress.)

In other words, every four years on Jan. 6, election laws require an official ceremony where the president of the Senate (that was Vice President Mike Pence in 2021) goes in front of the House of Representatives and Senate, physically opens the seal of each state’s certificates, reads the state’s electoral vote and calls for any objections. “His role is more akin to a ceremonial host,” NPR explained of Pence’s duty at the time

The official count of electoral votes — a historically mundane step to affirm a candidate’s win — is the final step to certify presidential election results. It is a false interpretation of the Constitution, federal laws, or state statutes that govern U.S. elections to consider the procedural event as an opportunity to defy the outcome of the popular vote.

On Jan. 6, 2021, the official count, or certification, of electoral votes in Biden’s favor did happen – though only after an hours-long delay because of violence.