Yes, a Shark in 1935 Vomited a Tattooed Human Arm in Australia

This murder mystery is a real bellyful. 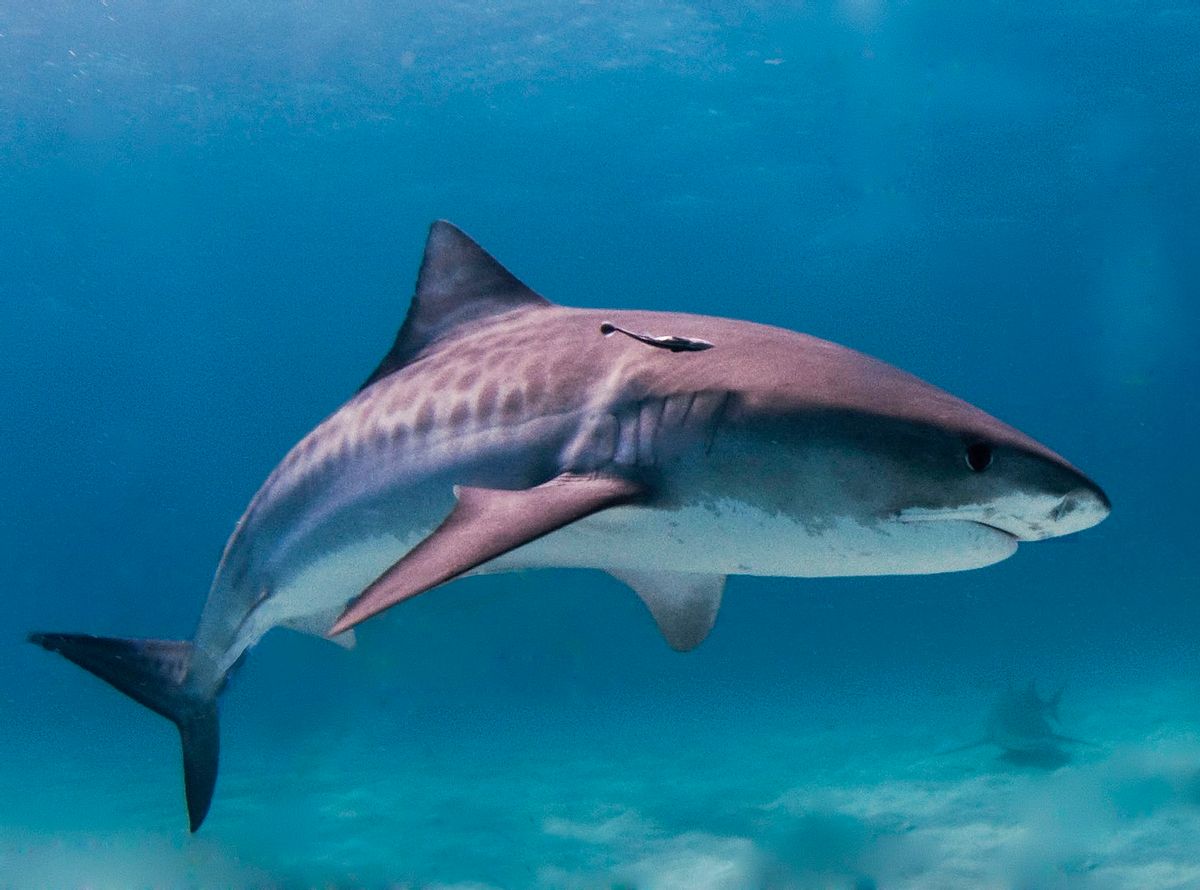 One of Australia’s biggest murder mysteries cost an arm and one hell of a stomach ache (for the shark). The unsolved murder of James Smith and the story of how his arm made it into the belly of a tiger shark in Sydney captured the imagination of Australians ever since the shark vomited the appendage out in 1935.

So, how did Smith’s body part end up inside the shark?

It all began with the capture of the 14-foot tiger shark by a local fisherman off Coogee Beach in Sydney. The shark was brought to Coogee Aquarium and Swimming Baths to be a part of its exhibition in April 1935.

The shark was a popular exhibit, and for a few days, swallowed every food item offered to it. But by late April, it started growing irritable and refusing everything. The 1994 book “The Jaws of Death: Shark as Predator, Man as Prey” by Xavier Maniguet, a medical writer and doctor, describes this key moment in great detail:

The following day strange happenings occurred which were witnessed by a small gathering of fourteen people, among them Narcissus Young of the Sydney Morning Herald, who was later to give evidence in court: "The shark was moving around slowly, then suddenly speeded up, banging against the aquarium walls before diving to the bottom, where it swam in two or three irregular circles, before coming to a stop. I was three or four metres from the shark and clearly saw come out of its mouth a copious brown froth which smelled really foul. And then suddenly, up to the surface floated a bird, a rat, a load of muck, and then, in the middle of all that, a human arm with a piece of rope tied around it.”

The book goes on to describe in detail what the arm looked like:

It was a whole arm, including forearm and hand, clearly belonging to a very muscular man. The mystery might have appeared too difficult to unravel had there not been a very characteristic tattoo on the front of the forearm: two boxers in combat. In addition, a piece of rope 1.4 metres long was tied around the wrist by two half-hitch knots, and on the front of the arm, above the elbow, was a broad straight wound.

The arm appeared to be cleanly dislocated at shoulder level, and not bitten off. There were no tooth marks, and an expert concluded that it had been removed by a knife. After an unsuccessful search for the origin of the arm, one theory began to spread: It could have been the result of a gruesome murder. According to the book, the Sydney newspaper Truth printed a description and a picture of the tattoo in the hopes that someone would come forward. Turns out, someone did.

A May 1935 report in the Truth revealed the name of the missing man whom the arm may have belonged to:

C.I.B. are convinced that Fate has revealed a cold-blooded murder, which like the case of the Albury Pyjama Girl, may prove to be another perfect crime. The victim of this mysterious death drama is James Smith, of Gladesville, former billiards marker at City Tattersall's Club, a well-known suburban billiards saloon keeper, one-time promising lightweight boxer, and a man with seemingly not an enemy in the world. 'Truth,' which played an outstanding part in the identification of Smith, knows that the dead man's relatives have expressed grave fears as to how he came to meet such a shocking fate.

They scoff at all theories of suicide. Instead, openly they have expressed the opinion that Jimmy Smith was murdered. The finding of the arm opens up theories as to how he could have met such a fate. Smith was either the victim of a quarrel while on a fishing excursion, and after being clubbed into unconsciousness, was securely bound and tossed into the ocean's depths, or the dastardly deed was committed on dry land, and the brain of the human monster responsible conceived the idea of covering up traces of the crime by sending him to a watery grave.

The case became known as the “shark arm mystery,” according to Truth.

Detectives learned that Smith had been last seen drinking at a hotel in a Sydney suburb with a friend, Patrick Brady, just a couple of weeks before his arm was found in the shark's belly. On April 8, Smith informed his household that he was going fishing. As per the Truth newspaper: "It was just a casual remark, and no names of his companion, or their destination were mentioned. 'Good-bye, Ma,' he said before he left. 'The weather's fine and we should have a good time. Tell Gladys not to worry, I'll be O.K., and don't you worry either.'

Brady became the prime suspect in the case, as his landlord told investigators that he had vacated his rental soon after Smith went missing and had scrubbed clean both the walls of the house and a rowboat that was included with it.

A cab driver told investigators that he had dropped off a disheveled Brady the day after Smith was last seen to a house owned by a man named Reginald Lloyd Holmes, who was heavily involved in the criminal underworld, and ran a smuggling ring in which he hired Smith and Brady to take out his speedboats and pick up cigarettes, cocaine, and any contraband thrown overboard by ships. A public prosecutor surmised that they had all been involved in an insurance-fraud scheme involving intentionally destroying a boat to collect insurance money. One scheme must have gone wrong, because they all had a falling out, the theory goes, and it ended with Smith's death.

Both Brady and Holmes were questioned by law enforcement, and neither cooperated. Holmes said he did not even know Brady or Smith. Brady was eventually charged with murder and Holmes released.

Soon after he was released, Holmes took a boat out into the water, tried to shoot himself, and failed, only managing to wound himself in the process. He fell into the water, woke up, and saw onlookers had called the police. He climbed back into his boat, and led the police on a chase around Sydney Harbor, according to Atlas Obscura (AO). They apprehended Holmes and took him to the hospital. Holmes finally claimed that Brady murdered Smith, dismembered his body, buried most of it, and brought the arm to Holmes, threatening him. Brady allegedly said that Holmes would end up like Smith if he didn’t pay up. After that, Holmes claimed that Brady tied a weight to the arm and threw it into the water. Holmes said that he had a nervous breakdown and tried to commit suicide, AO reported.

And the many twists continued. Holmes agreed to repeat his claims in court, but he was shot and killed in his car the night before his appearance. Some thought he killed himself, while others argued he was murdered because of his impending testimony. One historian argued that he took out a hit on himself to spare his own family any embarrassment if his crimes were revealed, and allow them to collect his life insurance. Two men were indicted in Holmes’ murder, but the court could not prove evidence of their guilt. The case against Brady also fell apart, and he maintained his innocence until his death in 1965.

So what happened to the shark?

In late April 1935, soon after disgorging the arm, he became ill and was killed. A post-mortem revealed the remains of another shark, a few fish bones, but no other human remains.

Years later, people were still amazed by the circumstances of the case. As a 1952 article in the Brisbane Telegraph said, “Nothing would have been known of the tragedy had the shark not swallowed the tattooed arm. It was amazing that, of all sharks in the deep, this particular one should have been caught.”

Soniak, Matt. “How Did a Shark in a Sydney Aquarium End Up With a Human Arm?” Atlas Obscura, 21 July 2016, https://www.atlasobscura.com/articles/how-did-a-shark-in-a-sydney-aquarium-end-up-with-a-human-arm. Accessed 9 Dec. 2021.