Is the White House Haunted by Abraham Lincoln’s Ghost?

Like all spectral sightings, hard to actually prove this one. 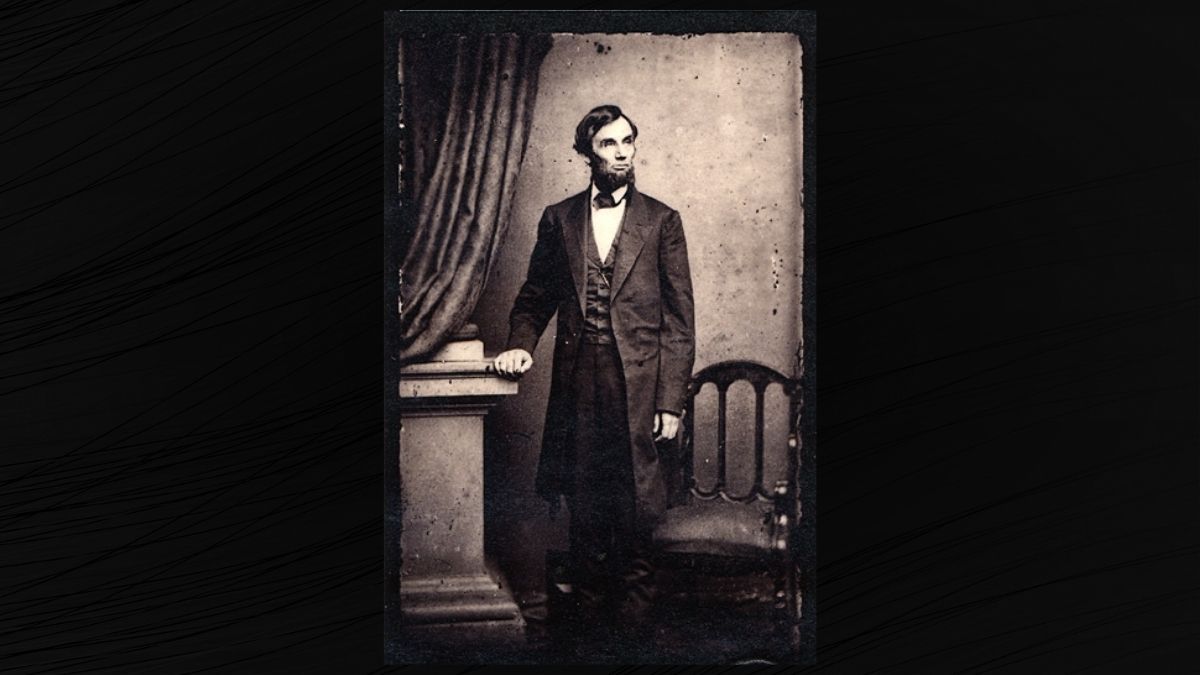 Claims of ghostly presences are more common than you think, but it's impossible to prove their existence. And what about extremely famous ghosts that pop up over centuries, and sometimes, in the same place?

The White House has purportedly been the site of many a spectral sighting, with numerous individuals claiming to have encountered the ghosts or presences of former presidents and first ladies.

One of these spirits was none other than President Abraham Lincoln, whose family was well-acquainted with death and loss, and whose wife, Mary-Todd Lincoln, cultivated a relationship with spiritualism.

Spiritualism was “a belief system centered on a doctrine in which the dead can communicate with the living.” It grew widely popular in the wake of the Civil War, as thousands of families grieved their losses. Mary-Todd lost three of four of her children, many of them at a very young age. She first began conducting séances in the White House’s Red Room after the death of her 11-year-old son, William, or “Willie,” from typhoid fever. It is believed that she conducted at least eight, with the help of a group of mediums from Georgetown, and Lincoln himself supposedly was in attendance for at least one.

According to the White House Historical Association:

The séances proved to be such an effective coping mechanism for Mrs. Lincoln that she once remarked to her half-sister that, “Willie Lives. He comes to me every night and stands at the foot of the bed with the same sweet adorable smile that he always has had. He does not always come alone. Little Eddie [her son that perished at the age of four] is sometimes with him.”

Through spiritualism, Mrs. Lincoln, like many Americans at the time, found solace in the belief that one could communicate with lost loved ones. Despite this, Mrs. Lincoln did take a step back from her practice after several months due to societal pressures.

Some claimed that Lincoln even foresaw his own death in his dreams, even though he may not have known it. According to History.com:

Ward Hill Lamon—Abraham Lincoln’s former law partner, friend and sometime bodyguard—told a famous story about the 16th U.S. president’s premonition of his own death. According to the tale, just a few days before his assassination on April 14, 1865, Lincoln shared a recent dream with a small group that included his wife, Mary Todd, and Lamon. In it, he walked into the East Room of the White House to find a covered corpse guarded by soldiers and surrounded by a crowd of mourners. When Lincoln asked one of the soldiers who had died, the soldier replied, “The president. He was killed by an assassin.” (Interestingly, Lincoln supposedly later insisted to Lamon that the body on display was not his own—so he himself did not view the dream as a portent of his own demise.) Some historians have cast doubt on Lamon’s account, which was first published in the 1880s, nearly 20 years after the assassination. Though Lamon claimed to have reconstructed the incident based on notes he made in 1865, it does seem odd that neither he nor Mary Lincoln mentioned the dream right after the president’s murder.

Even though the séances and the dreams could have just been conjecture, many claim to have seen more than one Lincoln haunting at 1600 Pennsylvania Avenue after his assassination in 1865. The White House Historical Association compiled a list of the reported sightings and encounters.

For example, Willie Lincoln was seen in the White House by members of Ulysses Grant’s administration in the 1870s.

Jeremiah Jerry Smith, who worked as a footman, butler, and cook in the White House starting during the Grant administration until his retirement 35 years later, claimed to have seen numerous ghosts of former presidents, including Lincoln.

Dignitaries, White House residents, and foreign guests also claimed to have seen the assassinated president, including first lady Grace Coolidge, U.K. Prime Minister Winston Churchill, and Queen Wilhelmina of the Netherlands. According to the White House Historical Association, he was spotted in the Lincoln Bedroom and the Yellow Oval Room.

Lady Bird Johnson reportedly told her press secretary, Liz Carpenter, that she felt Lincoln’s presence when she was watching a television special on the assassinated president. While passing the Lincoln bedroom, Ronald Reagan’s dog, Rex, would often bark and refuse to enter. According to The Washington Post, Reagan once said that the Lincoln bedroom was the only room his dog would not enter.

Lincoln’s ghost wasn’t just spotted in the White House, but apparently made it into a photograph, too, though we know that this was due to some skillful manipulation on the part of the photographer. William Mumler had a reputation as a “spirit photographer” and even photographed a seated Mary-Todd Lincoln in 1872, with a ghostly Abraham behind her, his hands on her shoulders. He often promoted that photograph as his hallmark. No one actually was able to disprove his claims that Mumler was reproducing images of spirits with their loved ones, because no one figured out how he created these photographs. But we debunked the story behind this photograph earlier this year, concluding it was impossible that these were actual ghosts in the photographs.

Peter Manseau, curator at the National Museum of American History, wrote, “One possible explanation was that Mumler was beginning to find new ways to control the chemical reactions on which all photography at the time depended. The ultimate fruit of his mastery of manipulation was a method of printing images directly from photographs to newsprint.”

And ghostly representations of Lincoln through art and photographs were the norm after his death, partly because the nation was looking for hope that their own fallen father figures were watching over them too. According to the White House Historical Association: “ The nation fought so hard to hold on to Lincoln's ghost because he represented the idea of a spirit coming home and looking over its family from above. During a time when so many families had lost fathers and sons, it was comforting to know that the father of the nation was still looking over them as well.”

So is Lincoln still haunting his former abode? Even fact-checkers have their limits, and the afterlives of the dead is one of them.

Previous Article
Next Article
Article 1 of 14 in Collection