Hatcher was one of the "stunt men" on the bench of the 1988 championship Dodgers team. 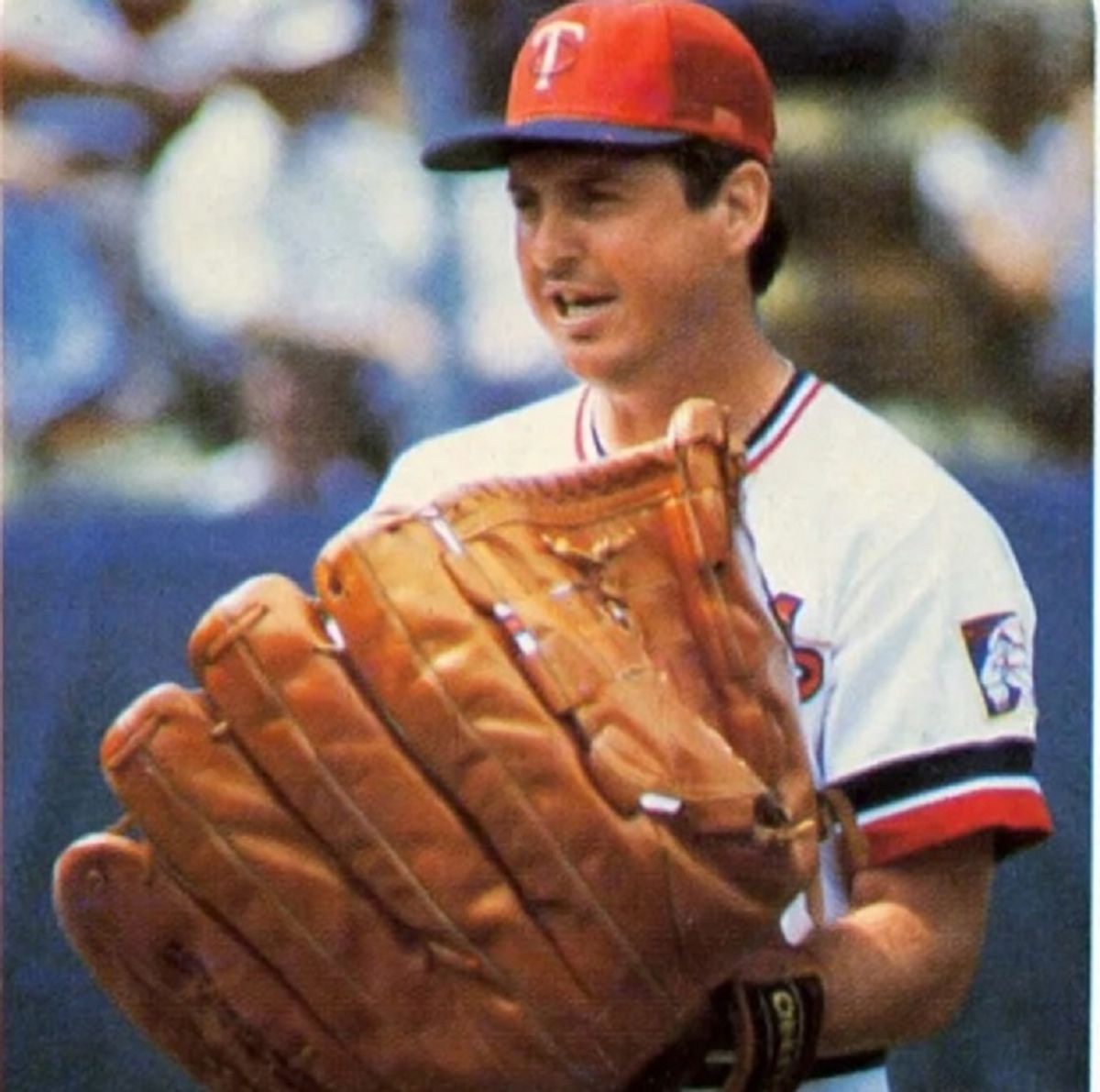 Baseball cards over the years have captured players holding a variety of unusual objects, everything from a large snake to a bat with a hidden obscenity. One of the more memorable entries in this class remains Mickey Hatcher's 1986 Fleer card, which pictures him wearing a giant baseball glove: That classic card left many collectors puzzled about the background of why Hatcher -- who began his MLB career with the Los Angeles Dodgers in 1979, was traded to the Minnesota Twins in 1981, and finished his career with the Dodgers again -- was holding the outsized mitt. The info on the back of the card provided no information to explain what was displayed on its front.

As ESPN noted back in 2012, the outlandish glove was part of a promotional effort (for the Mizuno brand of baseball equipment):

Hatcher says some company had the glove at a spring training game for a promotion of some sort. "I picked it up and the card guy just happened to shoot it when I was out there playing for fun. I said, 'Get a picture of me with this glove, because I need all the help I can get.'"

The Hardball Times also observed that the quirky card was a match with Hatcher's personality:

The card epitomizes Hatcher’s status as arguably the wackiest major league player of the 1980s.

According to one Internet source, Hatcher eventually became the owner of the giant glove. He carted it around, giving himself an ever-ready prop to be used before and after games.

And Hatcher himself expressed that same sentiment to Sports Illustrated in 2015, although he disclaimed having retained possession of the huge fielder's mitt:

Fleer took a lot of other pictures, so I didn’t know which one they were going to choose. I was surprised when they [picked that one], but it made sense: I couldn’t catch with the small glove; I had a better chance with the big one. And I think everyone knew I was a little goofy. That card reflected me as a player well ... I never kept the glove. If I had, I would have made a bed out of it for my newborn kid.

Hatcher eventually earned a World Series ring as one of the "stunt men" on the Dodger's 1988 championship team.