The answer to all of your questions is "no." 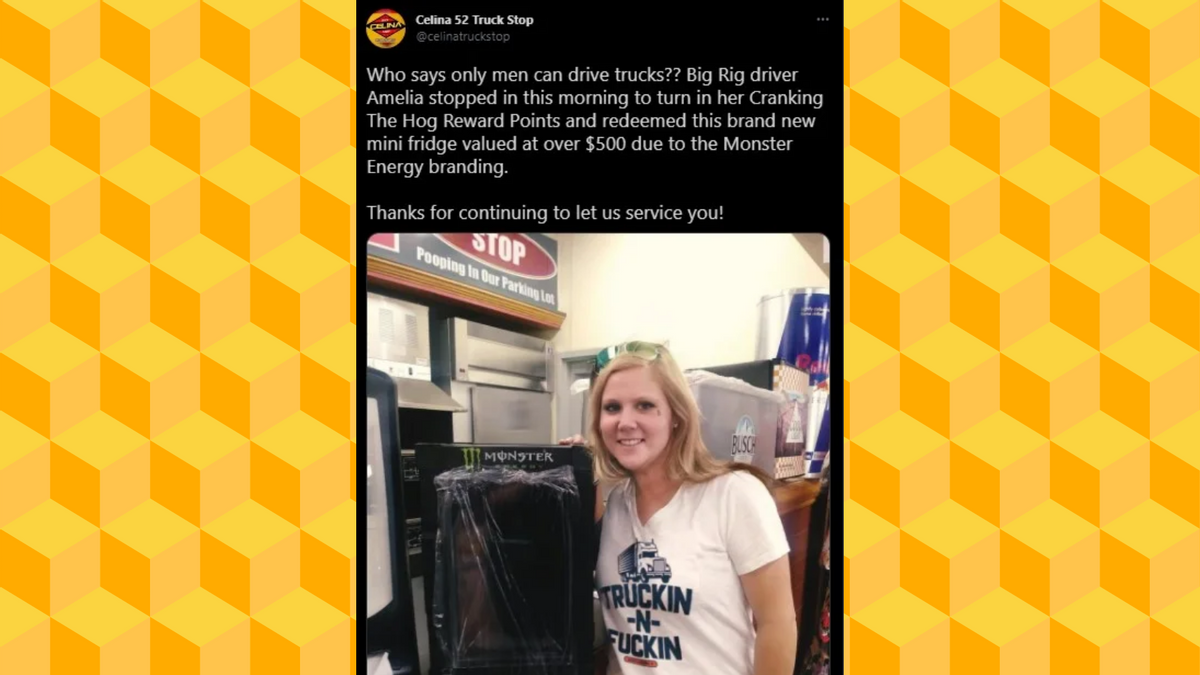 In June 2021, comedian Amy Schumer became a trending topic on Twitter after "Celina 52 Truck Stop" posted a photograph of a new "contest winner" who strongly resembled the actress: In addition to featuring a woman ("Amelia") who was a dead ringer for Schumer, this photograph also went viral because it was accompanied by a bizarre story about her teardrop tattoo: This viral post stirred up plenty of questions on social media. Is that Amy Schumer? Is Amy Schumer a truck driver? Or, wait, did this person kill someone?

The answer to all of those questions is "no."

The "Celina 52 Truck Stop" isn't a real truck stop. They write on their Facebook page that they are a "satire / parody" site.

This Twitter account also frequently publishes doctored photos and fabricated stories. For example, in May 2021, the account posted an image that supposedly showed a trucker named Phil wearing a "Harry Potter Hates Ohio" shirt after winning a tin of tobacco. This was a digitally altered image, however. The original showed NHL player Phil Kessel holding a hockey puck after scoring his 900th point: We're not certain if the Schumer photo was doctored in a similar way, or if "Amelia" is just Schumer's doppleganger. Regardless, we can say that Schumer is not a big-rig truck driver, and that the story about Amelia's teardrop tattoo is almost certainly a fabrication.