Look at This McDonald's Menu from 1973

Back in the day when a 4-ounce, all-beef patty hamburger was a revolutionary new menu item. 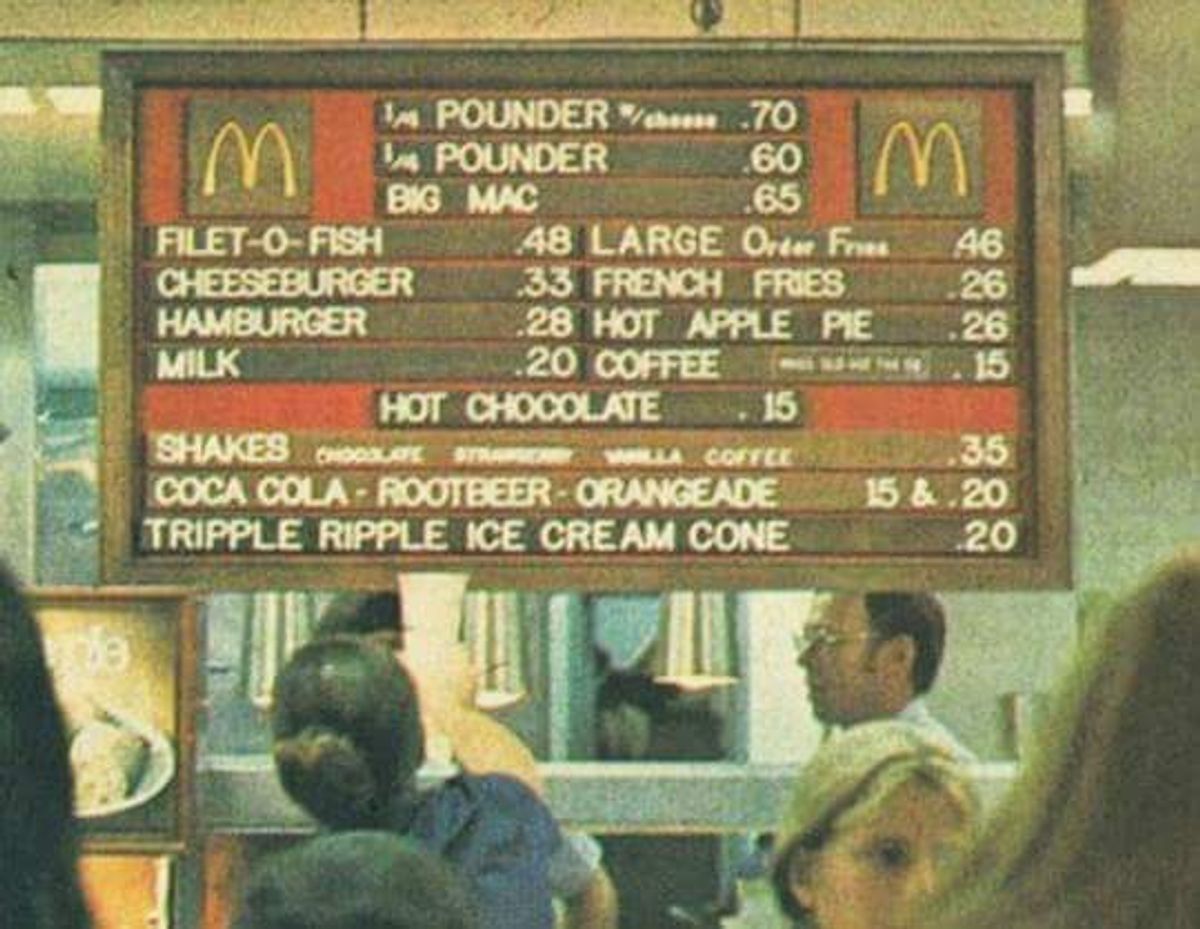 Visitors to the behemoth McDonald's fast food chain in recent years may have found themselves with a bewildering array of menu options, including a dozen or more varieties of chicken sandwiches alone among the traditional hamburger offerings: But if you hearken back to a time nearly 50 years ago, when the Quarter Pounder was McDonald's newest national menu offering (1973), it's astounding to note how spartan the chain's menu appears compared to its modern version: This photograph is rather astounding for what it doesn't include: no combo (i.e., "Extra Value") meals, no Happy Meals, no "double" anything (hamburgers or otherwise), no chicken products of any kind (either in sandwiches or McNugget form), no wraps, no salads, no breakfast foods, nothing with bacon, no habanero or jalapeño or Angus beef, no desserts other than hot apple pies and ice cream, no coffee drinks other than coffee itself, no smoothies, no McRibs. Besides the original basic hamburger/cheeseburger and the newly introduced Quarter Pounder, the only other meal options back then were the Filet-o-Fish and the Big Mac.

Still, that 1973 menu seems lush in comparison to what was available when the first McDonald's franchise opened in 1955. Back then, you could get a hamburger, french fries, and a drink (including milk). And that was it: