The Lion of Gripsholm

The unusual-looking Leo is a royal lion from the 18th century, even if we don’t know much more about him. 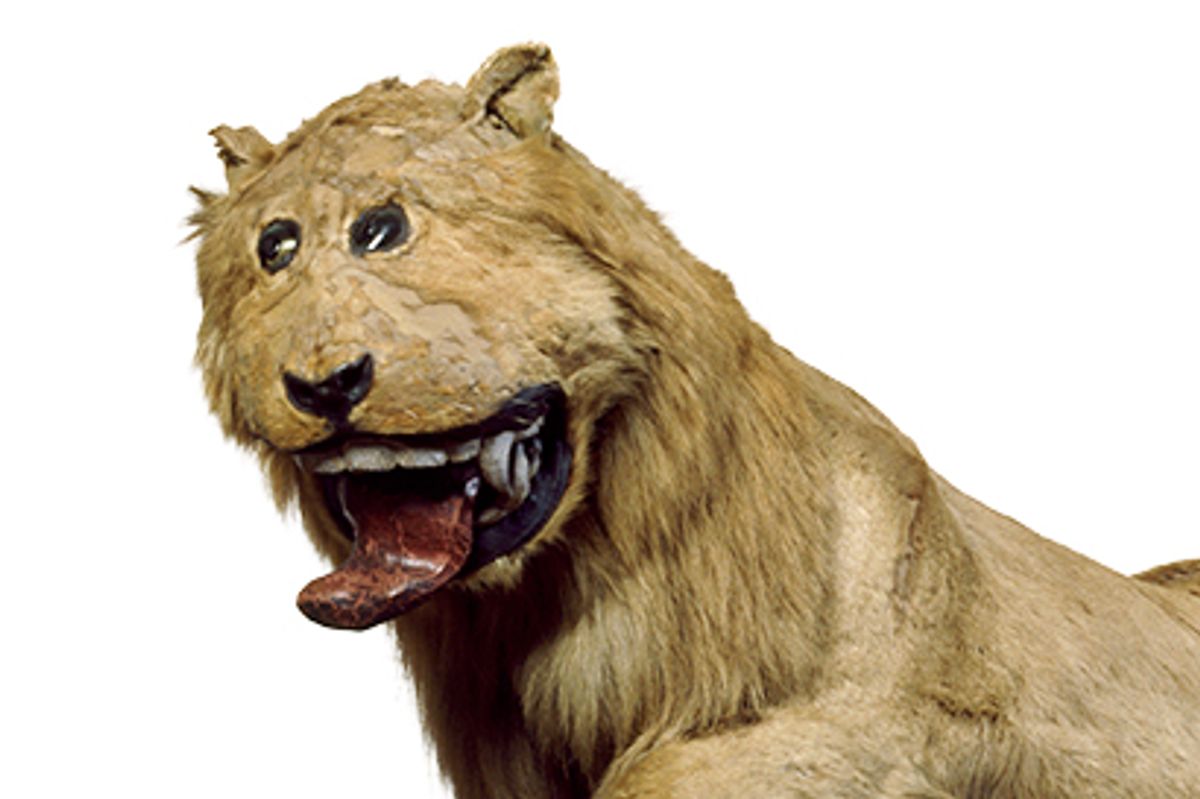 Viewers pondering a photograph of a puzzling museum sign that stated an object "has been removed as we revise its facial expression, which was deemed zoologically improbable and/or terrifying to small children," often encounter it attached to the following photograph: However apt it might seem, the photograph displayed above has nothing do with museum signs referencing a "zoologically improbable facial expression," which were part of a performance art event held at the Harvard Museum of Natural History. The pictured object is a real one, however -- a taxidermy lion from the 18th century identified as "Leo," which is on display at Gripsholm Castle in Mariefred, Södermanland, Sweden.

According to the official Royal Palace website, no one knows quite how Leo ended up at Gripsholm:

[A] real life lion was also amongst the exotic animals that were sought-after in the royal houses of Europe. To give a lion as a gift was a meaningful gesture between sovereigns. Leo the lion was almost certainly one such gift, but no one knows when he came to Sweden. The tale that has long been told about him is the stuff of legend. According to the legend, Leo was a gift from the Bey of Algiers to King Fredrik I, a gift in return for the ‘tax’ that Sweden paid to avoid the Barbary States’ piracy in the Mediterranean Sea. This lion, however, was quickly donated on to the Elector of Saxony.

Nevertheless, he is still a royal lion from the 18th century, even if we don’t know much more. He is the star of Gripsholm that elicits every emotion from wide-eyed wonder to amused laughter.

The reasons behind Leo's rather comical and bizarre countenance in taxidermy form are also unclear. The most commonly offered explanation is that after the animal passed away, its non-perishable parts (i.e., pelt and skeleton) were eventually sent to a taxidermist, but the taxidermist had little or no knowledge of what a live lion looks like (and no suitable reference material to guide him), so he did the best he could with what he had to work with. An alternative theory holds that the creature's altered appearance in taxidermy form was intentional and/or the result of the taxidermist's expectation that the animal would be viewed only from a particular angle:

When seen from the side the lion actually has quite a ferocious appearance. In this context, the lion’s bizarre tongue and fake teeth make some kind of sense. Even the close-set position of the eyes seems to have been done in order to make them appear furrowed and angry. Perhaps the taxidermist simply focused too much on side-view images when mounting the pelt, or the lion was (somehow) never intended to be seen from more than one angle. Whatever the explanation, Leo and his anonymous taxidermist are now vastly more memorable than they would have been if the latter had produced an outstanding (or even passable) example of his craft.