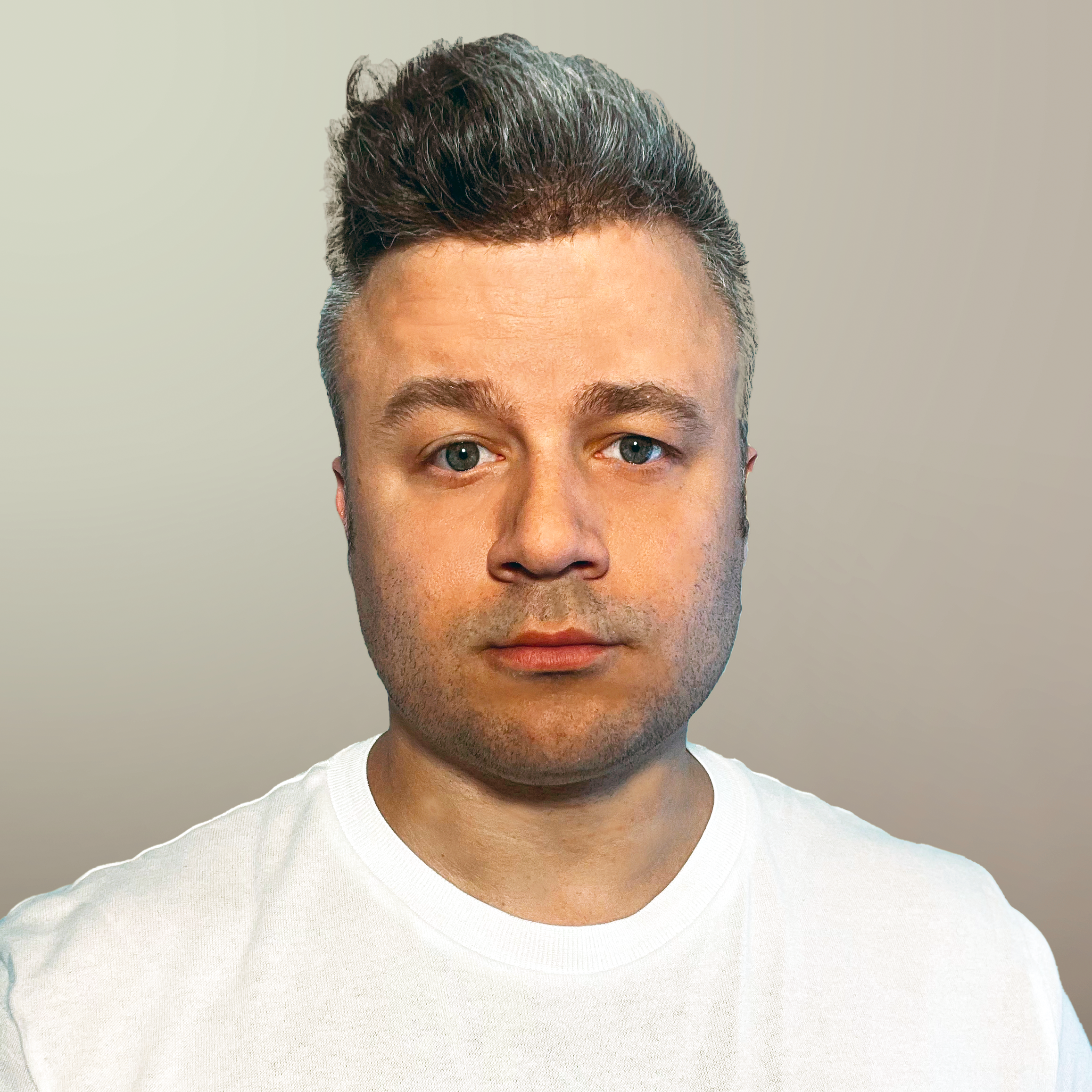 "Are they ashamed of [their] dating business?"

Max Polyakov describes himself as a visionary. Flattering profiles have pushed the notion that he belongs in the company of modern private space entrepreneurs like Elon Musk, Jeff Bezos, and Richard Branson. He is, according to a biography on his personal website, "a follower of the noosphere theory of Academician Volodymyr Vernadsky" who believed that "the human mind and knowledge are considered to be the main driving force behind human development and the most valuable resource of humanity in the preservation of the planet."

These are lofty words for a man whose digital empire has, since the early 2010s, revolved around a collection of sham hookup sites with names like Bang Experts, Be Naughty, and Shagaholic. Despite an apparent two-year effort to obscure the origins and owners of the shell companies that operate these sites following our first investigation in February 2020, Snopes has successfully traced their trajectories as they were apparently bought and sold by a series of shell companies located in Bulgaria, Hungary, Slovakia, Slovenia, Hong Kong, and Cyprus, among other places.

More importantly, Snopes reveals that many of these companies are now nominally owned by current or former mid-level Polyakov employees or associates. This tedious (and evidently failed) effort to disguise these websites' connections to Polyakov lays bare the centrality of deceptive grifts within his broader internet empire.

By email, a spokesperson for Polyakov told us that, "Max Polyakov has never denied that he and Noosphere hold investments in a number of digital companies, including those involved in online dating and affiliate marketing. ... The fact that some of these companies may have complex business structures is not a sign of criminal or unethical actions, but rather a result of business considerations related to things like data protection, intellectual property, taxation, and legal matters. These kinds of structures are used by many other companies around the world."

The individual websites within Together Networks, according to the information in their footers, have always technically been owned or operated by various superficially distinct business entities. Such a setup gives the appearance of a network of unrelated businesses united only by their use of the same underlying software platform. This provides Together Networks with a legal cover that allows it to claim it is not an owner of these predatory businesses, but instead is merely providing services to what is meant to appear as unrelated third-party clients.

Many of these dating sites were once part of the Polyakov co-founded company Cupid plc, which shut down in early 2013 after a series of investigations by the BBC and the Kyiv Post. These investigations documented the company's use of employees to impersonate interested women to get potential customers to sign up for a subscription. After several corporate restructures, these websites eventually became grouped under the brand Together Networks. Via various holding companies, Polyakov had, at least until Snopes 2020 investigation, held the vast majority of shares in the company that ultimately owned these websites.

According to Forbes Ukraine, analysts have estimated that Together Networks had around $250-450 million in revenue in 2020. In April 2021, it ranked as the 27th largest employer in Ukraine, with just under 1,000 employees. "About 300 dating sites operating in 40 countries are gathered under the umbrella of Together Networks," Forbes Ukraine (translated by Google) wrote. "According to its own estimates, the company occupies 15% of the global online dating market."

In addition to their alleged value as revenue-generating dating businesses, these websites are crucial traffic and lead generators for other Polyakov-linked ventures — including those discussed in the previous installment of this investigative series. He may not want to be associated with them, but Polyakov evidently needs to keep Bang Experts and Flirty Cougars within his sphere of influence. This involves, Snopes has discovered, a large network of shell companies that deal with different aspects of the dating sites' operation.

In a comically convoluted corporate structure that is ever-changing, Snopes found that the companies that presently own the dating websites, the companies that process charges for the websites, and the companies that handle the constant chorus of angry customers demanding their money back, have in multiple cases been transferred to owners who listed their employer as Together Networks on LinkedIn, at least until we contacted them.

Into the Corporate Ether

In February 2020, Snopes published an investigation outlining the predatory behavior of Together Networks and its connections to Polyakov's venture capital firm and aerospace endeavors. Following our report, the apparent ownerships of these sites once again began to shift. This time, Snopes watched the process unfold in real time.

Over the course of several months following our reporting, the shell companies listed at the bottom of each of the sites we reported on changed. Further complicating matters is that, in many cases, these shell companies were and are themselves owned by other business entities in other jurisdictions, and the ownership of these holding companies changed frequently, as well.

The process of using multiple entities in this manner is in financial circles referred to as layering. Denisse Rudich, an expert on financial crime prevention, told Snopes that layering can serve both to obscure an entity's ownership and make it harder to initiate legal action against it. "The more jurisdictions that you have, the harder it is to find evidence of criminality, as well as to be able to determine which is the jurisdiction that you want to prosecute in," she told Snopes in a phone interview.

Be Naughty and UpForIt were among the most prominent examples of Polyakov-linked brands within Together Networks. At the time of Snopes' 2020 investigation, these sites were owned by shell companies in the British Virgin Islands. They have since undergone multiple shifts in ownership — passing through companies registered in Bulgaria, Hungary, Slovakia, and Hong Kong:

OneNightFriend, another Together Networks site, was also owned by a British Virgin Islands shell company at the time of our 2020 investigation. The site has evidently undergone a design overhaul, and is presently owned by a Bulgarian company named Apricot Digitals Ltd. Within many of the entities involved in the continued operation of these recently transferred websites, Snopes has identified several connections to Together Networks.

Peeling Back the Layers

Because the majority of individuals named as owners of these and related shell companies are from the eastern Ukrainian cities of Zaporizhzhia and Dnipro, which face persistent threats from invading Russian forces, Snopes is not publishing their names. These records, which in many cases appear to use real addresses, would tie ostensibly minor players and their families to a wealthy Ukrainian with complicated political and business ties in a time of war.

Apricot Digitals, the company listed in the copyright field on a number of Together Networks dating sites, is owned by another company in another jurisdiction — Cyprus-registered Elara Bridge Holding Ltd. The owner of Elara Bridge, according to that nation's company registry, is a Ukrainian citizen Snopes has identified as being currently or recently employed by Together Networks. Snopes refers to this person as "Individual One."

It's not only the companies listed in the copyright field that appear to change frequently. Companies that provide billing for the various Together Networks sites, according to their payment portals, are often different entities than the company listed as copyright owner and change often. These "billing companies," as Snopes refers to them, are shared between many Together Network sites and appear to have a short lifespan. The entities performing this function are evidently rotated out after a few months of front-line processing work.

Aneto Interactive, a Bulgarian company, provided billing services for a wide variety of Together Networks-linked domain names during our investigation. Aneto Interactive also has a layered ownership structure — its intermediate owner is the Slovenian company Inobite Ltd. Snopes has identified Inobite's owner — "Individual Two" — as a current or recent employee of Together Networks.

It's not only the billing and copyright companies that link putatively unconnected dating websites. Another link originates from the websites that theoretically allows a person to cancel memberships to these dating services. People come to these "customer service" websites, as Snopes terms them, not because they know they are being charged a subscription to a dating website and want to stop it. Instead, they arrive because they have no idea what they are being charged for. The URLs to these websites are what is listed as the charge on a credit card bill.

In a few cases, the footer of these websites lists actual company information. In some cases, that company is the billing entity Aneto Interactive Limited. In other cases, Snopes found, it is a U.K. company named Torn Trade Ltd. Snopes identified the person named as the owner of Torn Trade — "Individual Three" — in U.K. company records.

On the Russian-language social media network VK, Snopes located a 2014 photograph of Individual Three attending a party in front of a banner advertising Noosphere Ventures — Polyakov's venture capital fund. While nearly a decade old, the photo nonetheless demonstrates a tangible connection between Polyakov and individuals listed as owners of companies that keep the Together Networks gears moving.

Despite these statements, it is clear that regardless of which company is listed in the copyright field, or who is listed as a company's owner, all of these dating sites make use of the same business entities for billing and customer service. Furthermore, these entities are often placed in the names of people with clear connections to Polyakov or Together Networks. No amount of layering conceals these connections.

They also share another connection. These Together Networks websites — no matter what company claims to own them, which entity provides their billing, or what website services their customers' often futile complaints — appear in most cases to use the Polyakov-owned company Maxpay as their credit card processing service provider. In fact, Be Naughty, as we explain in detail in Part IV, seems to be Maxpay's number one client. Even if Polyakov has no technical ownership of the individual dating sites, he still personally profits from them, at least in part because Maxpay levels service fees on their transactions.

In Part IV, Snopes unravels the inner workings of Maxpay. We found it is a company heavily involved in facilitating transactions from the most overt and predatory scams on the internet. Snopes followed the money derived from these scams as far as the internet allowed. In this case, that was pretty damn far.