AP: Diamond's Cause of Death Was Heart Disease, Not COVID-19 Vaccine

The funeral of Lynette "Diamond" Hardaway included what appeared to be unsubstantiated remarks from her colleague, Rochelle "Silk" Richardson. 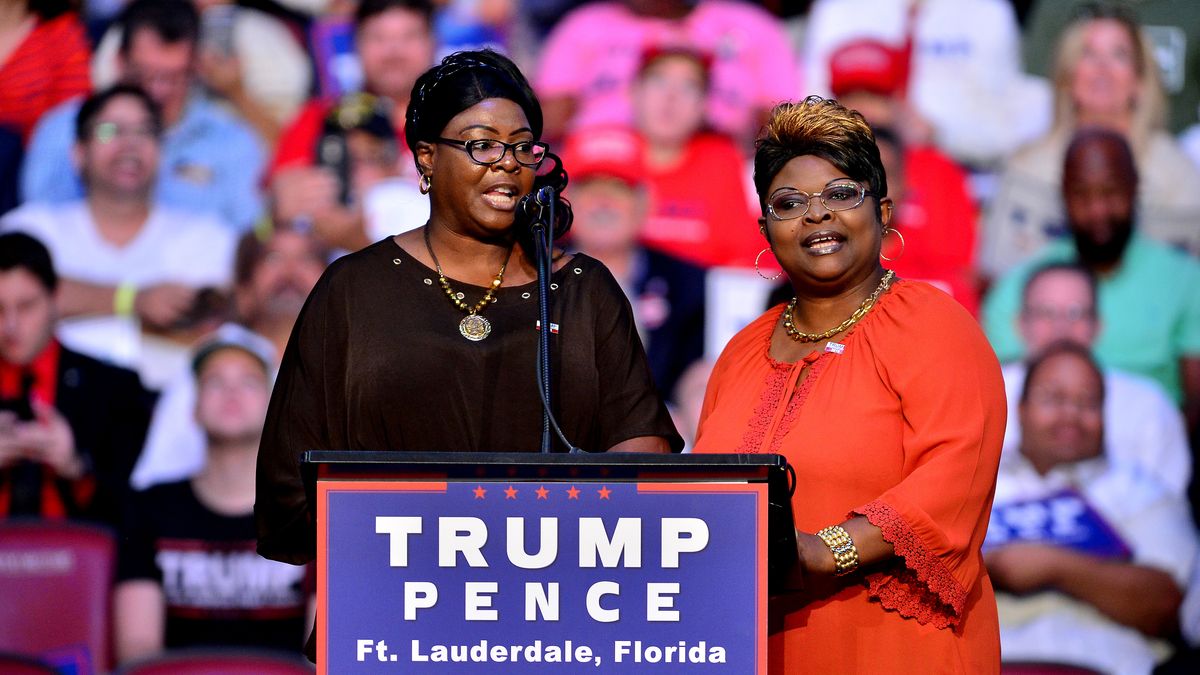 Diamond (L) and Silk (R) speak during a Trump campaign event at the BB&T Center on Aug. 10, 2016 in Fort Lauderdale, Florida. (Photo by Johnny Louis/WireImage)

The cause of death for Lynette "Diamond" Hardaway, formerly of the Diamond and Silk right-wing political duo, was heart disease due to chronic high blood pressure, according to a death certificate that was obtained and reported on by The Associated Press.

She died on Jan. 8. Her death was announced on the following day by former U.S. President Donald Trump on his Truth Social platform.

The AP reported that Hardaway's cause of death had initially "become a topic of widespread speculation" in connection with COVID-19 and COVID-19 vaccines:

Hardaway and her sister, Rochelle "Silk" Richardson, found internet stardom as Black women who ardently backed Trump during his 2016 presidential campaign. After making several campaign appearances with the former president, the two leveraged their notoriety to land regular commentator roles at Fox News. Their promotion of coronavirus falsities eventually got them dropped, but they landed at the far-right cable and digital media platform Newsmax.

The cause of Hardaway's death, which was not released by the family, had become a topic of widespread speculation. A torrent of social media users suggested COVID-19 was to blame.

While speaking at Hardaway's funeral on Jan. 21, Richardson, better known by the moniker of "Silk," appeared to push a widely-debunked "died suddenly" conspiracy theory.

In recent months, the usage of the two words "died suddenly" had become a way to push a rumor that posits, without credible evidence, that COVID-19 vaccines have increased incidences of people suddenly dying with little to no warning. (We previously reported two stories on the "died suddenly" conspiracy theory.)

In a video from the funeral broadcast that was posted by Right Side Broadcasting Network (RSBN), Richardson used the word "suddenly" in relation to Hardaway's death at least three different times.

At one point, she said, "It's time to investigate what's really going on here, and get some answers to why people are falling dead suddenly."

Here's more of what Richardson said:

As soon as Diamond hung up the phone, she said to me, "I can't breathe." It was suddenly, out of nowhere, and no warning.

So what I want to say to everybody is don't you dare call me a conspiracy theorist, because I saw it happen. I saw how it happened. I was there when it happened, and it happened suddenly. I want America to wake up and pay attention. Something ain't right. It's time to investigate what's really going on here, and get some answers to why people are falling dead suddenly.

The AP also noted that Richardson "insinuated Hardaway may have been 'poisoned' by another person who had been vaccinated, amplifying the false notion that recipients can affect those around them."

Richardson's remarks resulted in a number of tweets from right-wing figures who have high follower counts.

For example, sometime "pizzagate" conspiracy theorist Jack Posobiec posted a tweet that referenced Silk's comments about "why people are suddenly dropping dead." He also made mention of the fact that Trump was in attendance at the funeral.

Right-wing activist Rogan O'Handley, whose account has a blue checkmark since he is subscribed to Twitter Blue for $8 per month, tweeted, "This is horrible to watch. Diamond said she couldn't breathe and then died suddenly. Silk is demanding answers about the vaccine and what it did to her sister. Why does this keep happening?! Why do healthy Americans keep dying suddenly out of nowhere?!"

However, again, the AP reported that Hardaway's death certificate said that she died of heart disease due to chronic high blood pressure.

The publication also shared information about a tweet from November 2022 that asked for prayers for Diamond, as well as the following additional details:

COVID-19 was not listed as a cause or contributing factor on her death certificate, which was provided to the AP by the Hoke County Register of Deeds and was signed by a local doctor. No autopsy was performed.

This story will be updated if further information comes to light.