Thunberg was part of a group protesting against the demolition of an abandoned German village for the expansion of a coal mine. 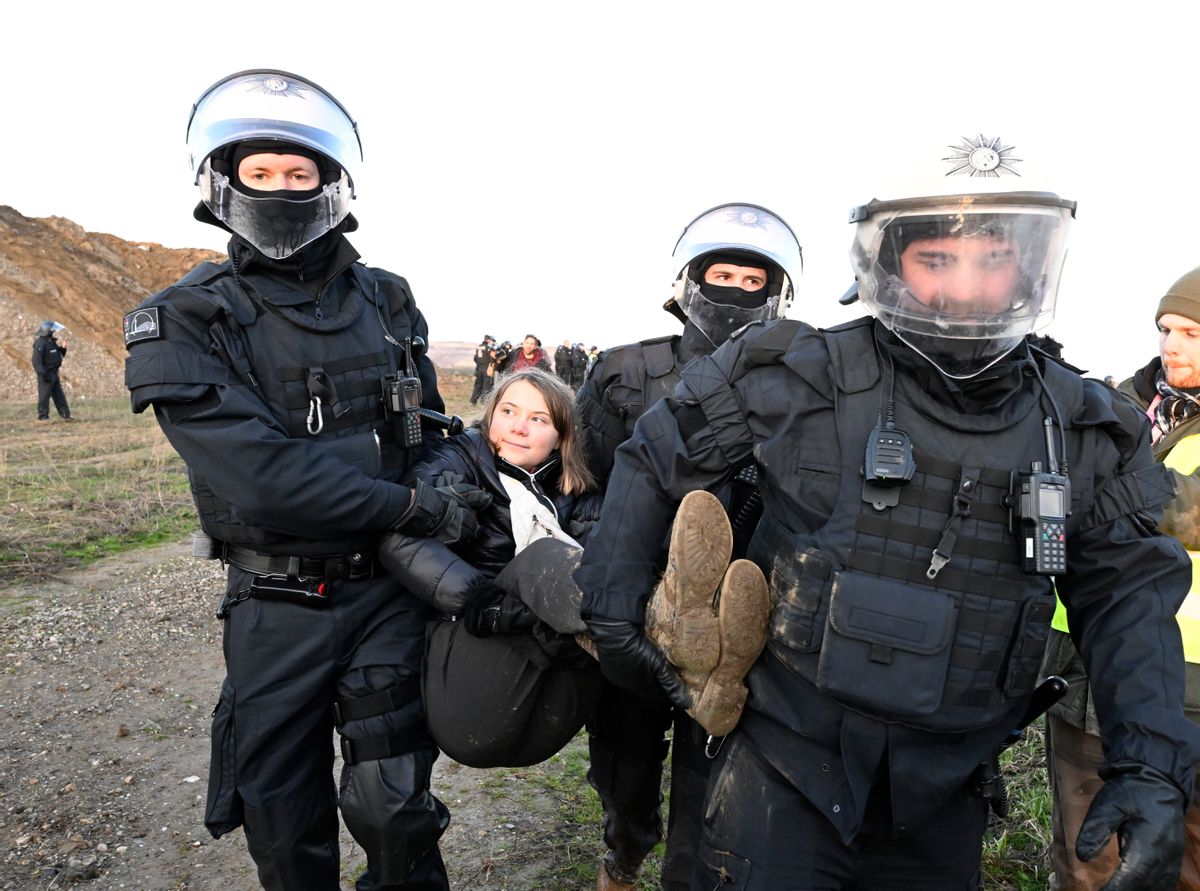 Swedish climate activist Greta Thunberg made headlines while protesting in Germany on Jan. 17, 2023, against the controversial expansion of a coal mine in the region. German police were seen in photographs and videos carrying her and standing next to her while appearing to detain her.

Many online honed in on Thunberg standing and laughing between two police officers in one of the videos, and claimed it was evidence that she had "staged her arrest." A number of our readers also asked us to verify whether Thunberg's "arrest" had been staged for the media.

German police told Reuters that Thunberg was briefly detained — not arrested — and released after an identity check. In the above video, Thunberg appears cooperative and even friendly with the police.

Thunberg was protesting around an opencast coal mine when police warned her and the other protesters to move away from its edge. She was carried away by three police officers and held by one arm at a distance from the edge of the mine, and eventually escorted back towards police vans. She was released later that evening.

An abandoned village near the mine was being cleared for the mine's expansion. The mine owner had agreed with the government to demolish the village in exchange for their phasing out of coal power by 2030, and the village is expected to be the final one to be swallowed up by this mine. But climate activists say this will result in more greenhouse gas emissions, and Germany should be focusing on developing more renewable energy resources.

After the arrest, Thunberg tweeted, saying they all had been "detained" and "kettled" by police. Kettling refers to a method of crowd control by police, wherein a group of people are confined to a smaller area.

The police told Reuters: "Greta Thunberg was part of a group of activists who rushed towards the ledge [of the mine]. However, she was then stopped and carried by us with this group out of the immediate danger area to establish their identity." They added that one activist had jumped into the mine.

A series of photographs of the incident at the scene indicate that the police was indeed taking Thunberg away, holding her for a brief period before removing her from the scene in police vans.

We should note that activists often plan such sit-ins and protests as media events to publicize their cause, in full knowledge that police and media will be present — which is to say that they are, in a sense, "staged," though any arrests or detainments that occur are no less real for their having been expected to occur. It is par for the course to expect that photographs and videos will emerge from such a protest, and that is a key part of Thunberg's activism. In this case, the situation likely developed organically, if predictably.