Why Do Milk Jugs Have Circle Indentations?

"Popping" has nothing to do with it. 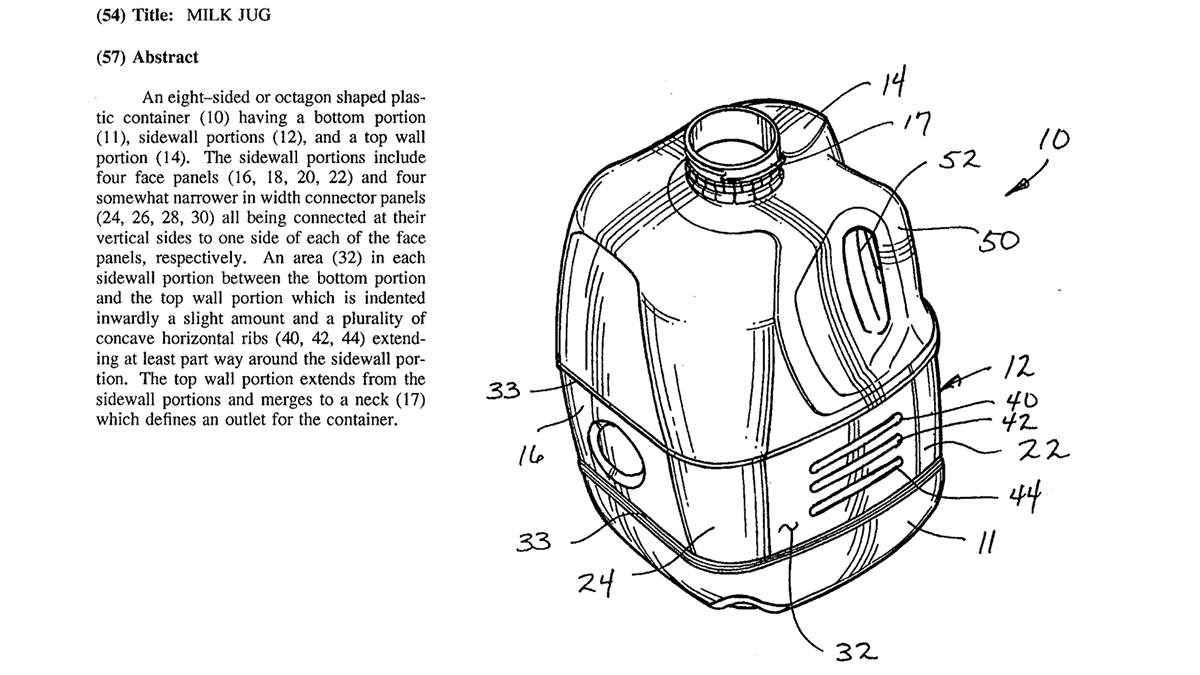 The existence of circle indents on plastic milk containers is a recurring source of internet speculation. "Why do milk jugs have these," a Redditor asked in a 2015 post in the r/whatisthis, for example. The thread was marked resolved after the group settled, incorrectly, on three explanations.

In July 2021, as another example, USA Today covered a viral Facebook claim about those circular indentations. Both the Reddit thread and the Facebook post included the same claim: that these indentations "pop" out, thanks to gas buildup produced as milk spoils. This claim is false. Instead, these indentations represent efforts by the dairy industry to lower packaging costs while making their product visually appealing.

As stated on patent documents for a plastic milk jug containing circle indents, two reasons for them exist: "to control [the] fill level of a given volume of contents" and "to further stabiliz[e] the sidewalls" of a container. This article explores why the expiration explanation fails, and how we know these other two explanations — like a plastic container — hold water.

The assertion that plastic milk container indents "pop" when milk expires relies on the flawed assumption that the process of milk spoilage produces gas. While gas production can occur in some situations, this is not a valid assumption in most cases. That's because the pasteurization process typically kills the forms of bacteria that produce gas, and because most milk spoilage processes do not produce gas as a byproduct.

In their debunking of the milk expiration claim, USA Today interviewed Bob Roberts, a professor and the head of food science at Pennsylvania State University:

According to Bob Roberts … there are two types of bacteria in milk: those that survive the pasteurization process and those that are introduced afterward. While it's possible that gas producers are among those bacteria, it's not always the case, he said.

When milk is refrigerated, it generally spoils because bacteria that survived the pasteurization process break down fats and proteins, creating the sour smell that tells you your milk has gone bad. The bacteria responsible for this generally don't produce gas, so the circle would remain indented even though the milk is old.

As an indicator of spoilage and an explanation for the indentations, then, a gas-based mechanism would be an abject failure.

Plastic milk containers are created by blowing plastic resin into a mold. Thanks to the scale of milk jug production, even miniscule reductions in the amount of resin per container could result in large savings. As that milk jug patent explains, the problem is that it becomes difficult structurally to "provide a container which will remain stable and retain an attractive appearance once filled."

The circle indentations, in part, increase the structural viability of the container and reduce the appearance of a bulge. Their purpose, as described in that patent document, includes "further stabilizing the sidewalls" of the container, which can allow for a reduction in the thickness of the container walls and therefore reduce the amount of material used in their production.

Milk containers must contain precisely measured servings of milk. More important than that, in terms of actually selling the product, is making sure they each appear full to the brim, too. Thanks to seasonal changes and other factors that potentially shrink them, adjustments to the volume of a milk container are occasionally needed. As USA Today explained, "interchangeable volume inserts – which are the indentations you see – allow them to do that without changing the base molds" used in the production of the containers.

The patent filing lays this out as well: "the size and depth of the indentations may be varied … and are used to control the fill level of the container." This quick flexibility is significant, USA Today explained, "because if jugs shrink too much, milk could overflow, but if jugs are too large, they will appear underfilled, even though the amount of milk is the same." Citing an interview with an executive at a plastic container production company, USA Today wrote that "customers won't buy" bottles that appear underfilled.

Circle indents on milk containers are there for structural support and allow for changes to the volume of a plastic container. The former is done to reduce the material used while maintaining structural support, the latter is done to maintain the appearance of a full bottle in the face of various factors that potentially modify a container's volume. Don't hold your breath waiting for them to pop when expired, though.

Travis, Abi. "This Is Why Milk Jugs Have Those Circular Dimples on Their Sides." Distractify, 3 June 2020, https://www.distractify.com/p/why-do-milk-jugs-have-circles.