Report: Damar Hamlin Was Resuscitated Only Once, Not Twice

One of Hamlin's family members previously said he had been brought back to life twice, once on the football field and a second time at the hospital. 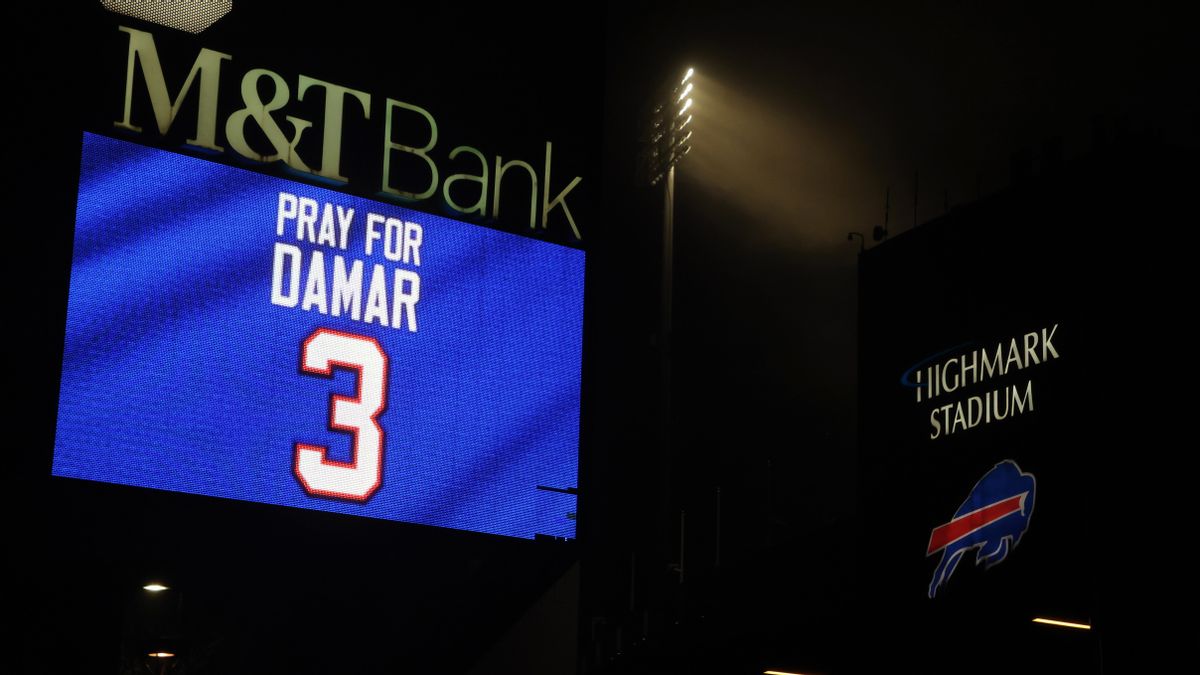 ESPN reporter Coley Harvey has reported on Twitter that Buffalo Bills defensive back Damar Hamlin was resuscitated once, not twice, despite what a family member previously said during an interview on CNN.

Hamlin collapsed on the field during Monday Night Football on Jan. 2, which led to the postponement of the Bills' matchup with the Cincinnati Bengals. CPR was administered on the field after Hamlin's heart stopped, according to The Associated Press. He is being cared for at the University of Cincinnati Medical Center.

Here's how this rumor started.

On the night of Jan. 3, CNN broadcast an interview with Hamlin's uncle, Dorrian Glenn. At the time, Glenn said that his nephew had to be resuscitated twice.

However, according to Harvey's reporting for ESPN, there was only one resuscitation. He cited a family friend named Jordon Rooney, who was delivering the clarification on the behalf of the family.

Additionally, Harvey tweeted that "doctors overnight got promising readings that they had been hoping to see by this morning," which referred to the morning of Jan. 4, and noted that Hamlin was "still sedated and in critical condition in the ICU."

TMZ.com also reported on the clarifying news from ESPN's Harvey. This story will be updated if we receive any further details.

Note: This fact check does not serve to fault anyone for inaccurate information, but rather to help correct the record regarding the tragic events that unfolded earlier this week on Monday Night Football.